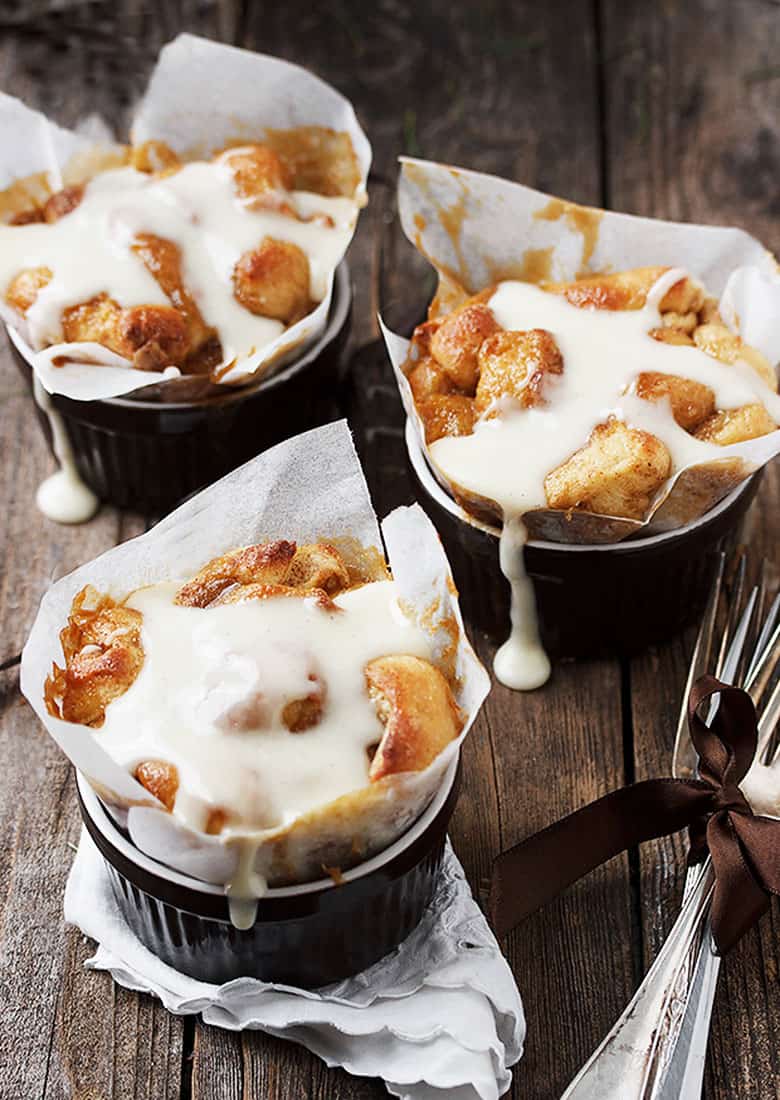 Christmas morning never tasted so good with these Individual Warm Cinnamon Roll Bites with Cream Cheese Icing. And you can make them ahead and freeze them, too! 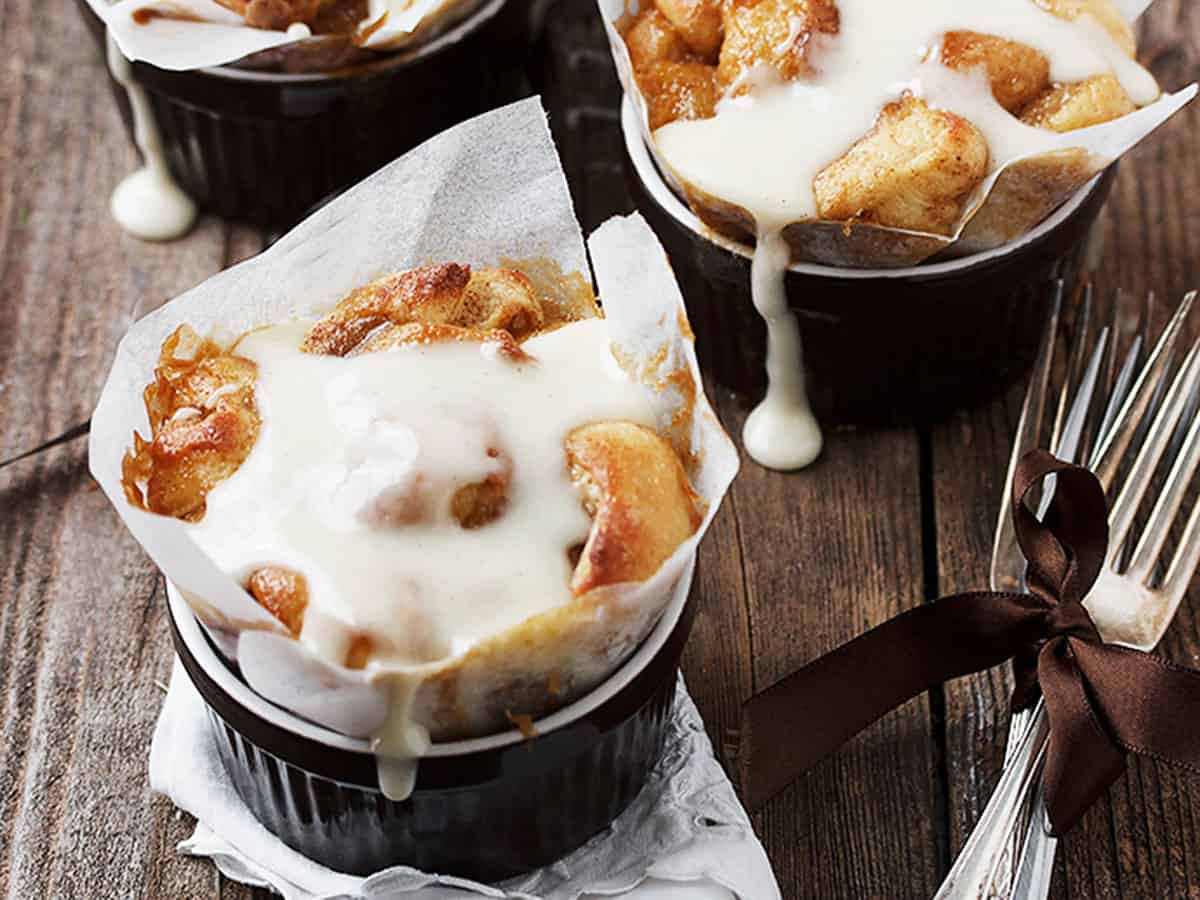 I don't know exactly when or why our Christmas morning cinnamon roll tradition started, but it's been running for decades now. It started out with the old Pillsbury tube ones, then progressed to homemade cinnamon rolls and finally, to these Individual Warm Cinnamon Roll Bites.

For the past few years, I have been making these ahead and freezing them (right in the ramekins!). I also make the cream cheese frosting ahead and freeze it too. Then on Christmas Eve, I take both out of the freezer to thaw over-night. In the morning, all they need is a quick trip to the microwave to warm and we're good to go. We serve them with homemade fruit salad.

I've spent some time working on these buns, with the goal of channeling the the famous Cinnabon® Center of the Rolls. After much trial and error, I think I've got it! My first few efforts, while delicious, were a little dry. I was after ooey gooey. This final version, declared delicious by my in-house test-tasters, nails it perfectly, I think.

he process of making these Cinnamon Roll Bites involves much of the same process as making traditional cinnamon rolls, except you'll make 3 smaller jelly-rolls of dough, instead of one large one. These rolls are then chopped up into small, bite-sized pieces and tossed with some of the sweet brown sugar and butter "goo", which delivers the ooey gooey part. I also baked them loosely covered with tin foil, so they don't brown and crisp up. This ensures nice soft bites that soak up the goo and icing. For the final few minutes of baking, the remaining goo is spooned on top to melt in to the bites just perfectly and ensures that all that goodness doesn't end up at the bottom of the cup.

As for the icing, you can spread it on top or I like to microwave it in a measuring cup just a bit so it's a bit thinner and pourable, so I can pour it over the top. The icing then mixes in with the bites and goo, which is oh so lovely. 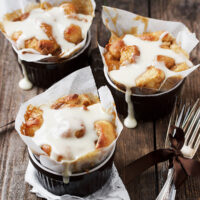 A delicious and decadent treat, perfect for special occasions or Christmas morning. Can be made ahead and frozen, even the icing!
Author: Jennifer
4.7 stars from 3 ratings
Print it Pin it + Collection Go to Collections Share by Email
Prep Time 1 hr 30 mins
Cook Time 30 mins
Total Time 2 hrs
Course Brunch, Dessert
Servings 10 servings 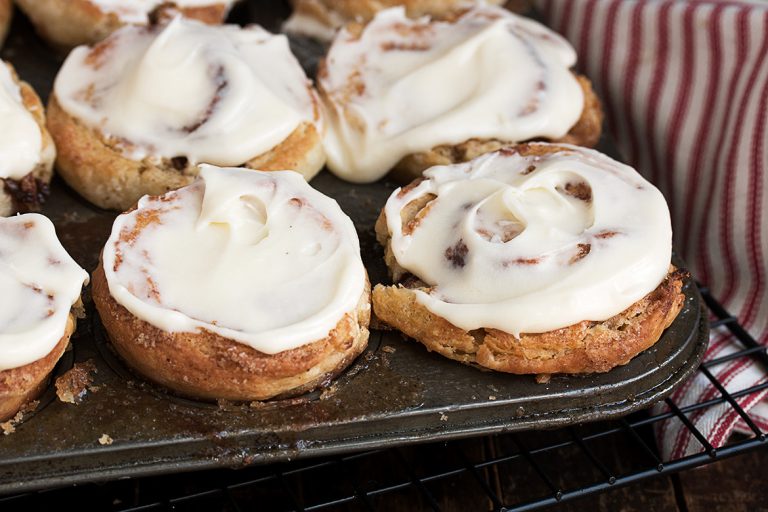 Cinnamon Roll Ragamuffins
Cinnamon rolls for anyone who doesn't like to bake with yeast. These buttery biscuits are delicious!
Get the Recipe
www.seasonsandsuppers.ca 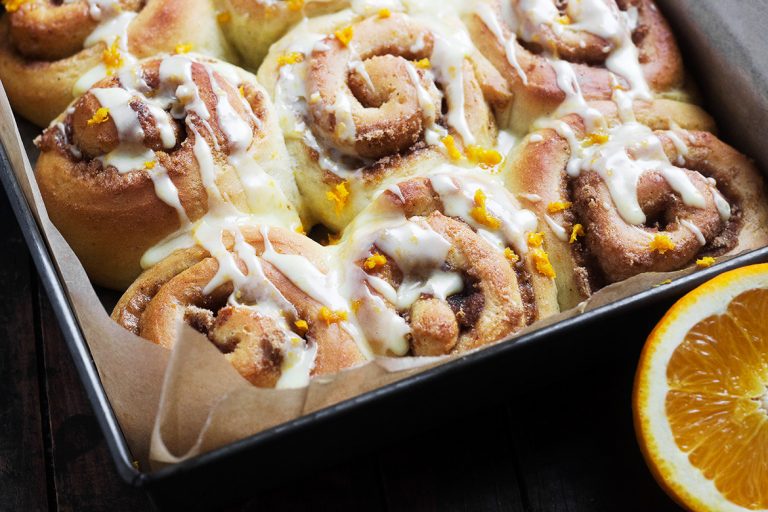 Orange Cinnamon Morning Rolls
Easy and delicious cinnamon rolls, with a hint of orange.
Get the Recipe
www.seasonsandsuppers.ca 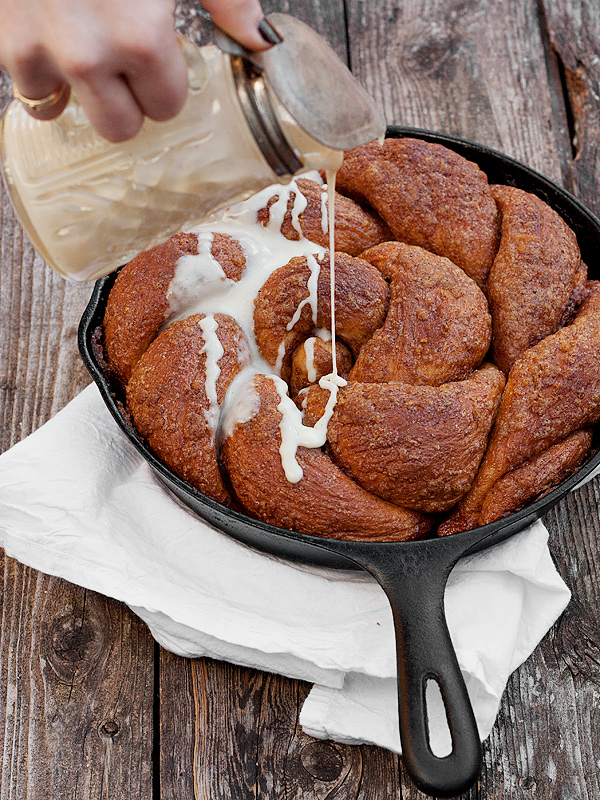 Cinnamon Crunch Skillet Bread
Delicious, easy and pretty, this one bakes up in your cast iron skillet.
Get the Recipe
www.seasonsandsuppers.ca