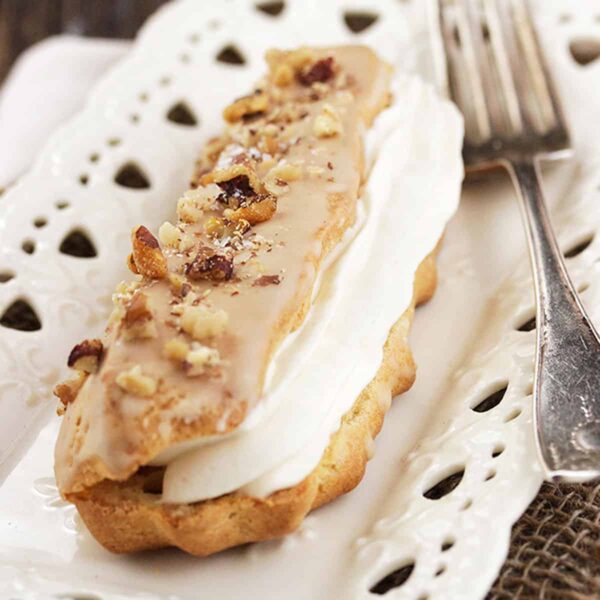 Delicious and easy sweet treats. You can use either walnuts or pecans on top (or neither if you're not a fan of nuts).
Jump to Recipe
5 stars from 1 rating

Celebrate Spring with these easy and delicious Maple Mascarpone Eclairs, topped with a maple glaze and walnuts and filled with mascarpone whipped cream. 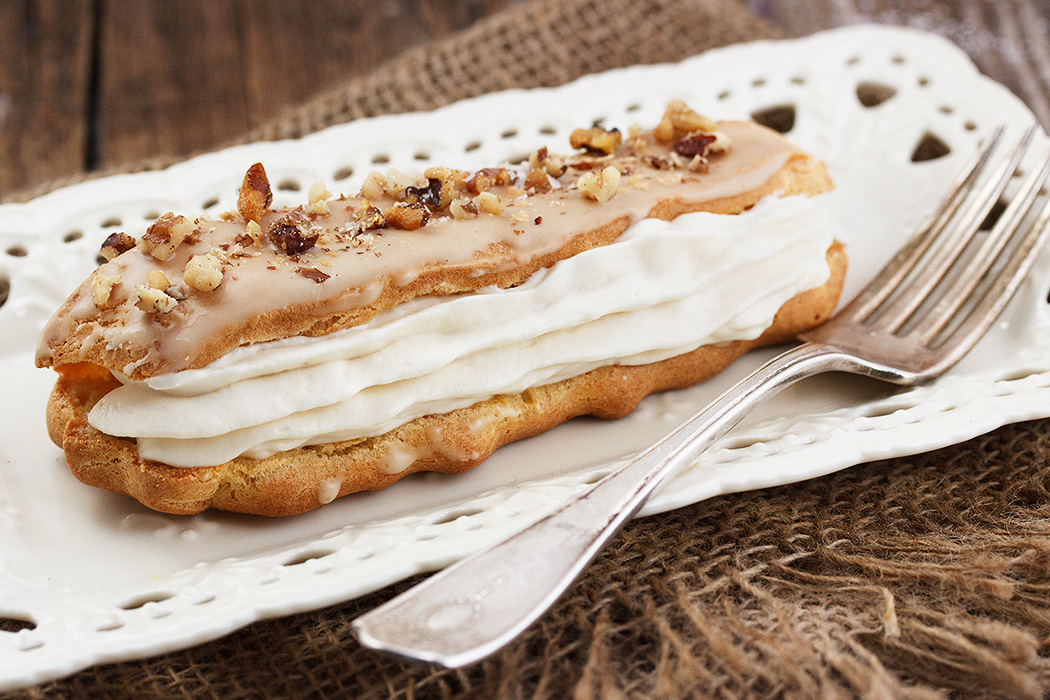 Today is April Fool’s Day, but these eclairs are no joke. They’re super delicious and actually very easy to make. They’d make a great treat anytime, but would be an especially nice addition to the Easter table, I think.

These eclairs feature a maple syrup glaze and are topped with chopped walnuts and a bit of salt (if you like the sweet/salty thing). Then they are filled with a mascarpone whipped cream, which can be made ahead and is wonderfully stable due to the mascarpone.

The choux pastry for the eclairs can be made with the help of your stand mixer or simply mix it up by hand. I find the stand mixer does a great job of mixing in the eggs. They can be baked up somewhat ahead and filled closer to serving, too.

When it comes to eclairs, I like to cut almost, but not all the way through the shell, leaving a “hinge”. I then glaze and top and finally, pipe in the filling. I find eclairs much easier to eat this way, especially when eating out of hand. I just eat them like a hot dog – turning the eclair whipped cream side up. Then, when you bite in to it, the filling doesn’t spill out the sides. The only thing to remember is to do things in the right order – cut, glaze, top then fill. 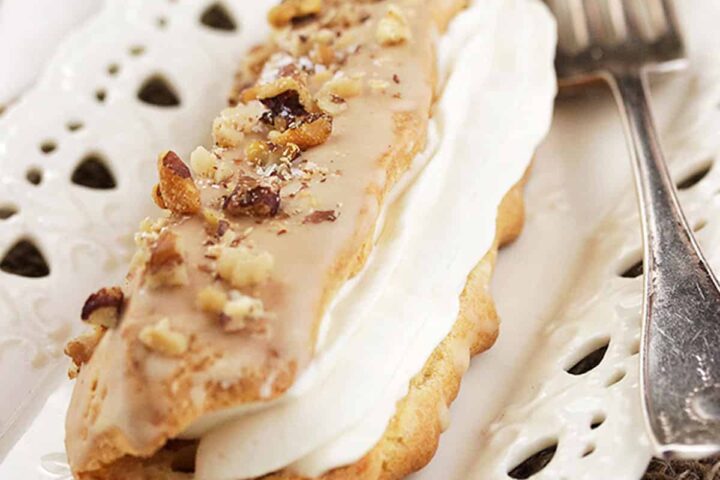 Get the Recipe: Maple Mascarpone Eclairs

Delicious and easy sweet treats. You can use either walnuts or pecans on top (or neither if you're not a fan of nuts).
5 stars from 1 rating
Print Recipe Pin This Leave a Review
Prep Time: 20 mins
Cook Time: 35 mins
Total Time: 55 mins
Yield: 14

Mascarpone Whipped Cream: (can be made ahead and refrigerated)