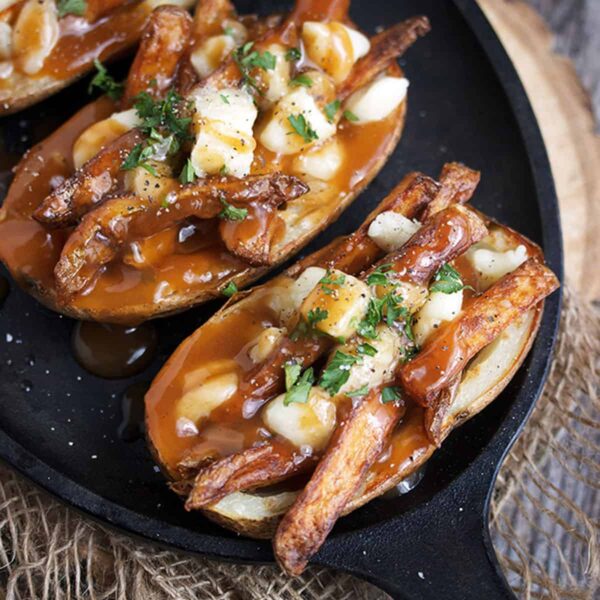 Delicious and perfect for game day eats! Make your own fries or use frozen fries and bake them with the skins.
Jump to Recipe
5 stars from 1 rating 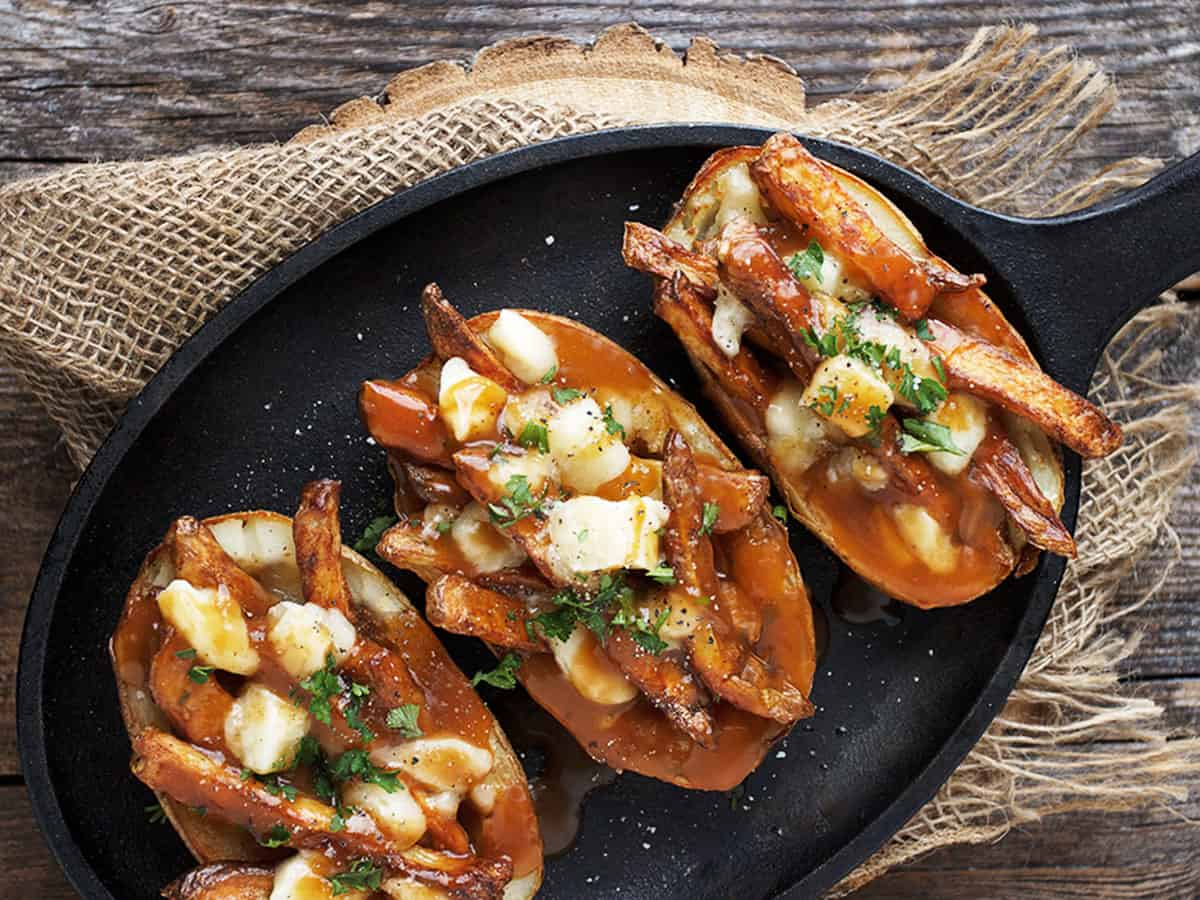 Yes, it’s time to think about football food! I’m not much in to the football part of Super Bowl Sunday, but I’m definitely in to the food. As far as I’m concerned, it’s the one day of the year where any food is acceptable. And it’s in that spirit that I share these Poutine Potato Skins. I mean, what could possibly be better than combining poutine with potato skins??!! And yes, you can pick them up and eat them, too :)

This isn’t much of a “recipe” per se, but more just some ideas on how to put it together. There is lots of flexibility in terms of how you cook your fries, what gravy you use and some alternatives to cheese curds, if you can’t find them. Pretty much how ever you make these, they will be awesome :)

Be sure to check out the “Cook’s Notes” below for a few more tips and ideas for this recipe.

If you can’t find cheese curds, the next best alternative would be pizza mozzarella cheese, torn (not cut!), into large chunks.

Here in Canada, poutine sauce/gravy is widely available in both dry mix and cans. You could also use a beef, brown or chicken gravy. Or try combining beef gravy with chicken gravy, for something that approximates a poutine gravy. 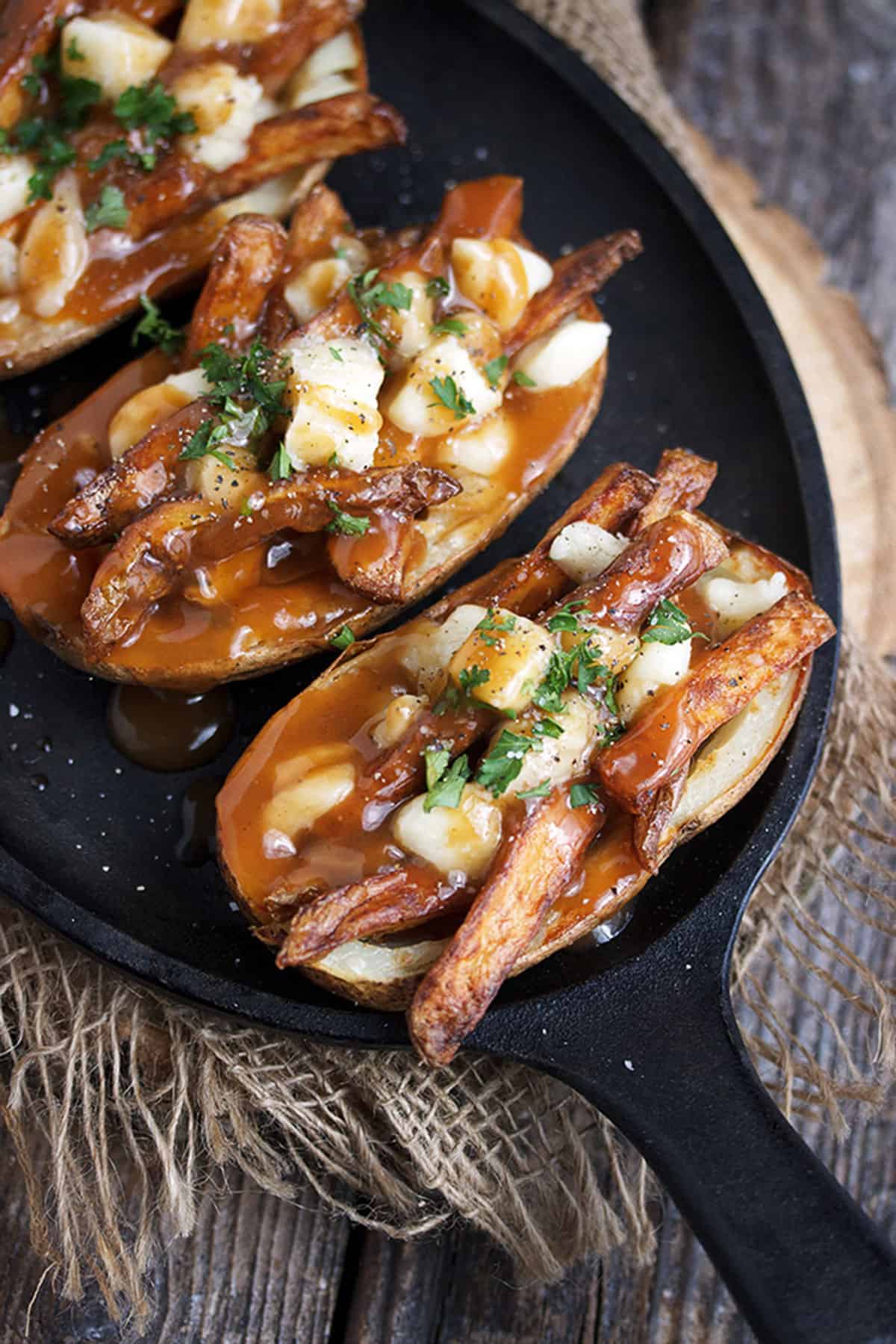 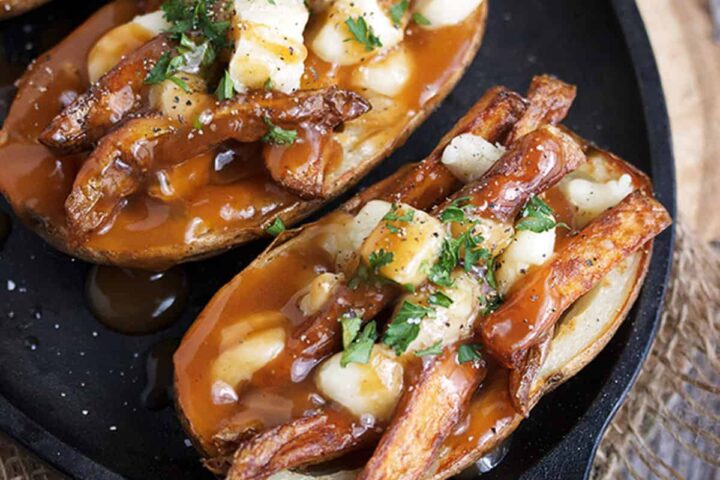 Get the Recipe: Poutine Potato Skins

Delicious and perfect for game day eats! Make your own fries or use frozen fries and bake them with the skins.
5 stars from 1 rating
Print Recipe Pin This Leave a Review
Prep Time: 15 mins
Cook Time: 2 hrs
Total Time: 2 hrs 15 mins
Yield: 8 skins