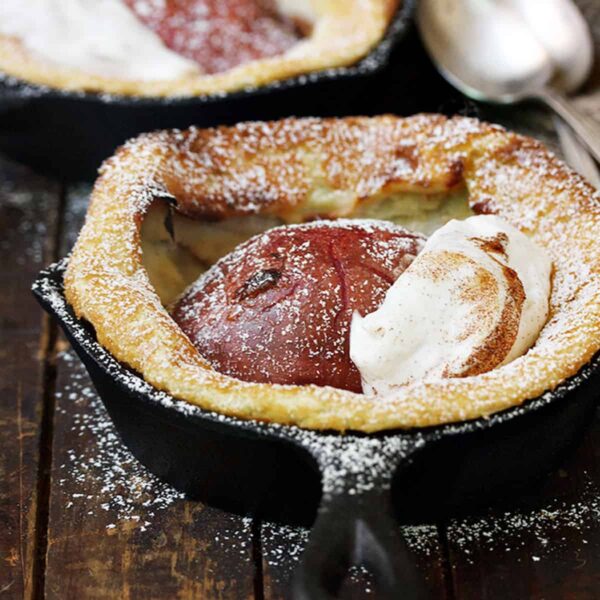 Delicious and super easy, this pear Dutch baby is a wonderful Fall dessert. Served warm with a dollop of cinnamon whipped cream. 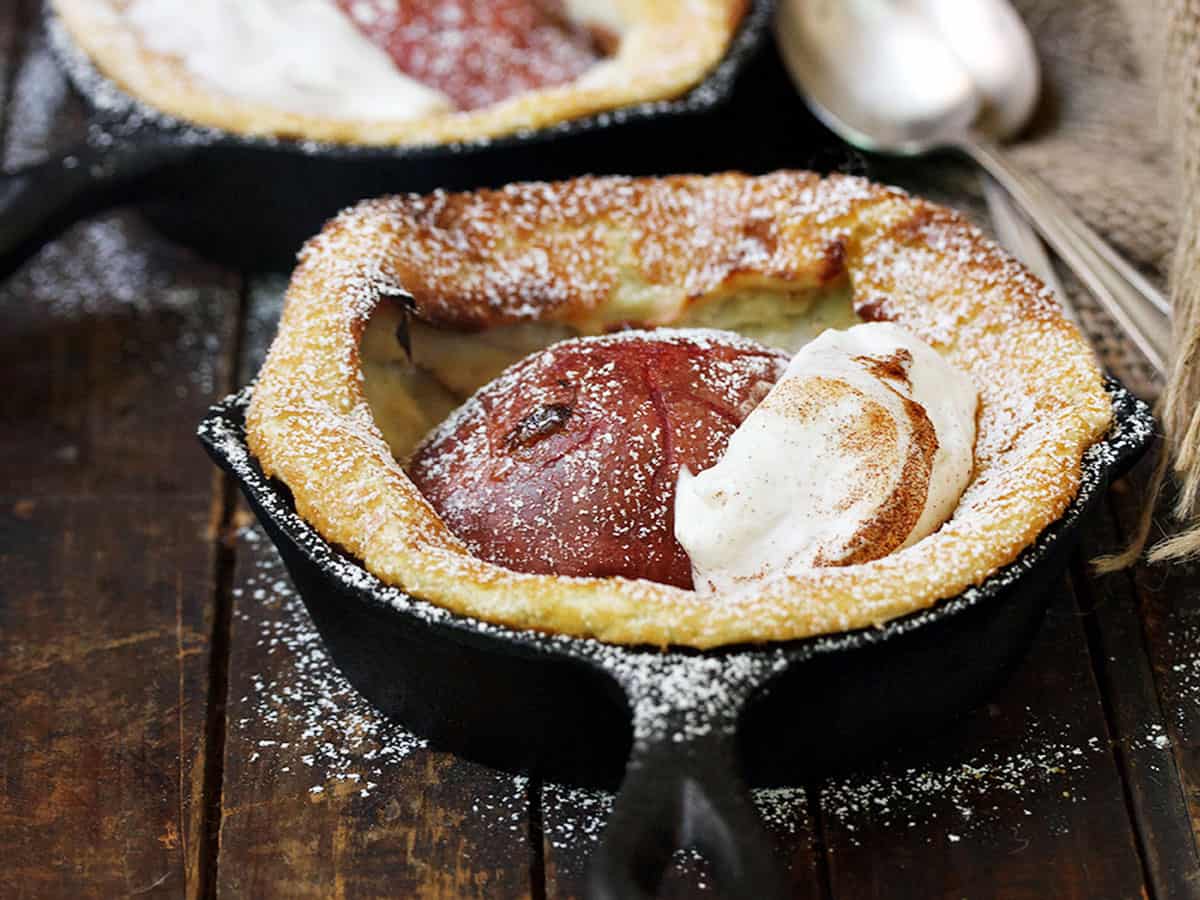 It is always hard for me to resist red pears at the market when they are in season. I love to eat them out of hand, but I especially love them baked. A baked pear is a beautiful thing and especially when baked up surrounded by a Dutch baby.

This easy dessert comes together quickly and easily, so it can be enjoyed any time. Enjoy warm with a dollop of cinnamon whipped cream, for a special dessert. You can make these Red Pear Dutch Babies in individual servings, as I have here, or just make it in one larger skillet and spoon it out on to plates.

Of course, you don’t need to use red pears. They are pretty and roast up well, but this Dutch baby would be nice with other kinds of pears. Be sure to start with a just-rip, still firm pear, to avoid the pears falling apart as they roast.

The recipe below will make two individual, 5-inch skillet desserts. If you’d like to make one large skillet, such as in a 10-inch top diameter skillet, double the recipe and make it in just the one larger skillet. 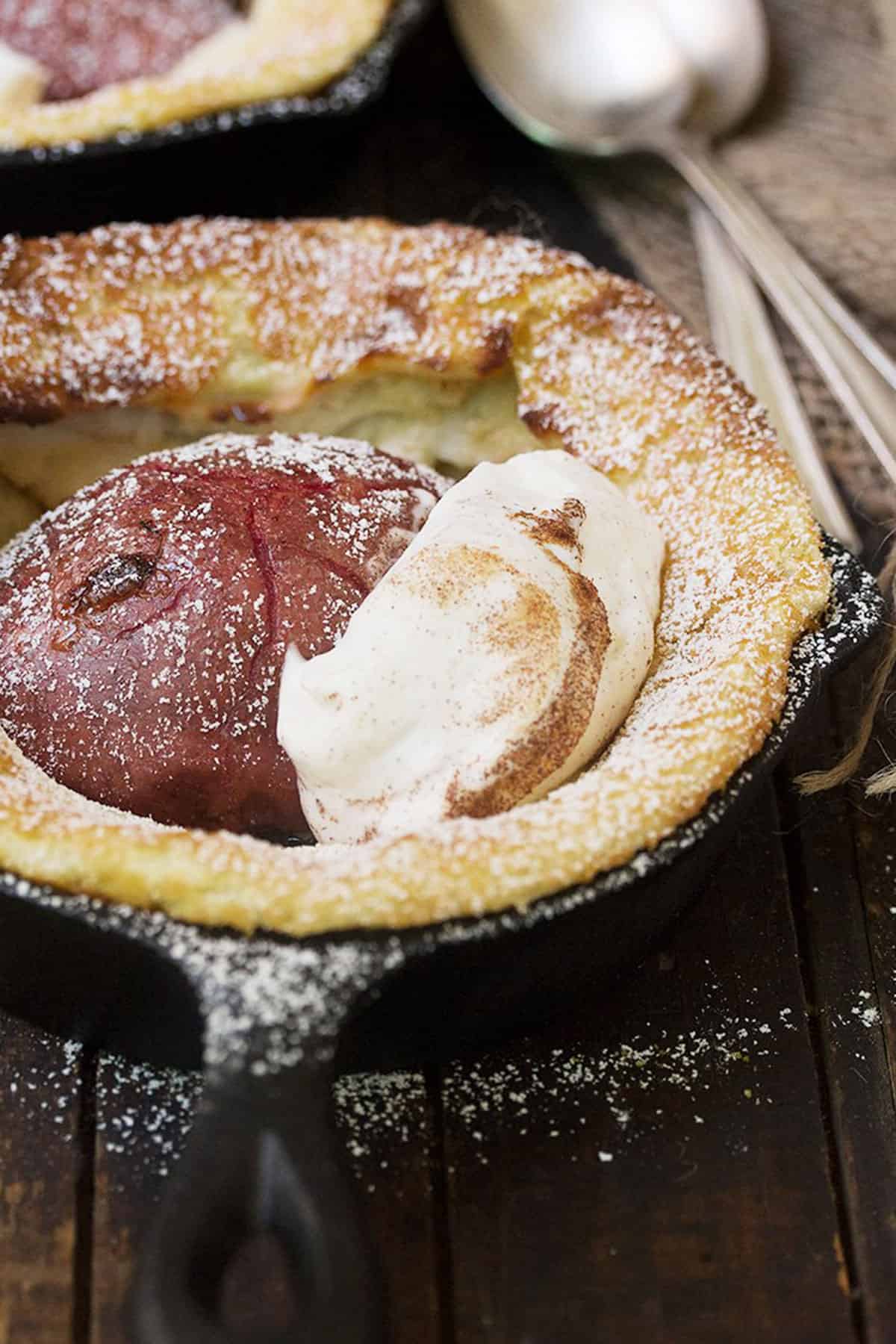 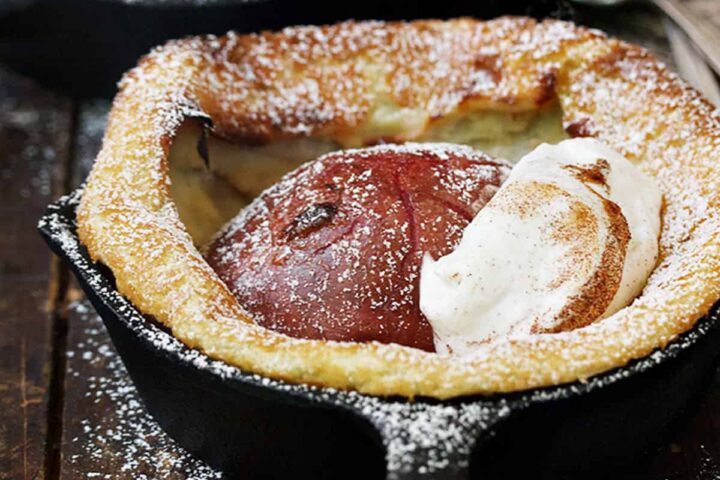