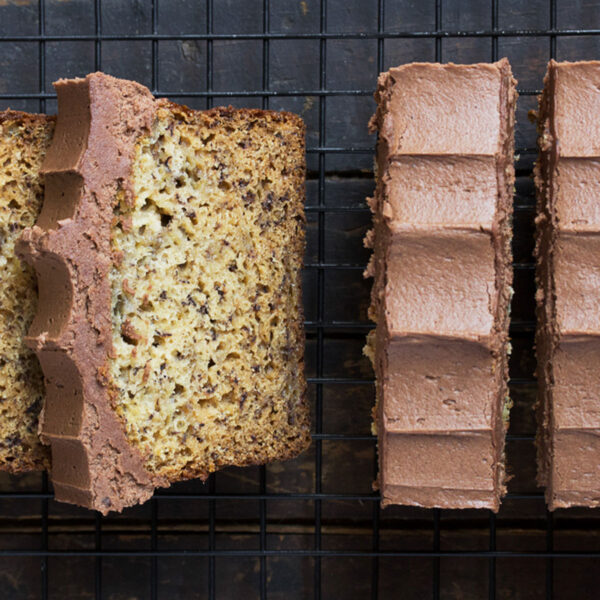 Elevate your banana bread with a generous topping of chocolate buttercream! I like to keep this loaf in the fridge, as it keeps the icing neat and it slices neatly.
Jump to Recipe
5 stars from 4 ratings

This banana bread gets an upgrade with a chocolate butter cream frosting. And it’s a delicious addition! I have made a ton of banana bread over the years and never had it occurred to me to frost it with chocolate buttercream until I spotted such a thing at a coffee shop a while back. Intrigued, I bought a slice and after the first bite, I had one of those “where have you been all my life!” moments. Yes, chocolate buttercream and banana bread is indeed a winning combination :)

Now obviously, there will still be room for plain banana bread in my life. There’s a special pleasure in a buttered piece of banana bread with an afternoon coffee. But when it comes time to really indulge, or win friends and influence people, I’ll be whipping this one out!

Yes, I was a little heavy handed with the chocolate buttercream. I made a bit too much and I hate to waste :) Let me just say though, it definitely wasn’t a bad thing. A generous layer of buttercream is a beautiful thing and a more-than-worthy indulgence, I think :) That said, if you have extra, buttercream icing freezes beautifully, so you can always go that route.

A good stiff (but still creamy) buttercream is best here. Spoon it on, then use the end of an offset spatula to run some lines down the top from one end to the other to make the ridges.

I keep this one in the fridge. It keeps the icing tidy and slices neatly and easily when cold. If you prefer to eat it at room temperature, simply leave your slice on the counter for 5-10 minutes before eating. 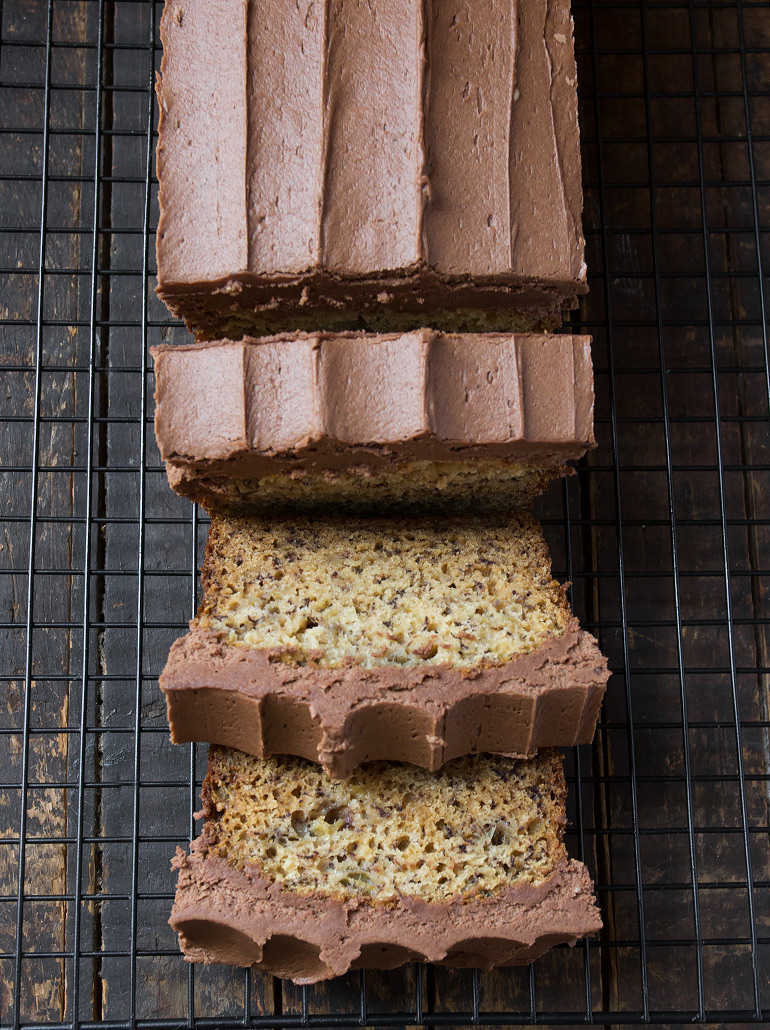 Get the Recipe: Banana Bread with Chocolate Buttercream Frosting

Elevate your banana bread with a generous topping of chocolate buttercream! I like to keep this loaf in the fridge, as it keeps the icing neat and it slices neatly.
5 stars from 4 ratings
Print Recipe Pin This Leave a Review
Prep Time: 20 mins
Cook Time: 1 hr
Total Time: 1 hr 20 mins
Yield: 10 servings