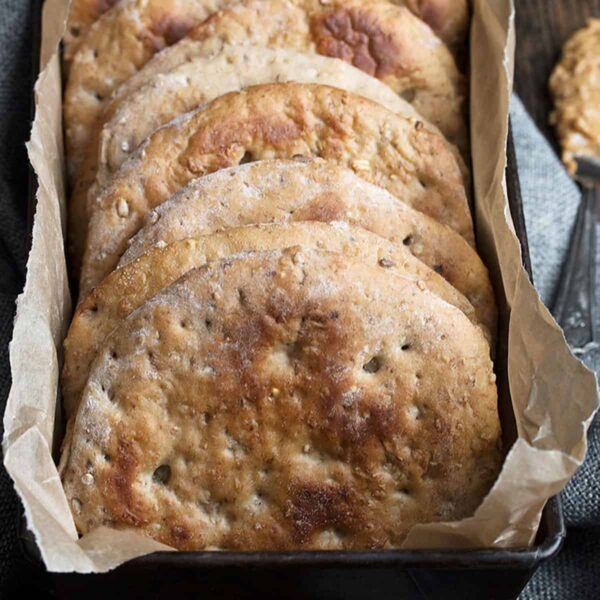 Love Morning Rounds™? Well you can make your own at home, too! My Banana Walnut Multigrain Breakfast Rounds are both easy and delicious, as well as endlessly customizable.
Jump to Recipe Pin Recipe
5 stars from 7 ratings

Love Morning Rounds™? Well you can make your own at home, too! My Banana Walnut Multigrain Breakfast Rounds are both easy and delicious, as well as endlessly customizable. 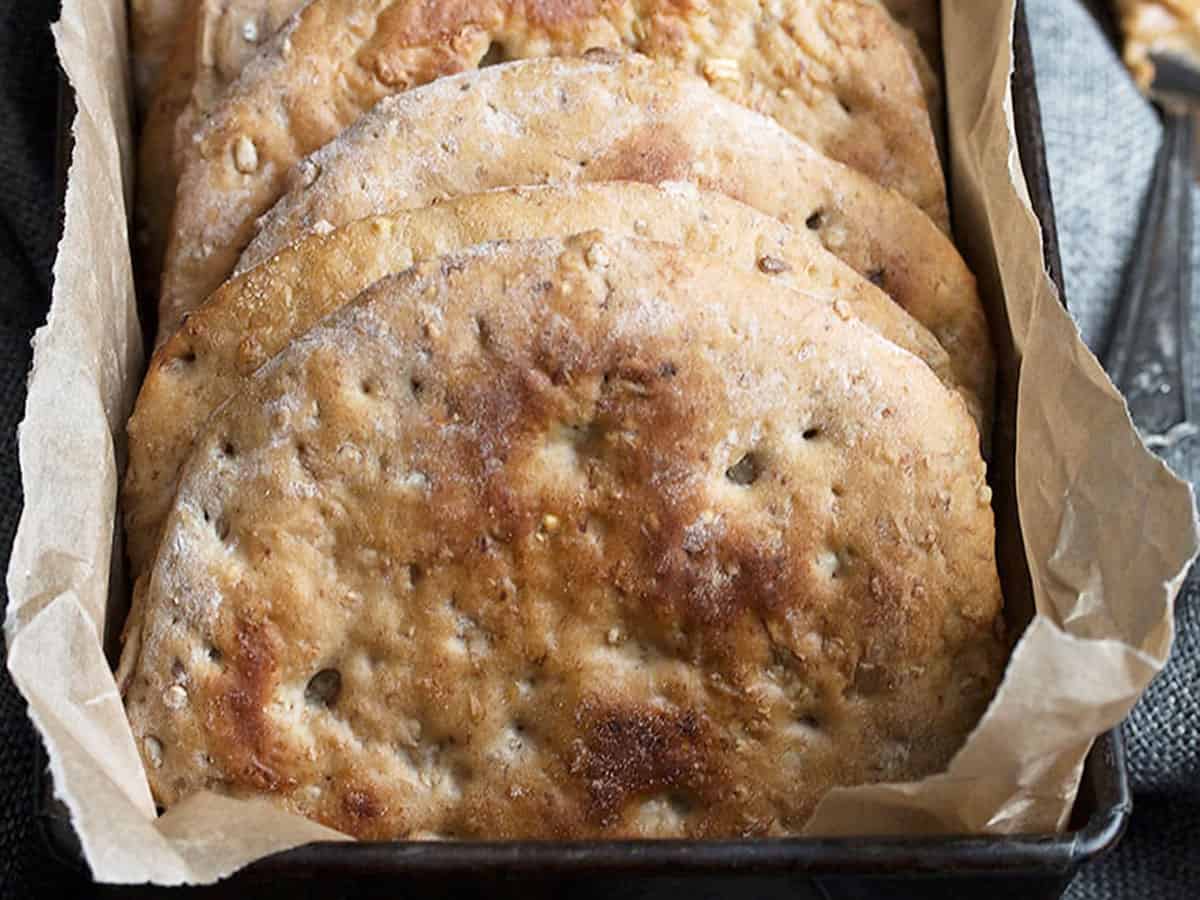 Are you familiar with Morning Rounds ™? My daughter is a big fan and after she was talking about them as her “go to” breakfast lately, I sought them out and tried them for myself. And they were great. But I’m a bread baker and with every bite I took, I was analyzing and plotting how I was going to recreate them at home.

I’m super excited to share this one with you. I tested it many (many!) times to get it just right :) I experimented with many different flavour combinations, which you can read more about in the Cook’s Notes below. This Banana Walnut one was my favourite.

This Banana Walnut version came about simply due to the fact that I had a bunch of over-ripe bananas at the time I was developing this recipe. That and the fact that banana is such a great flavour with peanut butter and/or nutella and or sliced bananas.

To thoroughly enjoy your homemade breakfast rounds, simply pop them in the toaster long enough to warm them, then load them up with your favourite toppings and enjoy!

Once you get the hang of making these, you can start experimenting with different flavours. A couple of things to note …

If you are using fresh fruit, such as mashed banana or shredded apple, you will need to add more flour to your dough, due to the extra moisture in the fruit. Likewise, if you are using dried fruit, you will need to add less flour. For those with the lesser amount of flour, since you will have less dough bulk, you may wish to reduce the number of rounds down to 8, to keep the same size.

You can also play around with adding some fruit juice to the mix. Replace part of the added water with apple or orange juice, to play up those flavours.

I have mentioned before that I bought a couple of smaller baking sheets that will fit side-by-side in my oven, which is the best thing I EVER did! It means I rarely have to do that two oven racks/switch half way through thing. For these Breakfast Rounds, I can bake 5 on each sheet and they bake together, side-by-side on the same oven rack. That means they cook evenly, without fuss. Scroll down for some options if you’d like to pick some up for your kitchen, as well.

I’ve also mentioned before how much easier it is when you have a kitchen scale. To be sure all my rounds are the same size, I weigh the dough ball and then divide by 10, to get the weight for each round. Then I cut off pieces and weigh them individually. Making sure all the rounds are roughly the same size/weight, means that they will cook evenly, too!

The best way to pick up the ingredients for these Breakfast Rounds is to make a trip to your local bulk ingredient store or section (Bulk Barn is one in Canada). There you can pick up small amounts of the required ingredients, or pick up enough for several batches and keep it all together in one place so it’s handy when you want to make another batch.

How to top your Breakfast Rounds: As mentioned above, I loved the banana flavour, as it pairs so well with peanut or other nut butters and/or nutella. Other toppings, such as jam, honey or cinnamon butter are also good. You can also add fruit, such as sliced bananas or apples. 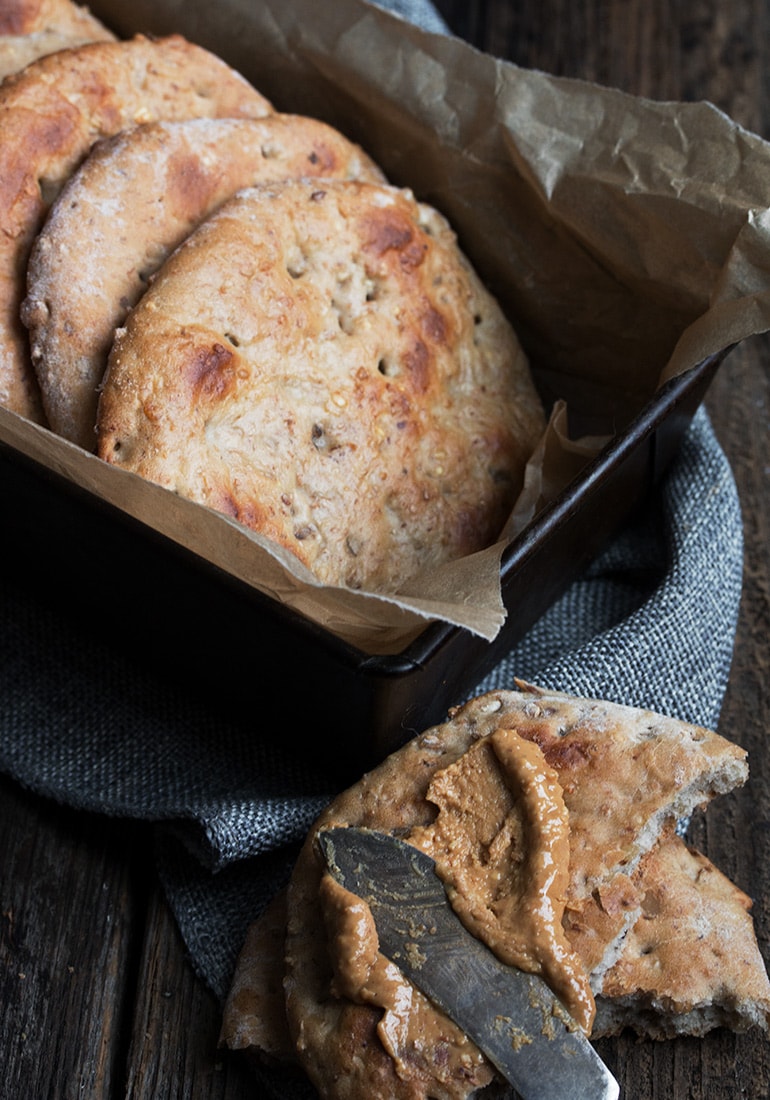 Suggested flavour combinations: Cranberry Orange, Apple Cinnamon, Blueberry Lemon, Date and Walnut, Cinnamon Raisin, Cherry Almond or Banana Chocolate Chip. For the cranberry and cherry, dried fruit is recommended. You could also go with dried blueberries, if you like.

All that said, you can also leave out the flavours altogether and just make a “multigrain” version, that you can top with savory items such as avocado and bacon or sliced eggs, for a great lunch.

You can eat these at room temperature or my preferred method, is to pop them in the toaster to warm them. They don’t need long in the toaster, as you’re not really toasting as much as warming, so just leave them in as long as needed to warm.

These freeze well, but also keep well in the fridge for up to a week. 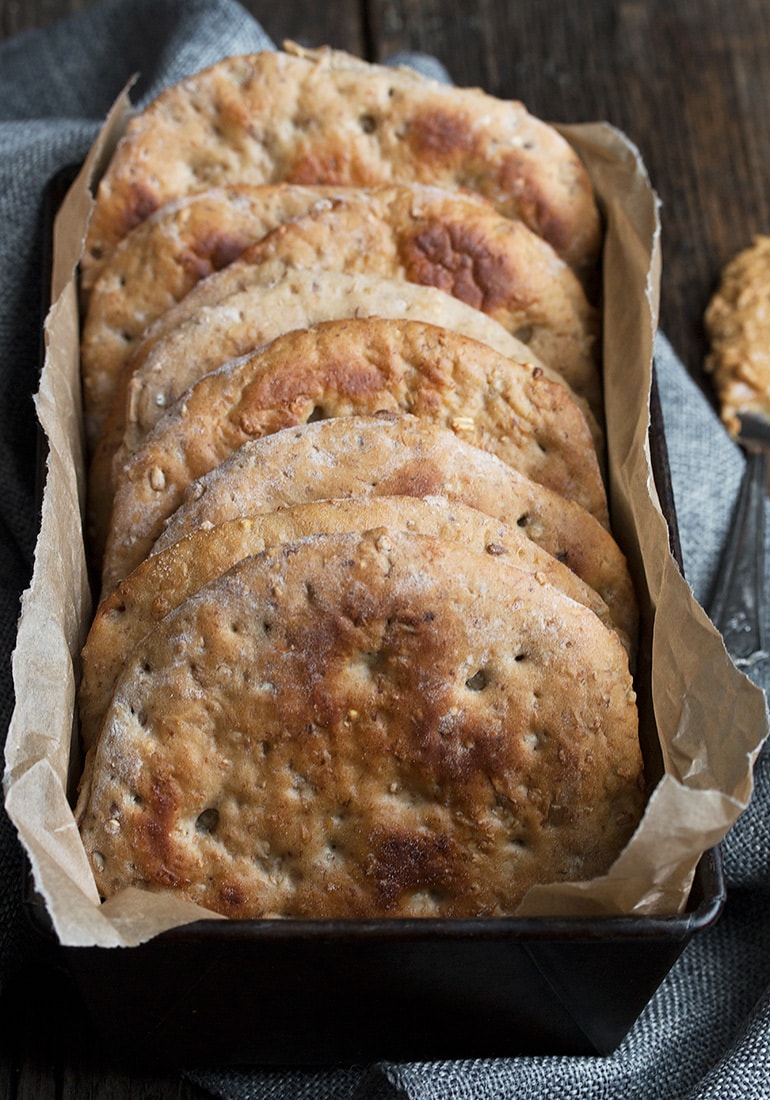 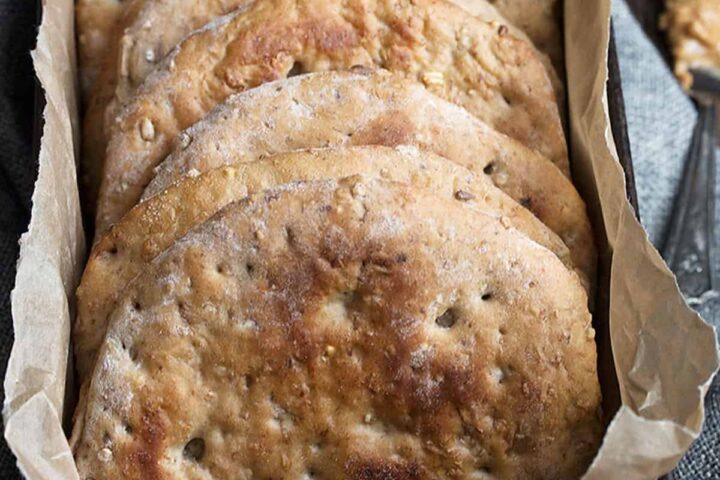 For brushing tops before baking: