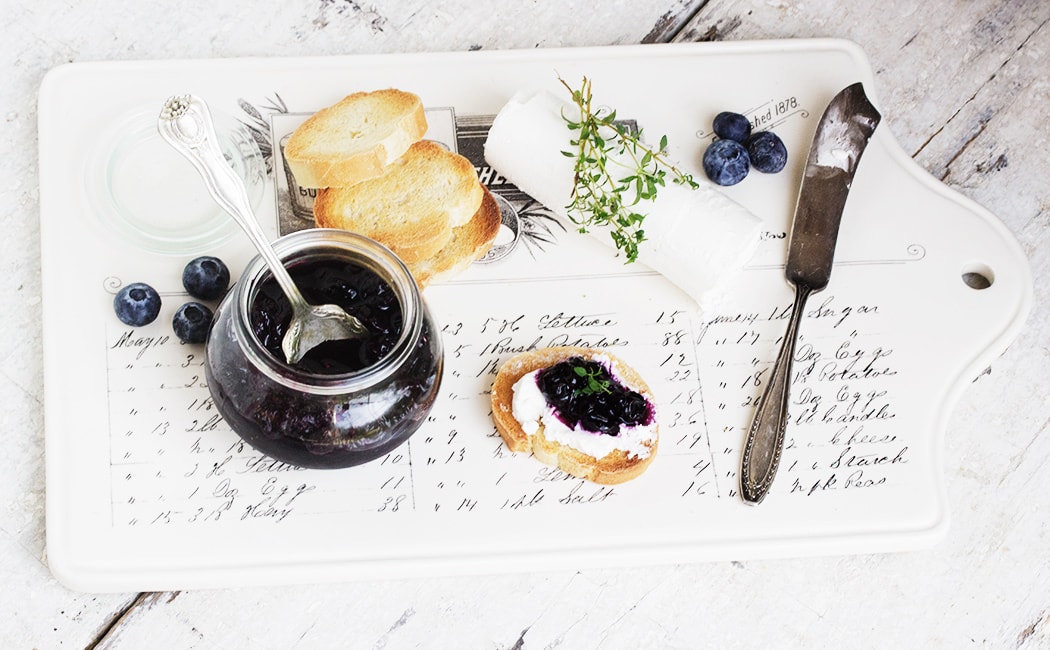 I feared though, that there is something about the name "Pickled Blueberries" that is maybe just a little off-putting. And I certainly wouldn't want to off-put anyone, because this stuff is delicious! So we'll just call it Blueberries with a Bite, so that you can convince other people to try it too. Ok?

Yes, technically this is a quick, pickled blueberry compote. But there are spices. And sugar, too. It's all good, and if you put some on top of crostini with a slather of goat cheese, I'm sure you'll agree it's delicious, too. This recipe makes about 1 1/2 cups of finished blueberries. It's a nice amount for keeping a jar for yourself and to have another to share with someone. You can easily halve the recipe though, if you'd like to make a smaller batch just to try it out. It can be canned/put up as well, following standard canning practices. I prefer just to make a small batch and use it over the short term. It will keep well in the fridge for a couple of weeks. How to Use Your Quick Pickled Blueberries

Blueberries with a Bite are perfect on crostini with goat cheese or aged cheddar. If you're adventurous, try some on a grilled cheese with a great old cheddar. A spoonful on top of grilled salmon is sure to be lovely, too.

This blueberry compote is sweet and tangy, with some lovely warm spices. Perfect for use on crostini with goat cheese as an appetizer. If you're adventurous, try this in a grilled cheese with aged cheddar.
Author: Jennifer
5 from 1 review
Print Recipe Pin Recipe + Collection Go to Collections Share by Email
Prep Time 5 mins
Cook Time 20 mins
Total Time 25 mins
Course Appetizers, Preserves, Snack
Servings 3 4-oz jars