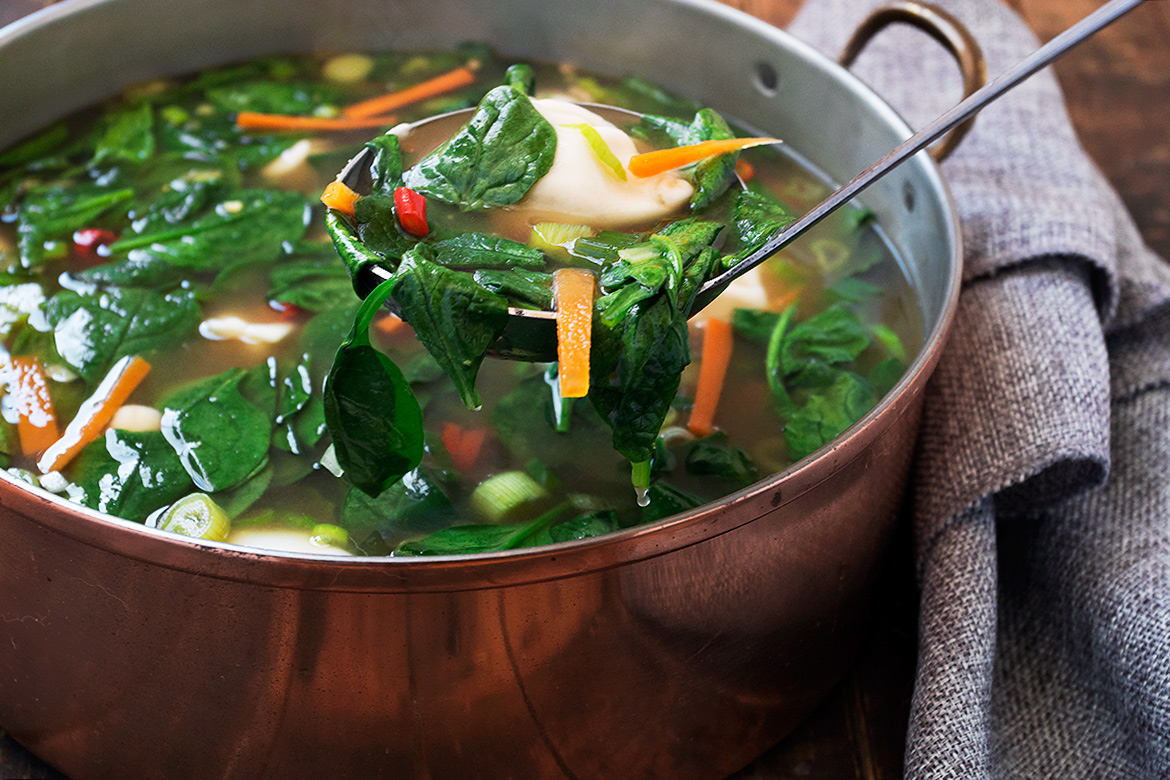 This pork dumpling soup is super quick to make thanks to the store-bought dumplings! It is a delicious, comforting soup with a bit of heat.

This soup is super easy, as it starts with store-bought, pre-made Asian dumplings. I started with Pork and Leek, which was perfect. Throw in some green onion, some carrots, lots of spinach and a bit of spicy red pepper and enjoy. It's ready in less than 30 minutes!

When I made this soup, the only peppers I had on hand were the little red Thai peppers. They were perfect for spicing up this soup, but you can't use a lot of them. They pack a punch. One is probably enough for most. If you have access to peppers that aren't as spicy, you can add more.

While the bit of red is pretty in this soup, if you don't have a spicy pepper around, I'd skip it (or use a little sweet red pepper) and finish the soup with a splash of Sriracha for the spice. 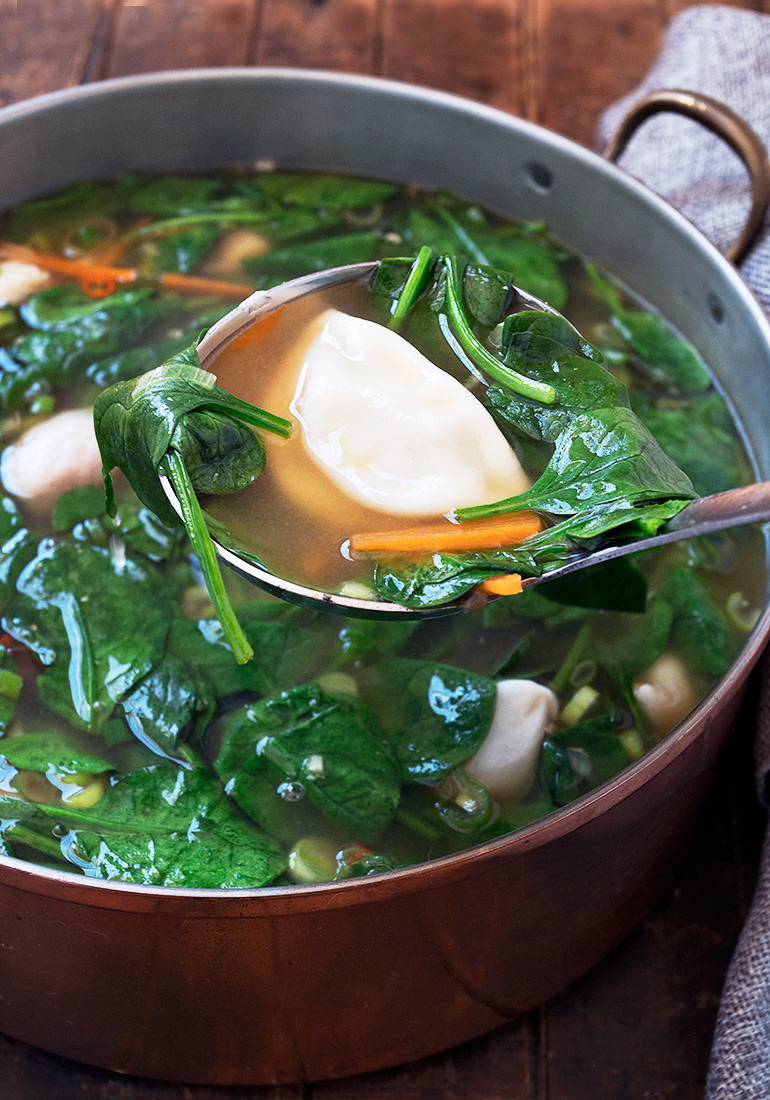 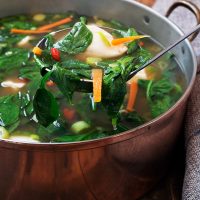