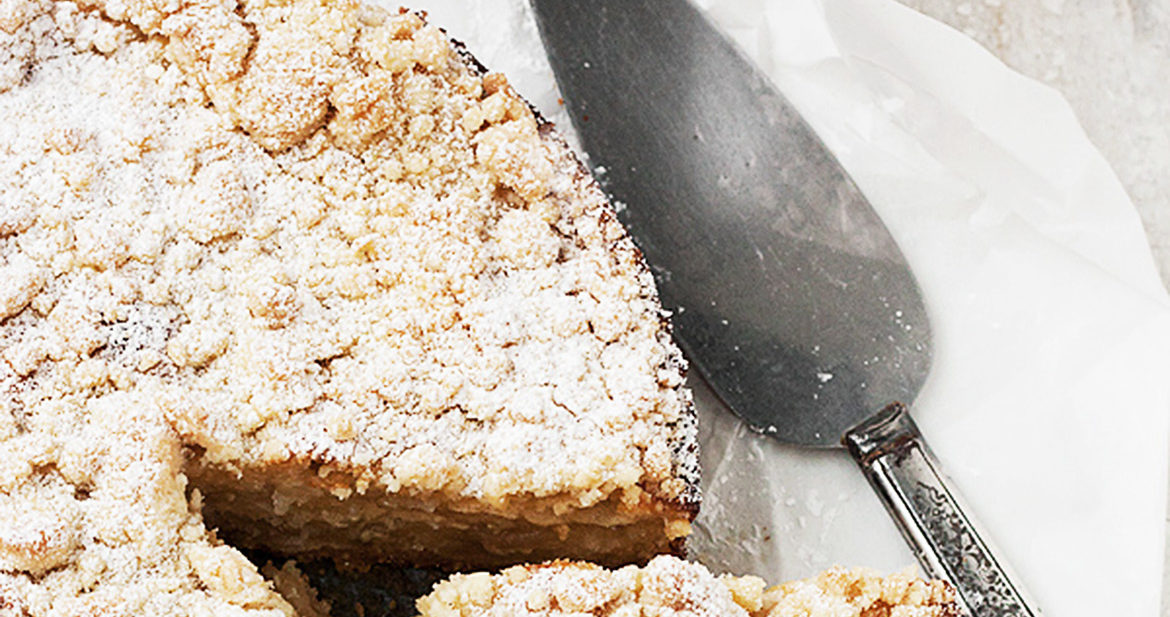 Delicious and unique Fresh Apple Crumble Cake, with layers of apple, encased in a lovely crust and with a wonderful crumble topping.

I love to read Italian baking forums. Italians are, among other things, great bakers. The only small issue ... they're written in Italian and I'm always totally at the mercy of google translate. Sometimes, the words just don't translate into things that actually make sense. This is particularly troublesome when dealing with baking recipes, where precision and clarity kind of help. If I'm intrigued enough by a recipe though, I'll often just take the part that I can figure out and wing the rest.

Let's just say I did a lot of "winging" with this one. Combine the translation issues with rampant, last-minute ingredient substitutions and a scale that decided to go on the fritz half way through and I have, quite possibly, turned it in to a completely different recipe. No matter, this cake was one of the best things I've eaten in some time, and given how much I bake, that's saying something! This cake has such a unique preparation. I don't think I've made anything quite like it. I was expecting the base to be somewhat like a pie pastry, but it actually comes out like sand. I was sure I'd already messed up the recipe when I scattered it into the pan. I just went with it though. After 20 minutes in the oven, the crumbs had set and encased the apples. Then when you pour the egg mixture over top, you'll be sure that it will never come together as anything that will eventually be sliceable, but it does. It's awesome! Those sandy crumbs bake up into a crust that my daughter thought tasted like shortbread. Inside are tender apples, surrounded by a creamy thick sauce. The crumble topping provides lovely sweetness and crunch (and look awfully pretty, too). It's perfection.

As you can see from the photos, the sides of my cake got a bit more browned than they should have. It wasn't obvious until I removed the ring from the springform pan. I had started to doubt the oven temperature I should be using and had bumped it up a bit during the last stage of cooking. Then, when I checked it in the oven at the 60 minute mark (total cooking time), it was sunken in the centre. Convinced that it wasn't cooked yet in the middle, I gave it another 5 minutes. I probably shouldn't have done either of those things. That's clearly just the way this cake bakes. As long as the cake is not "jiggly", somewhere around 60-65 minutes total is just fine, even if the centre is sunk down. My cake was made with half and half cream (10%) and full fat sour cream. I used Empire apples. It is best on the day it's baked, but still good next day. 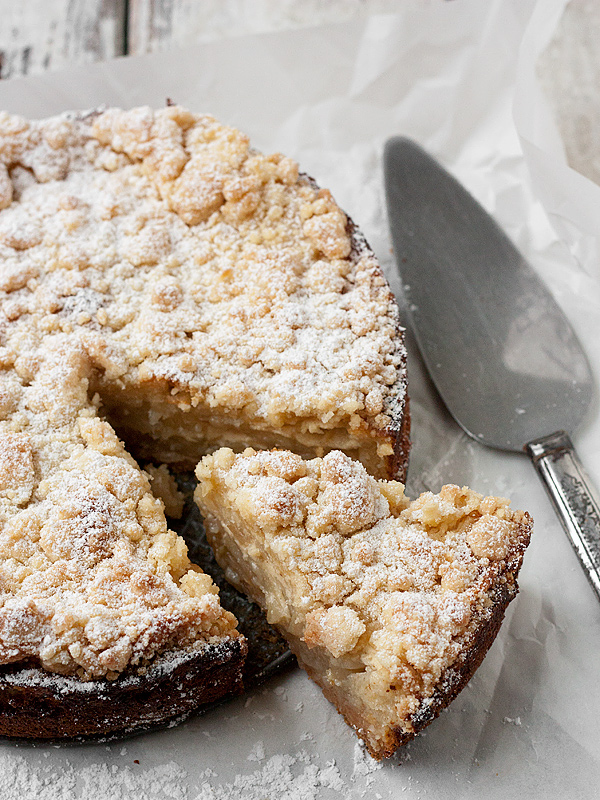 A delicious apple dessert that has a unique "crust", a moist apple filling and a crisp, crumbled topping. The original recipe was in grams, so if you have a scale, use those measurements.
5 from 7 votes
Print Recipe Pin Recipe Add to Collection Go to Collections
Prep Time 15 mins
Cook Time 1 hr
Total Time 1 hr 15 mins
Course Dessert
Servings 10 servings

For the crumble topping: 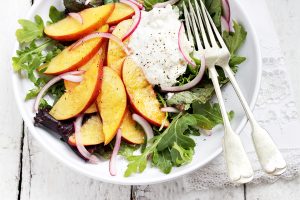 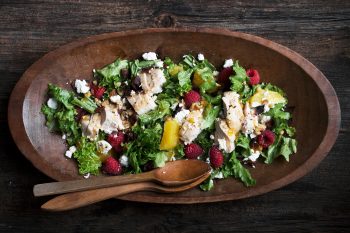 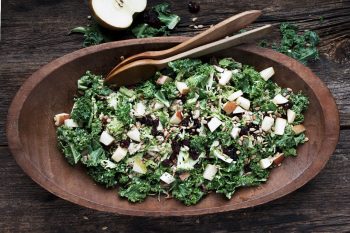 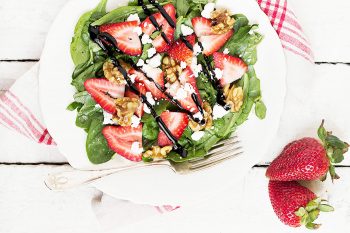