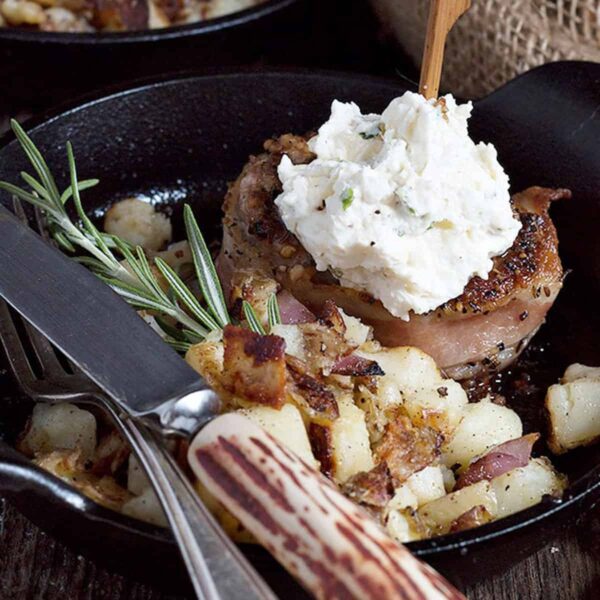 Bacon wrapped pork tenderloin medallions, coated with steak spice and topped with an optional feta topping. Cook on the BBQ or completely in the oven. Easy enough for any night, and special enough for company!
Jump to Recipe
5 stars from 5 ratings

These Bacon Wrapped Pork Medallions are simple enough for any night, but also special enough for company! Cook on the BBQ or in the oven. 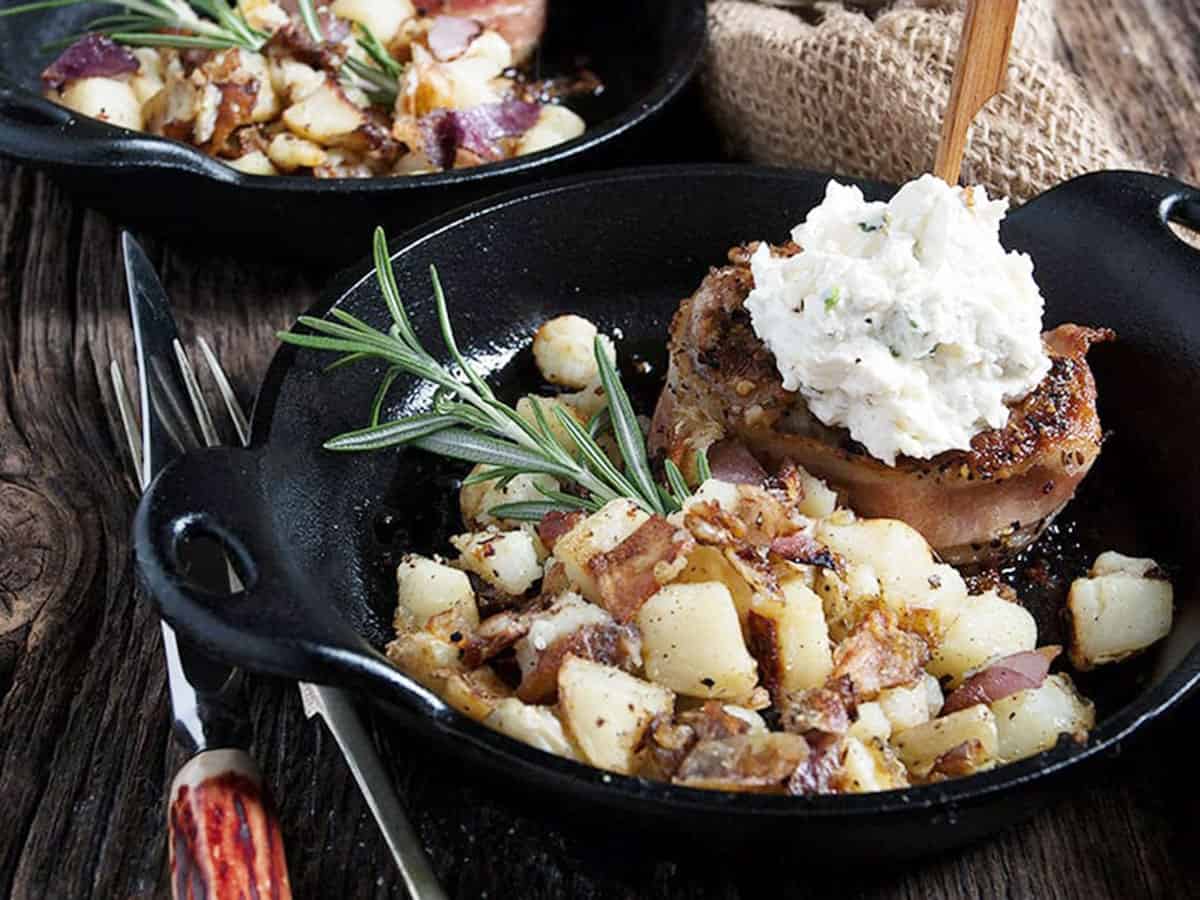 This is one of my favourite quick and easy things to do with pork tenderloin. Simply cut the pork tenderloin into medallions, wrap them in bacon, then press into some steak spice. Cook them up quickly on the BBQ or in a hot oven.

The feta topping is optional, but you really don’t want to skip it, in my opinion. It is the perfect salty foil for the peppery pork. 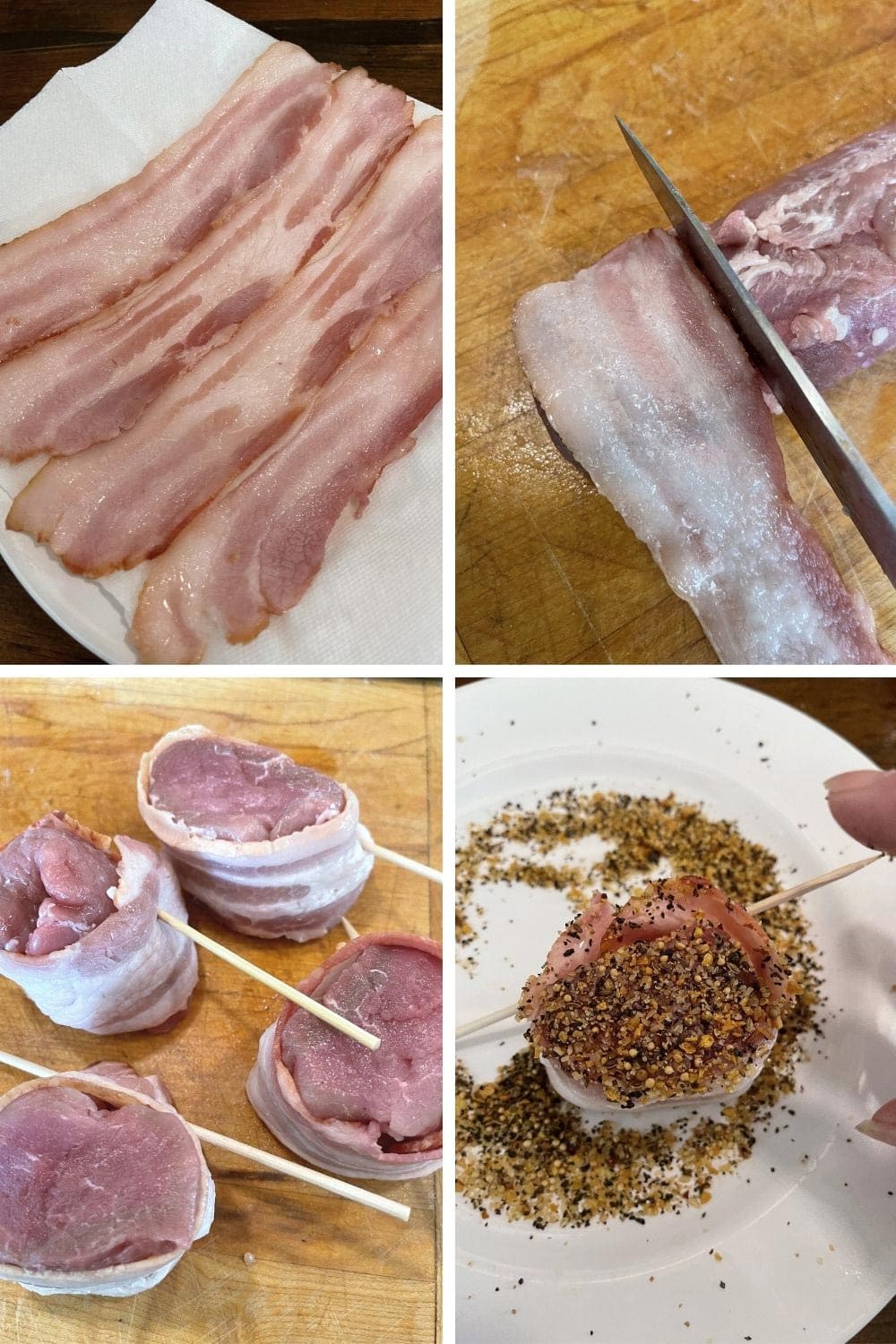 I like to pre-cook the bacon slightly, by microwaving for about 1 1/2 minutes and then letting it cool. Use the bacon as a guide to cut the medallions from the pork tenderloin, so that they are the same width as the bacon slice. Secure the medallions with a skewer or toothpick.

Place some Steak Spice onto a plate and press the both the top and bottom of the medallions into the steak spice. 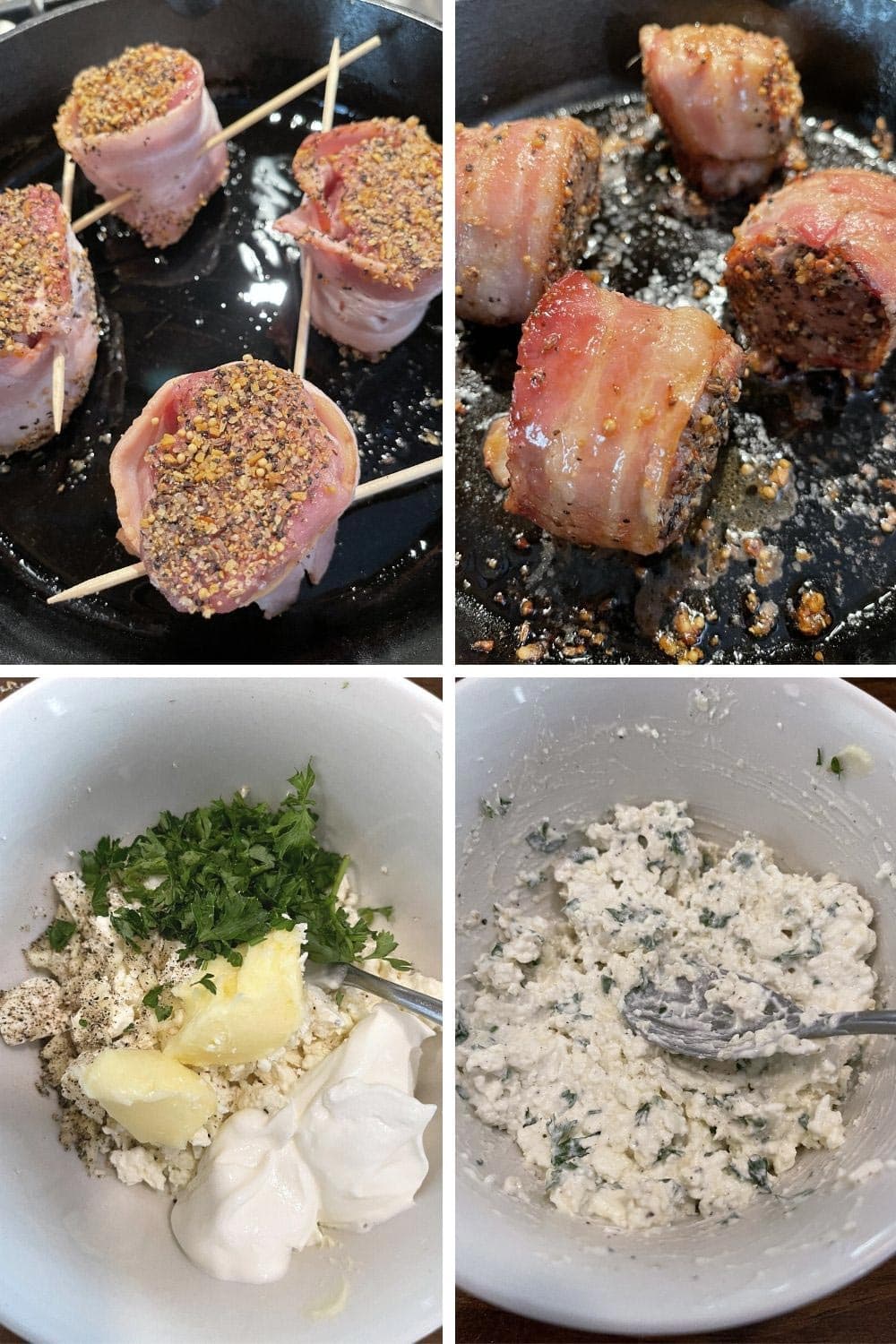 Place the medallions into a lightly greased, oven-safe skillet (cast iron is perfect!). Cook in a 425F oven, rotating and flipping the medallions as they cook, for about 30-35 minutes. While they are in the oven, quickly mix up the feta topping, if using. Cover with plastic wrap and set aside at room temperature until the pork is done. *You can also make it ahead and refrigerate, but bring it to room temperature before using.

I love Montreal Steak Spice for this one, as it is more pepper than salt. Any steak spice will work here, though.

I find the extra little bit of time to pre-cook the bacon well worthwhile. The 15 minutes in the oven just isn’t enough to really cook it well and there’s really nothing worse than limp bacon :)

If cooking these in the oven, for a one-pan meal, dice up some potatoes and throw them in the same skillet as your pork and they will cook right along with the pork. 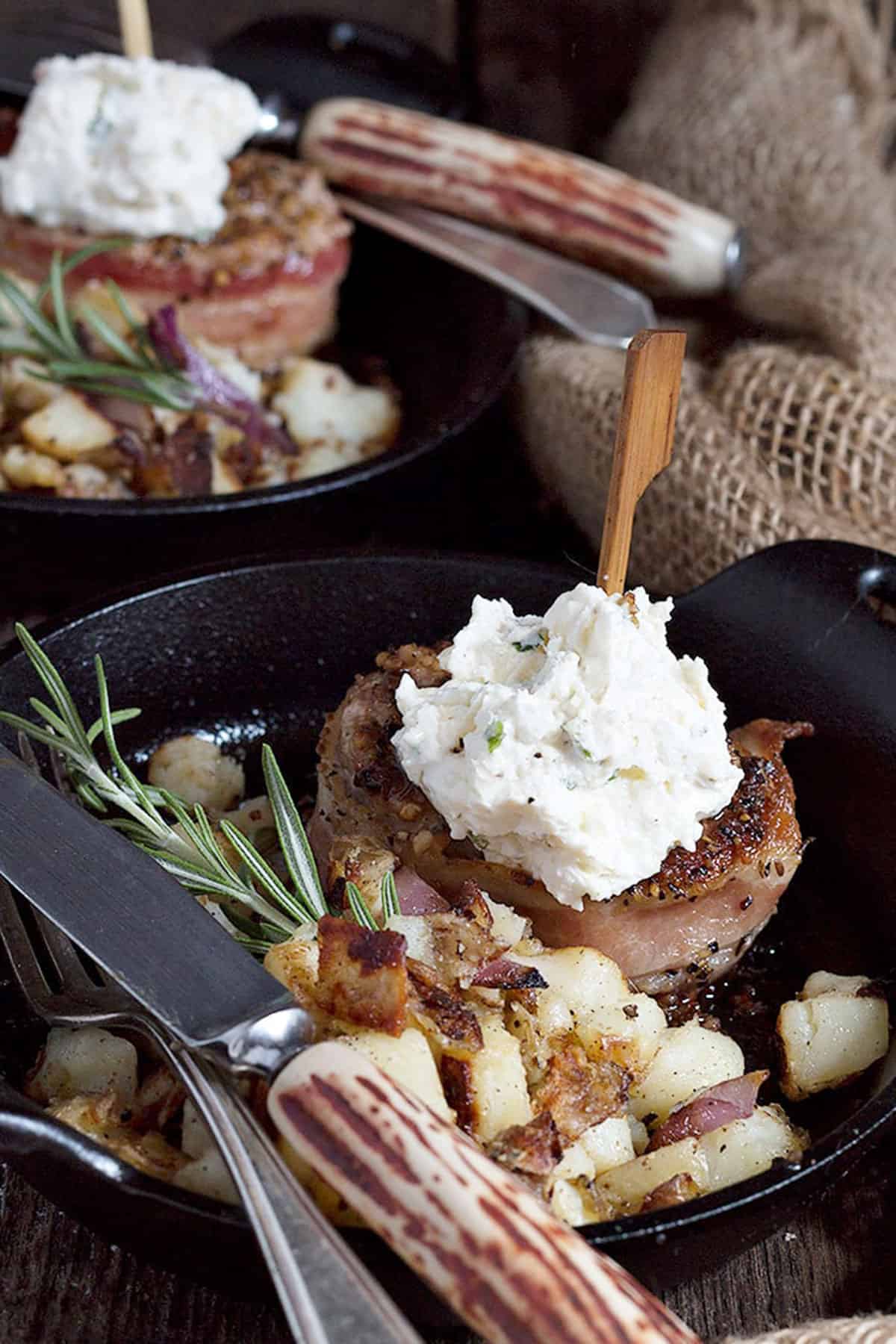 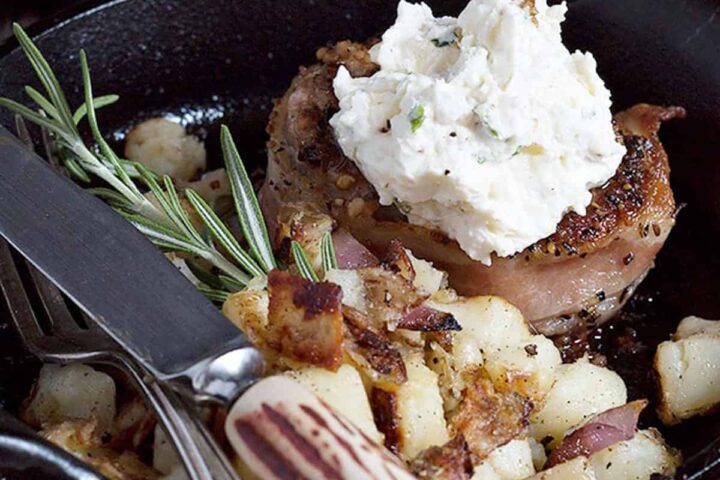 Get the Recipe: Bacon Wrapped Pork Medallions with Feta

If you'd like to serve with potatoes, as shown in the recipe photos, simply dice up some potatoes and onion and toss with olive oil and season with salt and pepper. Roast in the oven in the same pan as the medallions, if there's room, or in another pan next to it. They should cook in the same time as long as your potatoes aren't too large. You can also set a cast-iron skillet of potatoes on the BBQ grill to cook along, as well.
Cuisine: American
Course: Main Course
Author: Jennifer
Calories: 388kcal, Carbohydrates: 1g, Protein: 40g, Fat: 24g, Saturated Fat: 11g, Trans Fat: 1g, Cholesterol: 153mg, Sodium: 428mg, Potassium: 737mg, Fiber: 1g, Sugar: 1g, Vitamin A: 259IU, Vitamin C: 1mg, Calcium: 84mg, Iron: 2mg
Tried this recipe?Mention @seasonsandsuppers on Instagram or tag #seasonsandsuppers.