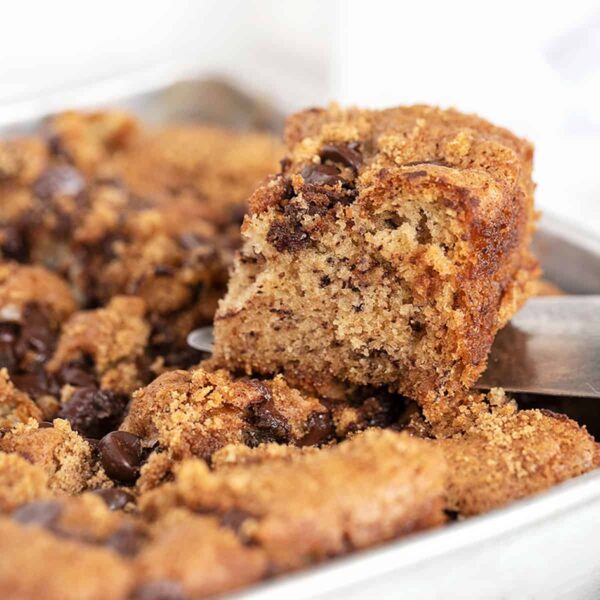 A delicious banana snack cake, topped with chocolate chips and a crunchy brown sugar and cinnamon topping.
Jump to Recipe
5 stars from 2 ratings

Move over banana bread! This banana chocolate chip snack cake is an equally worthy destination for your over-ripe bananas. Delicious, with a crunchy cinnamon brown sugar topping, too. 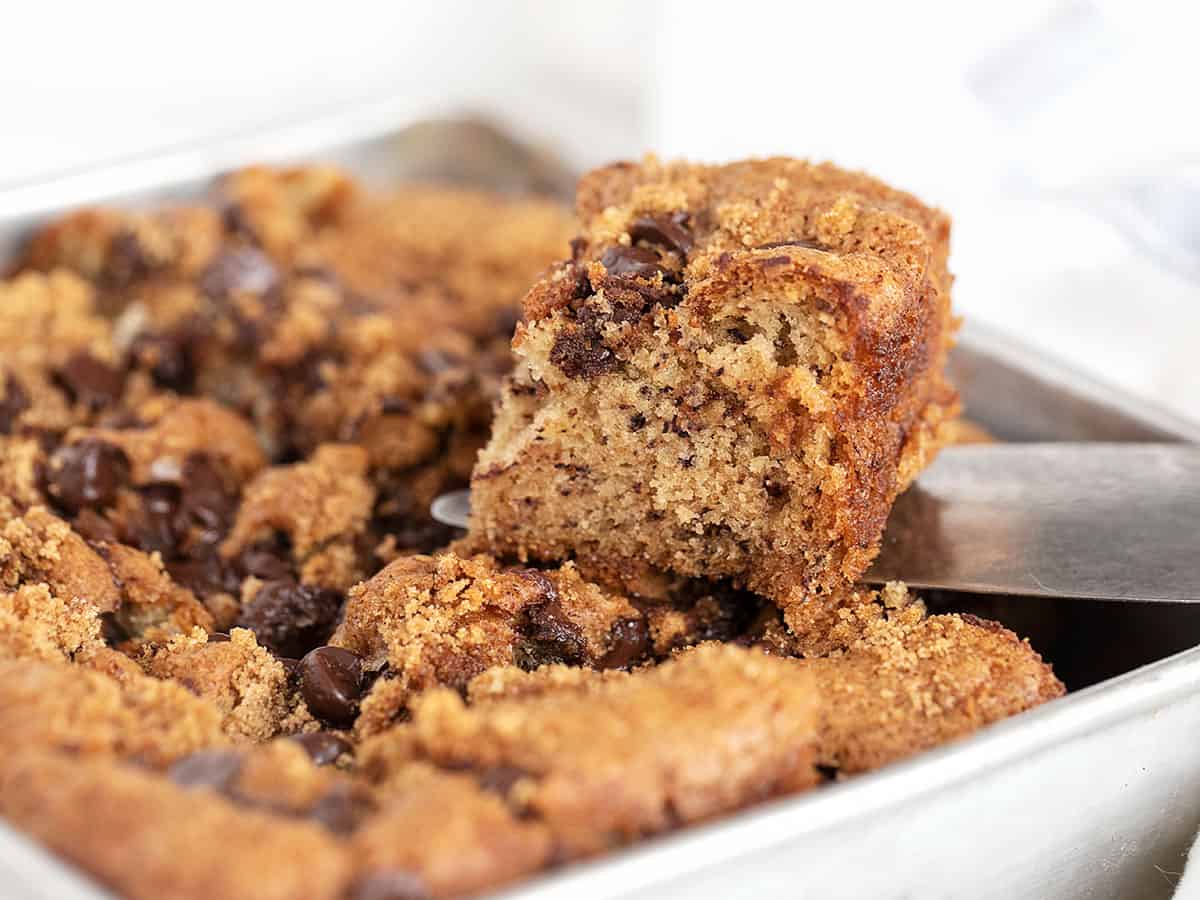 Move over banana bread! There’s a new way to use up those over-ripe bananas! This banana chocolate chip snack cake is a delicious banana treat, especially for those who love the banana and chocolate chip combination.

And beyond all that banana and chocolate deliciousness, there is a sugar and cinnamon topping, that not only ups the flavour of this snack cake, it bakes up into a wonderfully crunchy top. Trust me, you won’t regret sending some of your over-ripe bananas in this direction :)

Bananas – as with all banana baked goods, the riper the banana the better, for best flavour. The precise amount of banana isn’t critically important, but as a general guide, 2 small bananas is about 1 cup of mashed banana. It’s ok if you have a bit more or less.

Butter – you can use either salted or unsalted butter here. If using unsalted butter, increase the amount of salt to the dry ingredients accordingly. 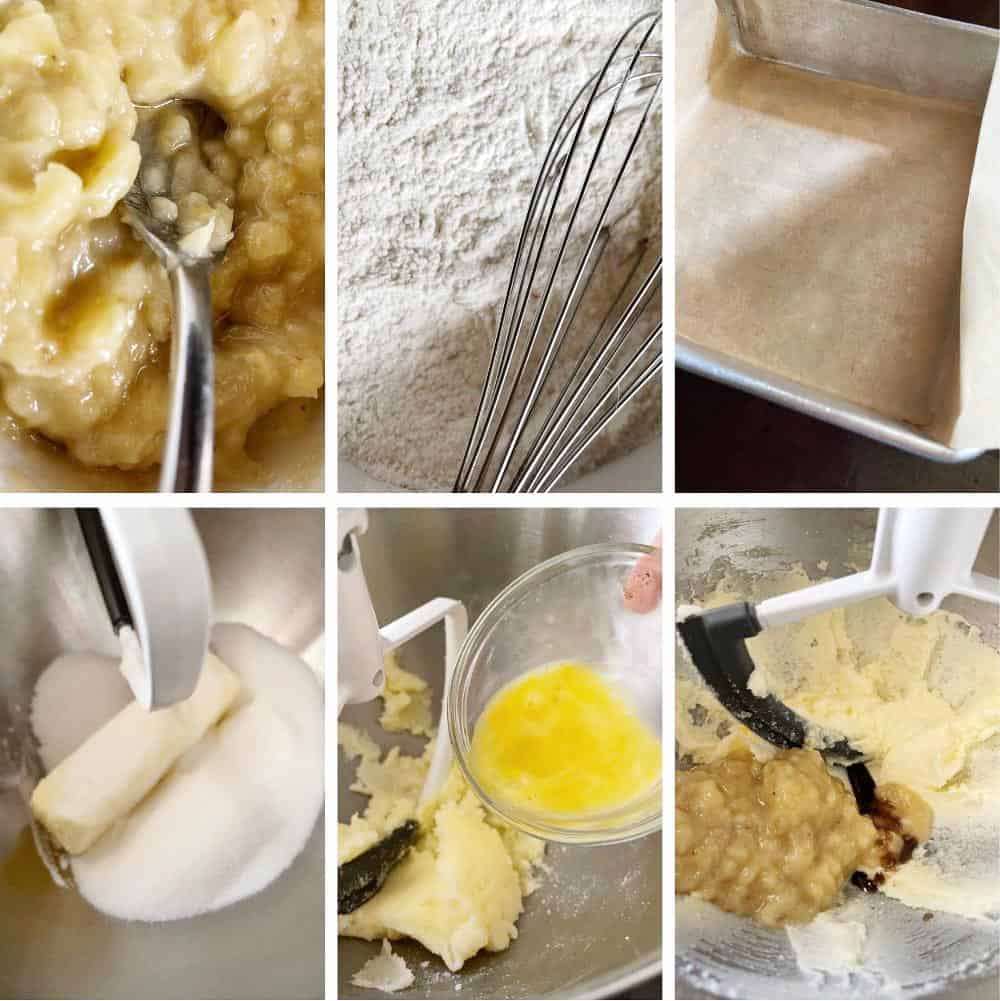 Step 1: Start by mashing up the ripe bananas in a small bowl. Also, whisk together the dry ingredients in a medium bowl and set both aside for now.

Line an 8×8-inch baking pan with parchment paper. (I like to spray the pan first, with baking spray, then I lay just one long sheet of parchment that covers the bottom and two sides, over-hanging a bit to use as handles to lift the cake out later. This method works nicely as it avoids the scrunched-up corners, yet still provides enough support to easily lift the cake out of the pan.)

Cream together the butter and sugar. Beat in the egg, banana and vanilla. 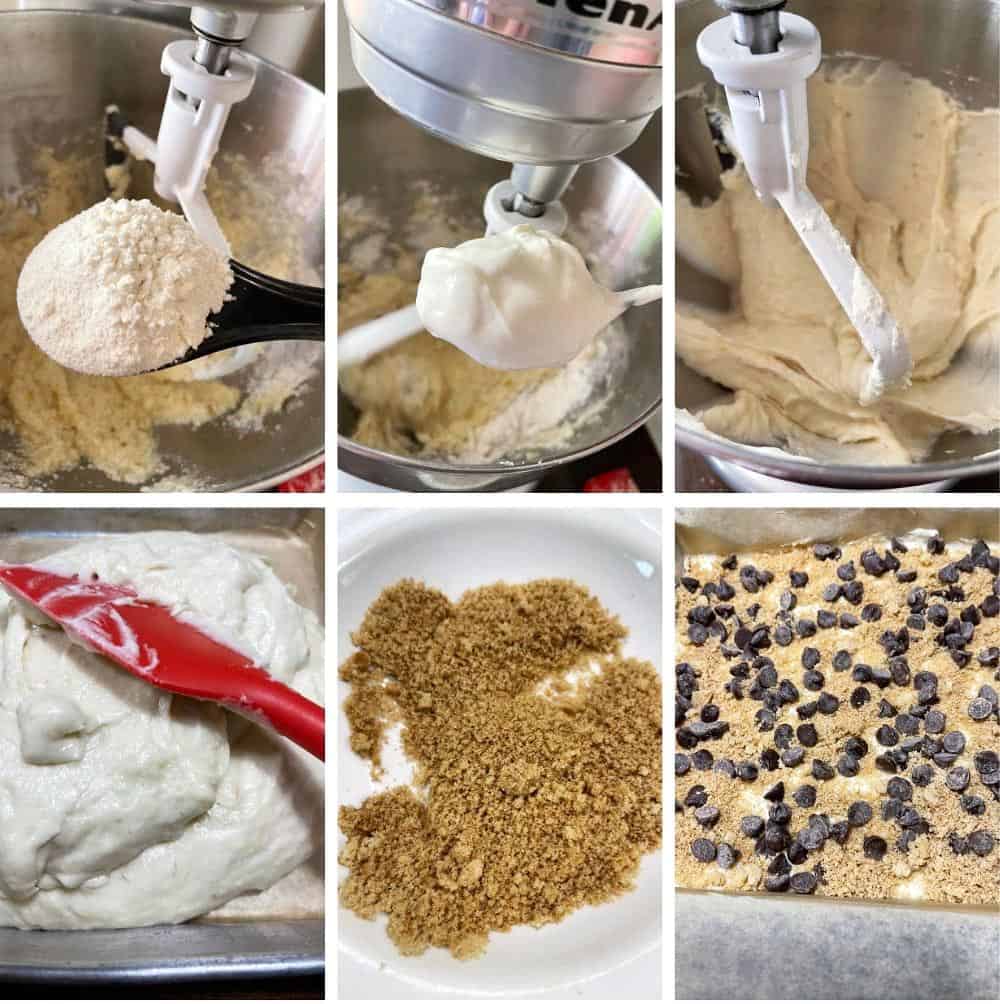 Mix until smooth, then pour into prepared baking pan. and level the top of the batter. In a small bowl, mix together the brown sugar and cinnamon, then scatter over the batter, together with the chocolate chips.

This recipe hails originally from the University of British Columbia, where it is known as Ponderosa Cake and was a student canteen favourite. 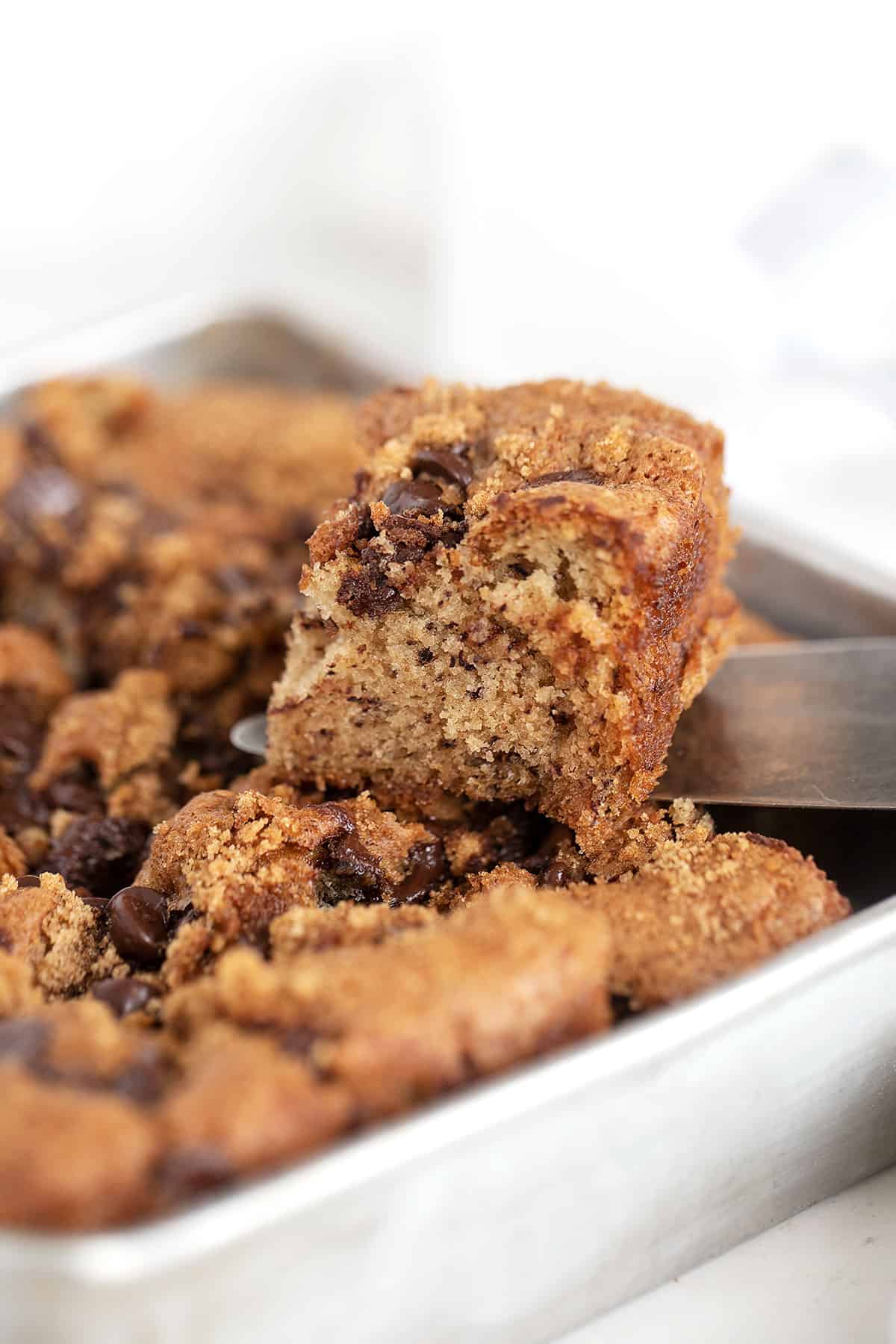 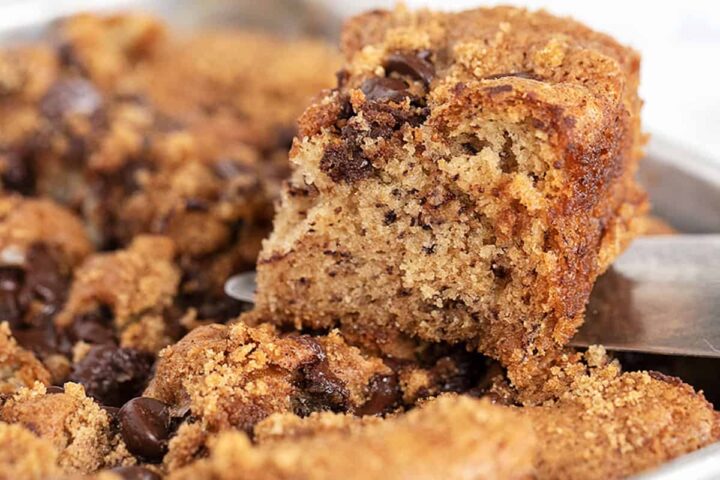