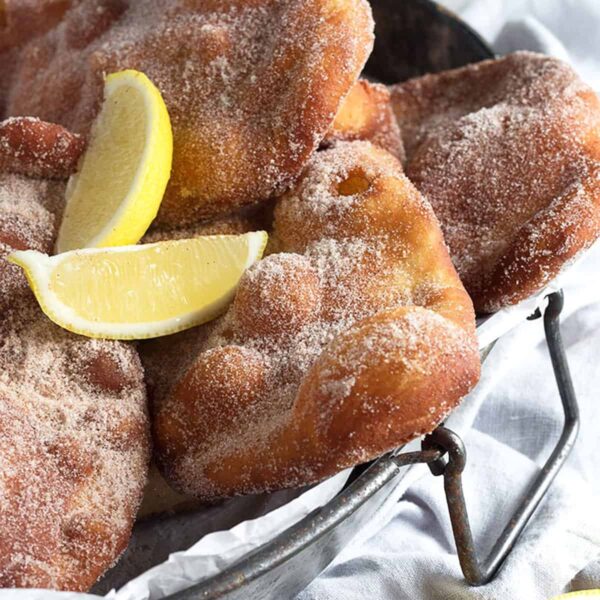 My version of the classic Canadian Beaver Tail.
Jump to Recipe
5 stars from 9 ratings

My version of the iconic Canadian Beavertails™, an oblong-shaped, fried dough coated with sugar or topped with other delicious things! 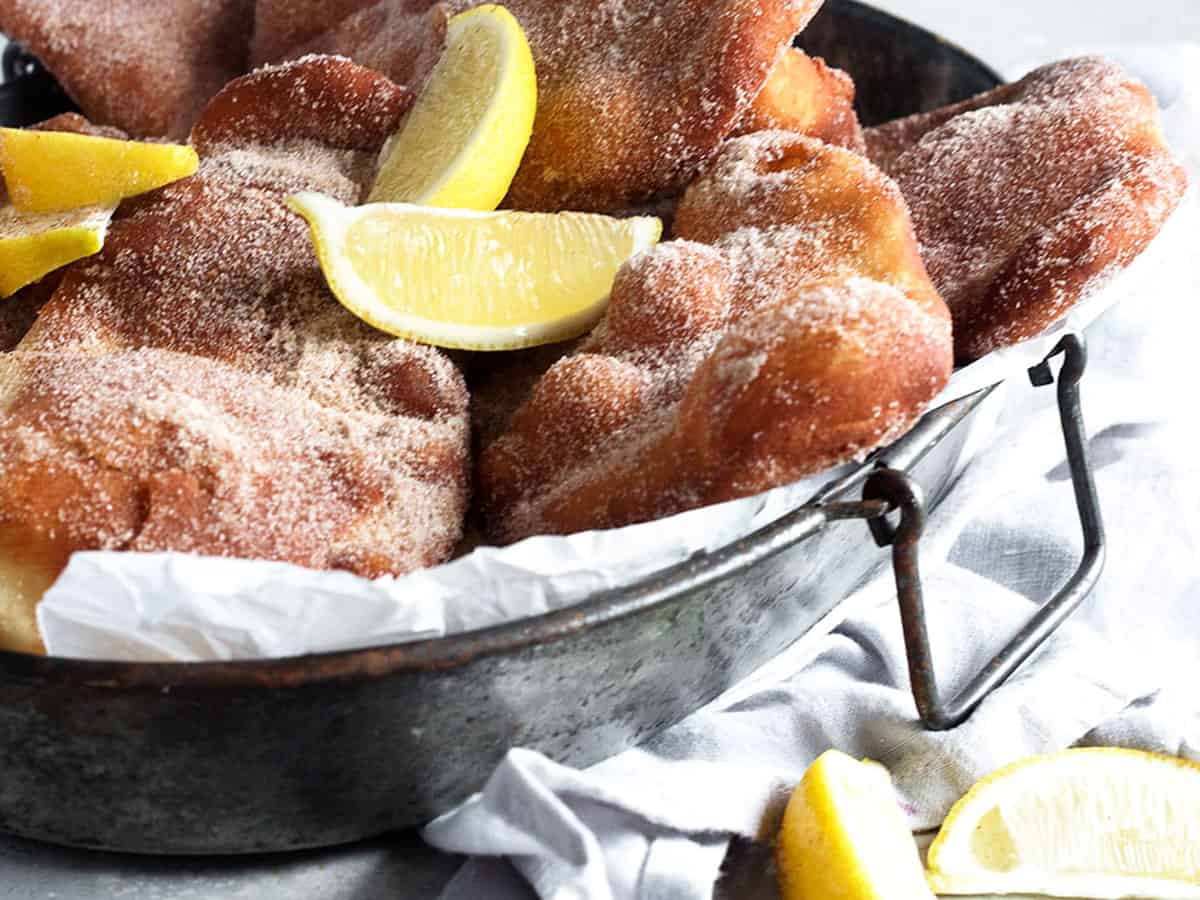 Happy Canada Day! We are so lucky to live in such a beautiful country!

Since I’ve been blogging for a while, I’ve celebrated the day with a lot of the classic Canadian foods already, like Poutine, Chelsea Buns and Nanaimo Bars. So this Canada Day, I’m finally getting around to these :)

For the uninitiated, let me explain. You see, there is a popular sweet treat here in Canada known as BeaverTails™, that are most iconically sold to skaters on the Rideau canal in Ottawa during the winter, but have since spread across the country, to be sold all kinds of places.

Since the name of these treats is trademarked, I’ve dubbed my own version “BieberTales”, after the also Canadian Justin Bieber. Afterall, I’m sure many Canadians have a Bieber Tale or two to share! For instance, Justin Bieber is rumoured to cottage here in Muskoka quite frequently. I think I also took my daughter to a Justin Bieber concert once. Or was it the Jonas Brothers? Oh well. Close enough :)

Anyway, I should start by saying that my BieberTales are a little different from the aforementioned original. Mine are a bit lighter, puffier and crispy, owing to my use of only all-purpose flour in my dough. I believe the original uses some whole-wheat flour in their dough, to keep the yeast from getting too active, which produces a flatter and a bit more dense fried pastry. That’s perfect for them, as they like to offer them loaded up with all manner of goodies (think Nutella™ and banana!).

For me though, I’m a fan of the simple cinnamon-sugar and drizzle of lemon version, so I’m ok with mine being a little less sturdy. They call theirs Killaloe Sunrise™ I’ll call mine Muskoka Sunrise, I think :)

Flour: As mentioned above, my recipe uses all all-purpose flour, which results in a puffier, lighter dough. If you’d like a little more dense and flatter version, like the original, replace 1/4 of the all-purpose flour with whole wheat flour. 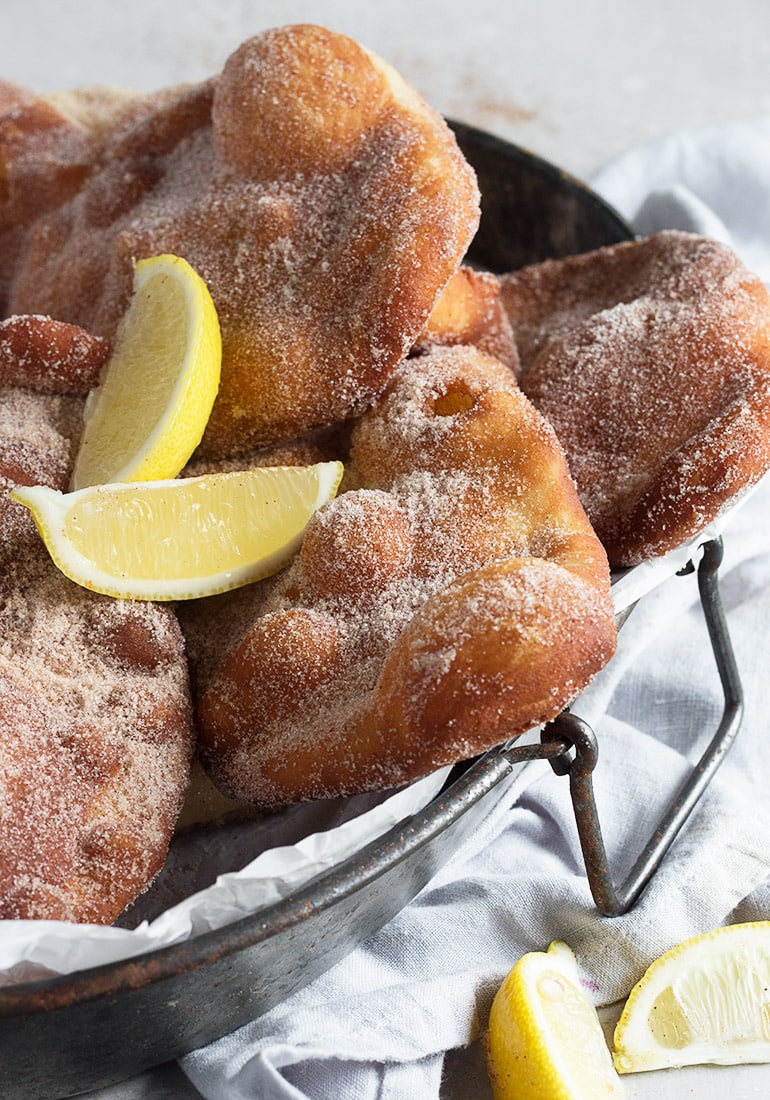 You don’t need a deep fryer for this (though it does make regulating oil temperature so much easier!). You can use a large, heavy bottom and deep pot and about 4-inches of oil. Be sure to fry safely, by always keeping kids well out of the way, watching constantly while cooking and having a lid handy to quickly extinguish an (unlikely) oil fire by simply putting the lid on the pot.

Be sure to use a thermometer to keep your cooking oil at a consistent 385F. Avoid over-crowding the pan, as this will reduce the oil temperature.

These treats are best served slightly warm, right after frying. They do keep reasonably well for up to 24 hours though. They also freeze well. 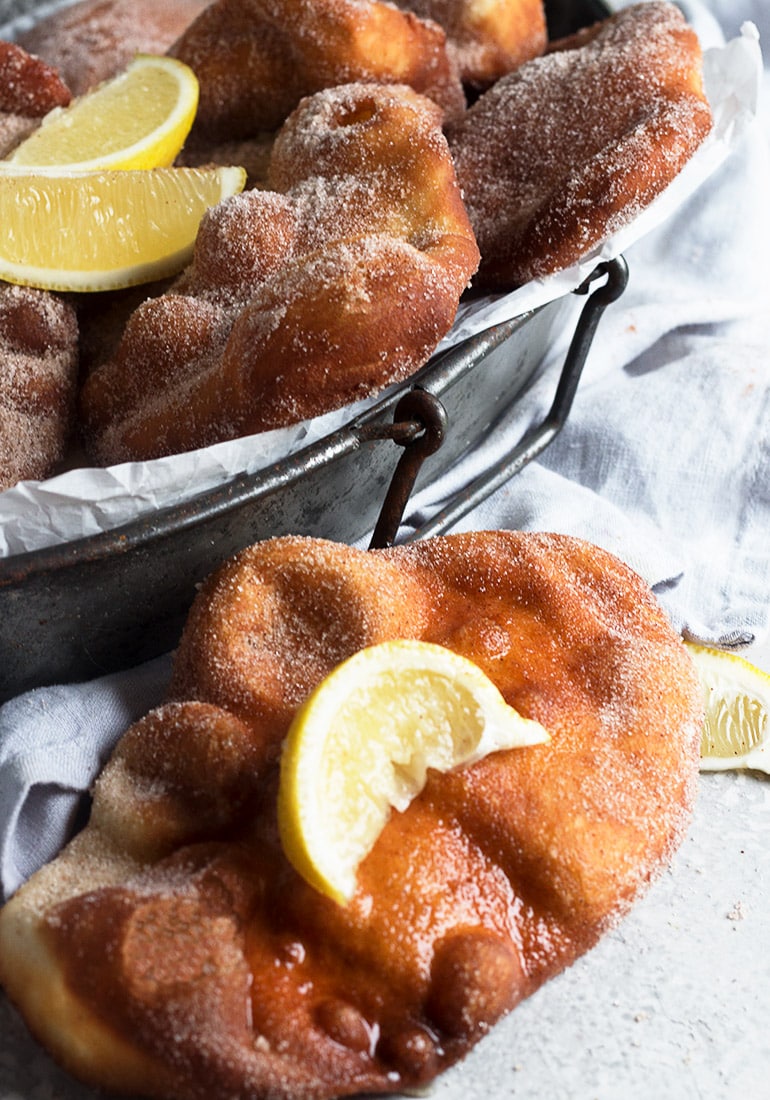 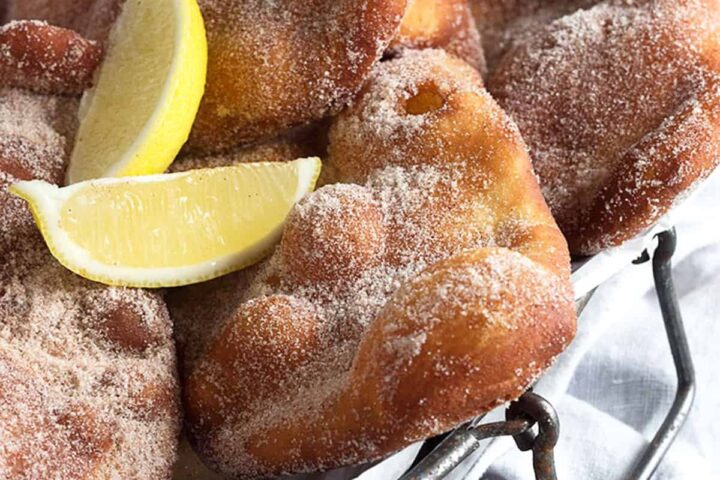 Get the Recipe: Canadian BieberTales