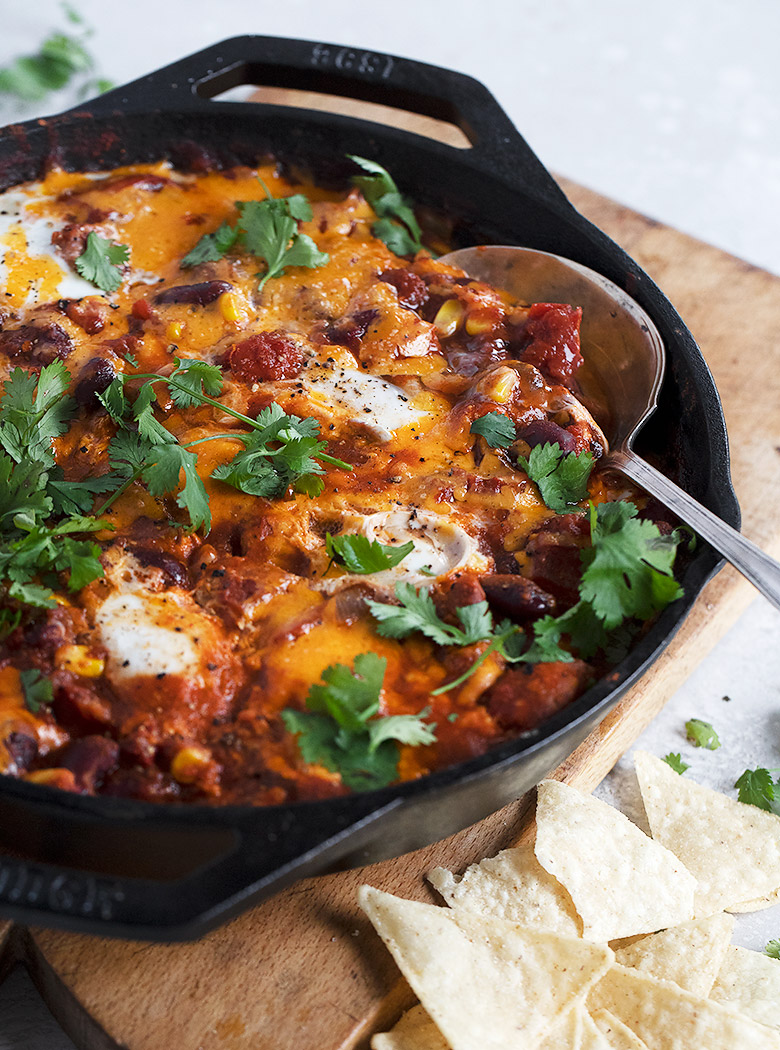 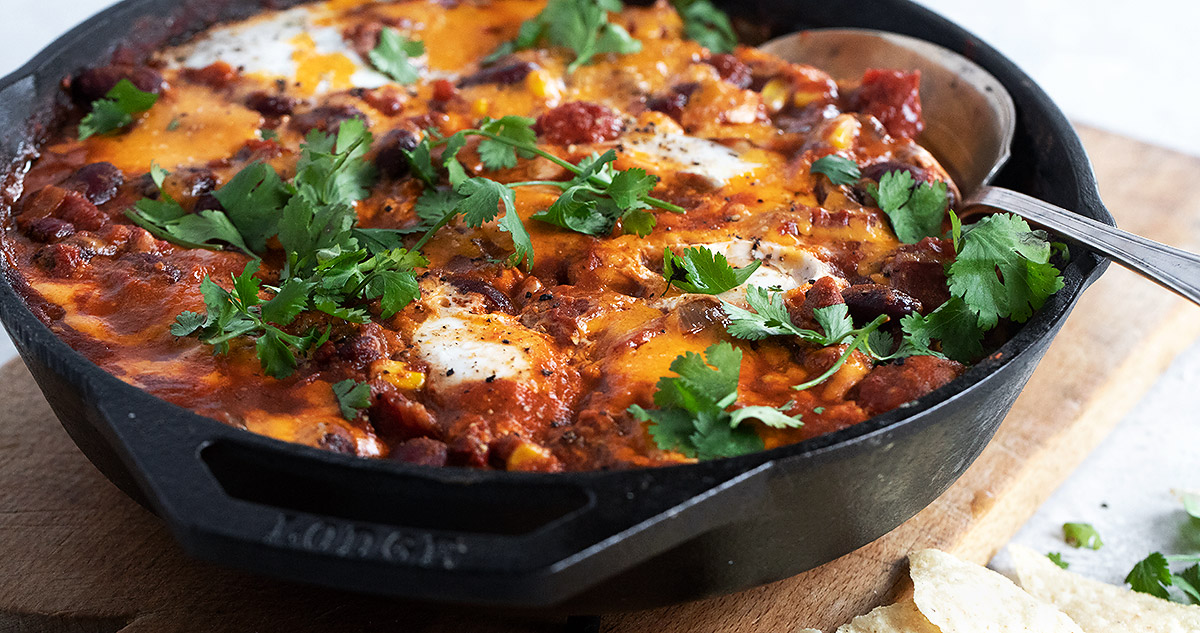 I came upon this recipe a while back on the New York Times when I was searching for an easy, from-the-pantry dinner option. Since then, it's found it's way onto the table several times, so I wanted to share it here, as it's perfect for those nights when dinner needs to be quick, easy and made from what we have around already.

I have adapted the size of the NYT recipe, which yields much more than we needed. I've also added in some diced red bell pepper and some frozen corn, to up the vegetable quotient and in keeping with the pantry, or in this case, fridge/freezer dinner.

Canned Beans: Canned beans vary slightly in size, but they are usually in the 15-17oz range. I love kidney beans myself, usually red, but a mixture of red and white is nice, too. Black beans would be a nice addition or any canned bean you have or enjoy.

Canned Tomatoes: I love Fire-roasted tomatoes for dishes like this, as they bring a lovely, but subtle smokey flavour to the dish. Muir Glen brand is the one I use.

Spices: Adjust the amount of spicing to suit your taste. Use the lower end for less spicy or the top end for more spicy.

You don't need to use a cast-iron skillet here. Any large skillet will work just fine.

Worried about using your cast iron skillet for a tomato dish? No need to worry! As long as your cast iron skillet is well-seasoned, it will stand up just fine. I generally try to not let the tomatoes sit in the pan too long, so I remove any leftovers to another dish. Wash up promptly and wipe dry immediately. Wipe with a little oil and set onto a low burner on the stove-top for a few minutes to dry thoroughly.

My skillet is 10-inch top diameter and the recipe as written will fill it pretty well. If you have a larger, 12-inch-ish skillet, you could probably fit another can of beans into the mix, if you like.

My cast iron skillet, like most, doesn't have a lid. I use a large baking sheet that I place over the top to act as a lid.

Tomato-heavy dishes often need additional salting to really bring out the flavours. That said, the canned beans (and their liquid) will add some to the mix. Hold off most of your salting until then end, then taste and add salt as needed.

This recipe is endlessly customizable. You can change up the canned beans to what you like or what you have on hand. I also think it's a great recipe for sneaking some extra vegetables into, if you would like. A bit of diced Jalapeno would be a great addition or any other bits of veg you'd like to sneak in.

Serve your Chili Shakshuka with tortilla chips or something like cornbread or cornbread sticks. Also nice with a simple, side-salad, if you like. 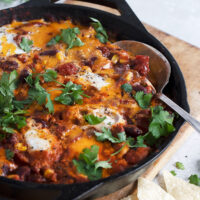 Serve your Chili Shakshuka with tortilla chips or something like cornbread or cornbread sticks. Also nice with a simple, side-salad, if you like. Dress up your Chili Shakshuka with extra toppings. Try diced avocado, crumbled Cotija cheese, diced red onion, diced green onion and/or a dollop of sour cream. Be sure to read the “Ingredient and Cook's Notes" (above the recipe card!), where I share more detailed  tips, variations and substitution suggestions for this recipe!