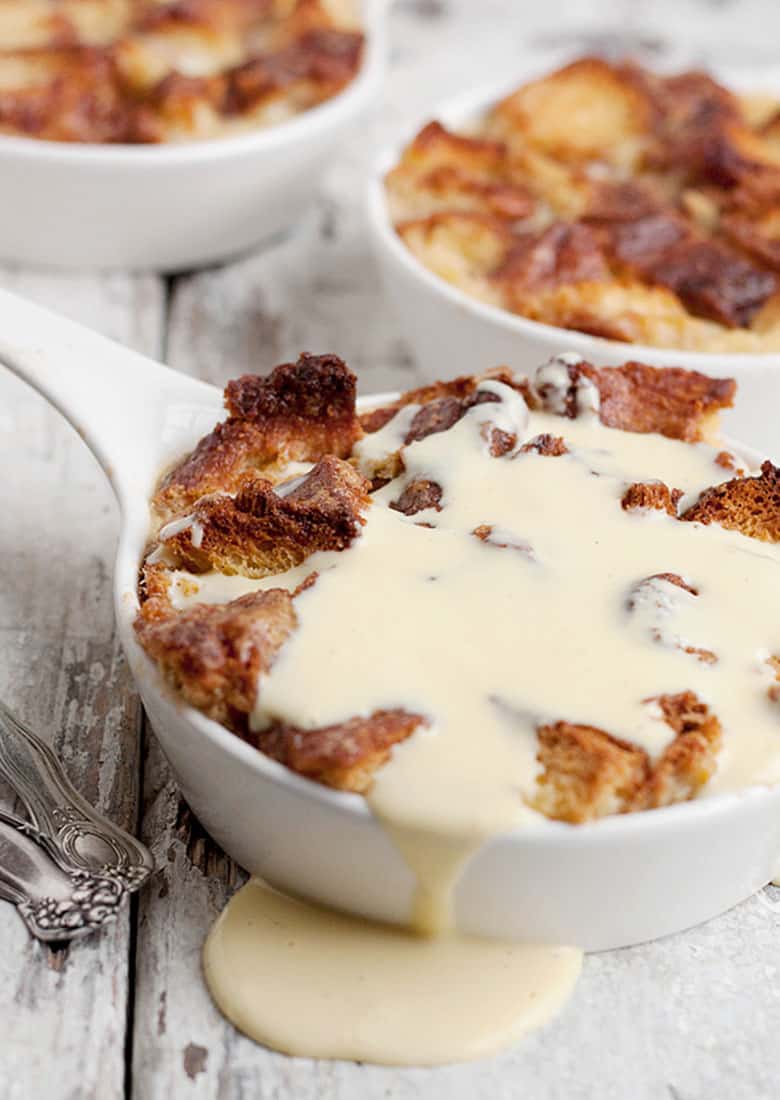 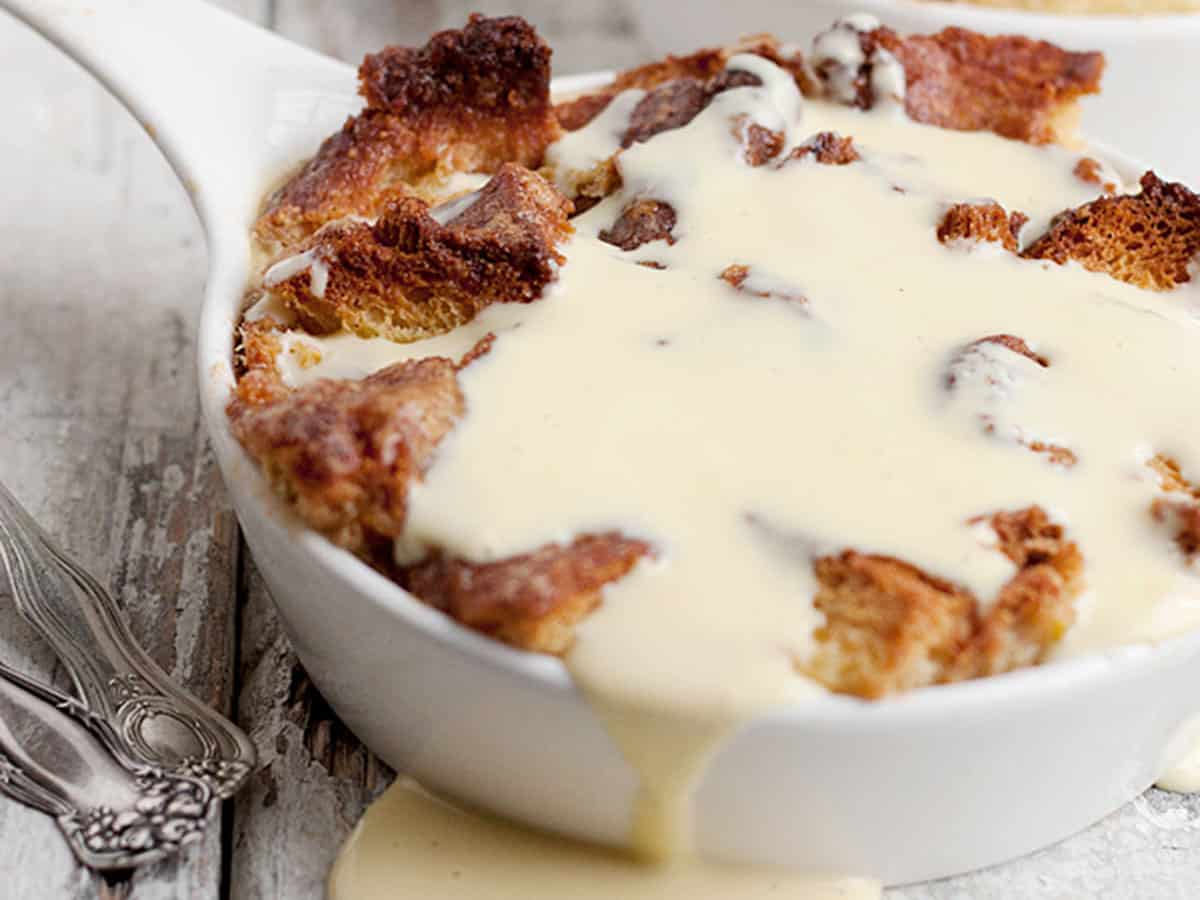 What better way to use up bread that's past it's prime than to bake it up into a bread pudding? This particular bread pudding is made from the last bit of my Cinnamon Crunch Skillet Bread from last weekend, so it already had the cinnamon crunch topping on it.

But don't worry if you don't happen to have some leftover cinnamon crunch bread around. I've got you covered. You can make this bread pudding with any stale bread and simply sprinkle some cinnamon crunch mixture on top before baking. Start with a cinnamon bread (or left-over cinnamon rolls), a challah, brioche or just a plain bread, as long as it's slightly stale and preferably not pre-sliced, so you can cut your own bread chunks.

I debated about what kind of sauce (if any) to put on this bread pudding. In the end, I decided on creme anglaise. Creme anglaise is essentially the same thing as the base for making ice cream, so this sauce is akin to the wonderful taste of melted ice cream. I thought it would be the perfect complement to the cinnamon and brown sugar in the pudding. And it was.

That said, if you're not in the mood to make a sauce, simply put a scoop of your favourite ice cream on the warmed pudding to enjoy the same effect.

Don't expect the creme anglaise to be as thick as a bechamel sauce, for example. Creme anglaise is more like the consistency of cream that's been ever so slightly reduced and should be pourable. If you'd like to booze it up a little for the adults, consider stirring a splash or bourbon, whiskey or rum into the sauce.

Tip: Whenever you have bits of bread that are starting to stale, cut into large chunks and put in a freezer bag and freeze until you have enough for a bread pudding. Simply thaw in the bag at room temperature and use as per the recipe. 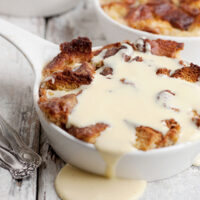 A great way to use up bread that's past it's prime! This bread pudding has a lovely cinnamon sugar topping and is served warm with a creme anglaise sauce. Start with your any type of bread - plain, cinnamon, left-over cinnamon rolls, challah, brioche or a mixture. As long as it's slightly stale. If you'd rather not make the sauce, simply place a scoop of your favourite vanilla ice cream onto the warm puddings.
Author: Jennifer
5 stars from 2 ratings
Print it Pin it + Collection Go to Collections Share by Text Share by Email
Prep Time 10 mins
Cook Time 1 hr
Total Time 1 hr 10 mins
Course Dessert
Servings 6 servings