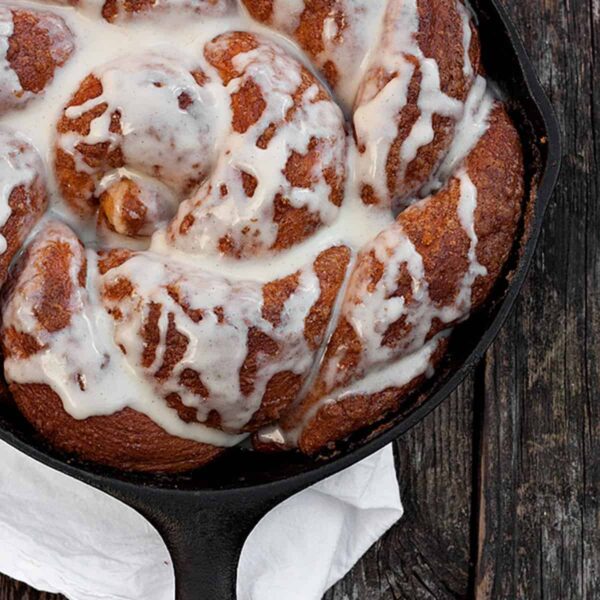 Lovely breakfast or brunch sweet bread, with all the flavours of cinnamon rolls, served up in a skillet.
Jump to Recipe
5 stars from 1 rating 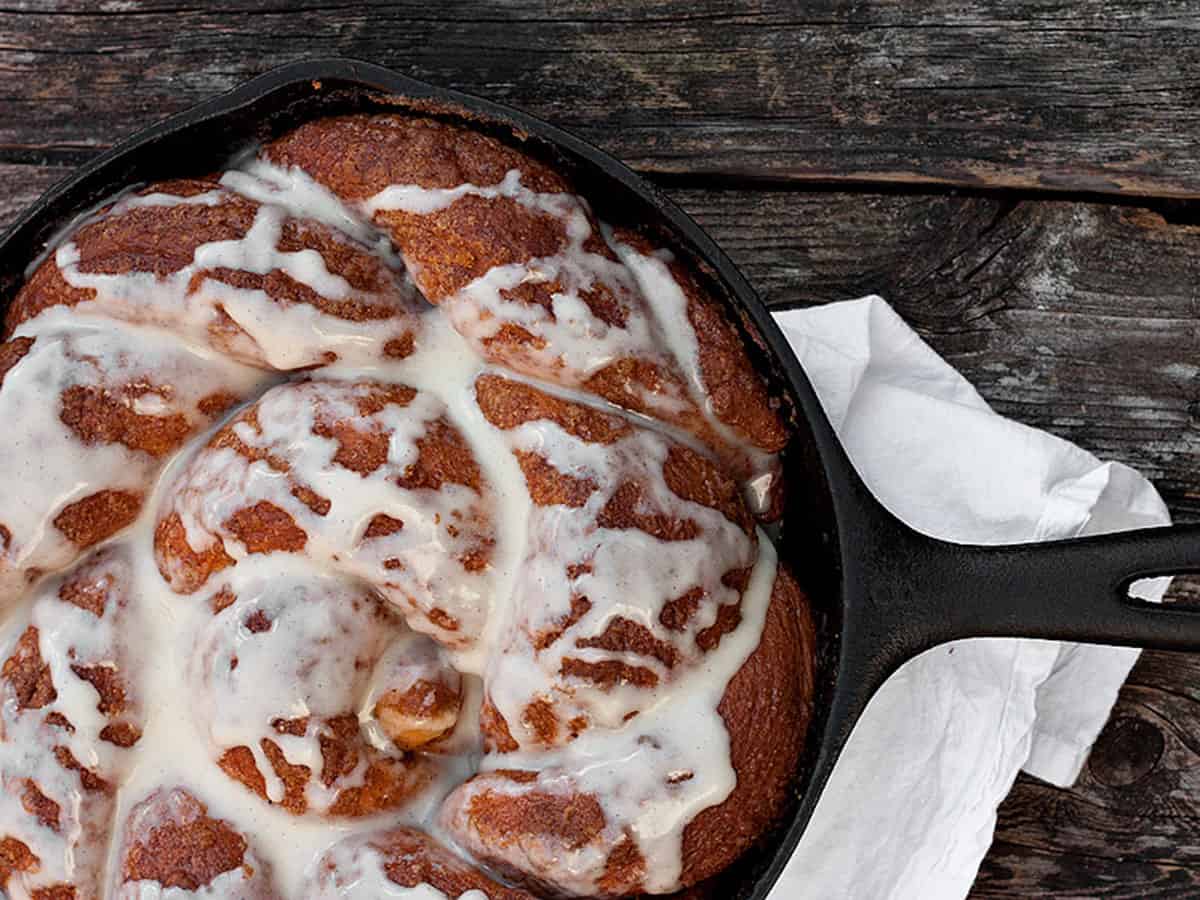 I don’t handle the time change thing very well. I guess the theory is that you’re supposed to sleep an extra hour on Sunday morning. But that only works if you’re actually still physically capable of sleeping past the time previously known as 6:30 am. I apparently am not, and so it was that I found myself browsing Pinterest at 5:30 am on a Sunday morning.

Seeing as I had a looooong morning ahead of me, I decided I needed to bake up something yeasty and full of cinnamon. Of course, a braided brioche bread was probably beyond me at that early hour, so I started with a simple sweet dough, twisted it all up and stuffed it all in to a cast-iron frying pan. And added some glaze. I needed some glaze, for my insatiable sweet tooth.

I swear, the family wandered in to the kitchen far more than normal when this bread was baking. The scent was intoxicating, sort of like when you’re at the mall and getting close to the Cinnabon™ store. We could hardly wait to get at it! It was lovely and crunchy on the outside and fluffy and sweet on the inside. It was a perfect Sunday morning treat and the consensus was that if in future I can’t sleep in, I should always bake instead :) 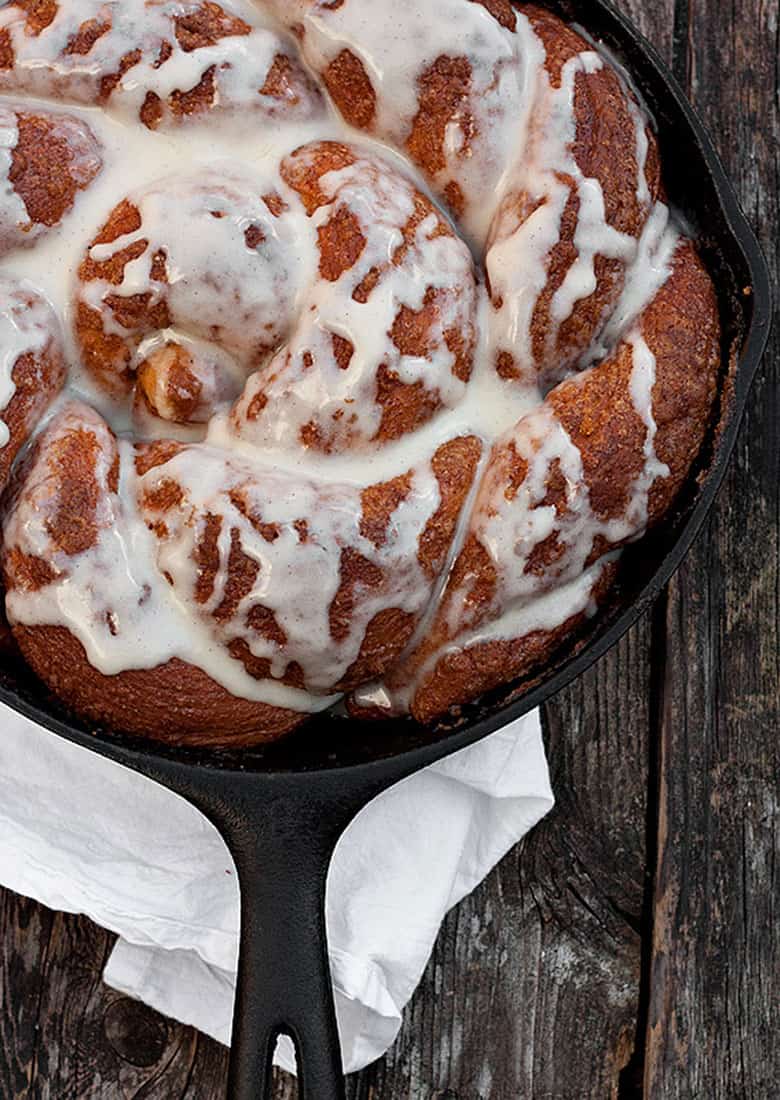 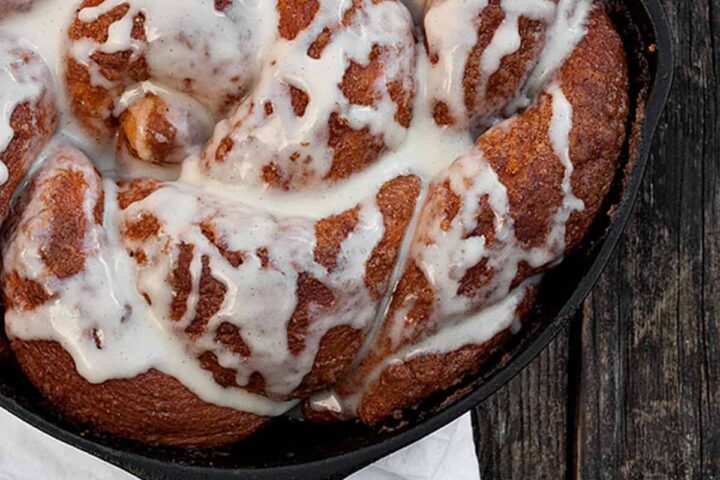 For brushing the dough:

For coating the dough in: