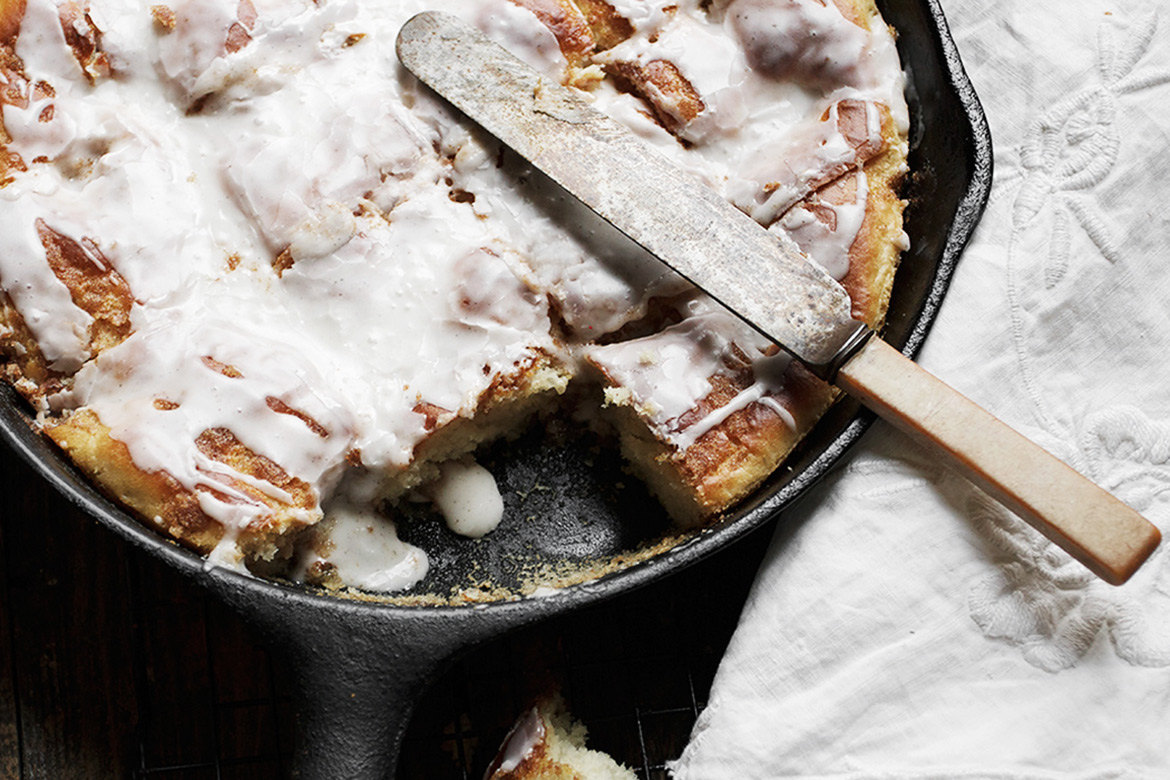 A quick and Easy Cinnamon Roll Coffee Cake, with all the flavours of cinnamon rolls, but made in one pan in under an hour!

There’s a whole class of yeast baking that’s more of a cake than a bread – a yeasted coffee cake, if you will. The dough is more of a batter. The end result more of a cake. The process, quick and easy. If you’re a nervous yeast baker, this is definitely a great place to start, as there is no-kneading and it’s pretty much foolproof.

This easy skillet cinnamon roll bake has all the flavours of cinnamon rolls, in a quick and easy one skillet (or pan) bake. Great for a weekend morning treat, as it’s ready in less than an hour! 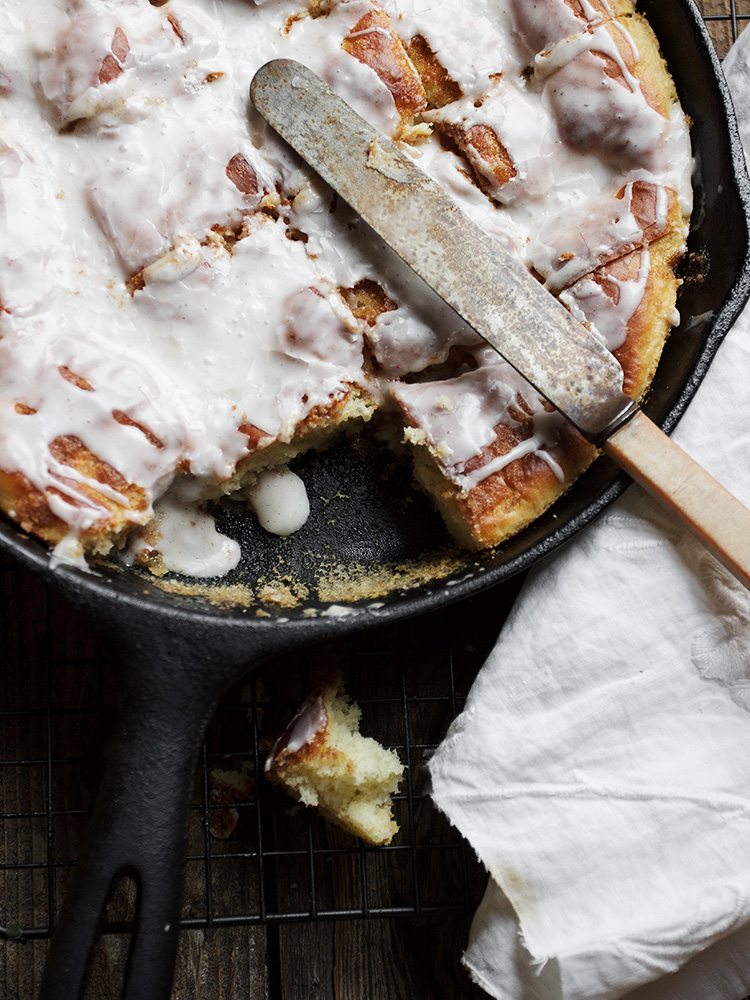 Again, there is absolutely no kneading required for this yeast cake and if you’re an experienced bread baker, you’ll want to throw out any notion of creating a kneadable dough when you mix it up. This is definitely a batter. And while you can mix this batter up right in the skillet you will bake it in, you could also mix it in a separate bowl or even a stand mixer with a paddle attachment, if you prefer.

DID YOU KNOW? This recipe calls for Rapid-Rise Yeast, also known as Quick Rising Yeast. Not only is it quick rising, it is intended to work well with only one rise (as opposed to the two rising periods that is typically used when making yeasted goods). While baking with Rapid-Rise Yeast is quicker, it is not suited for all yeast baking. It is best suited for recipes like this one (coffee cakes, pancakes, waffles), where you don’t need the benefits of two rising periods to develop texture or flavour. 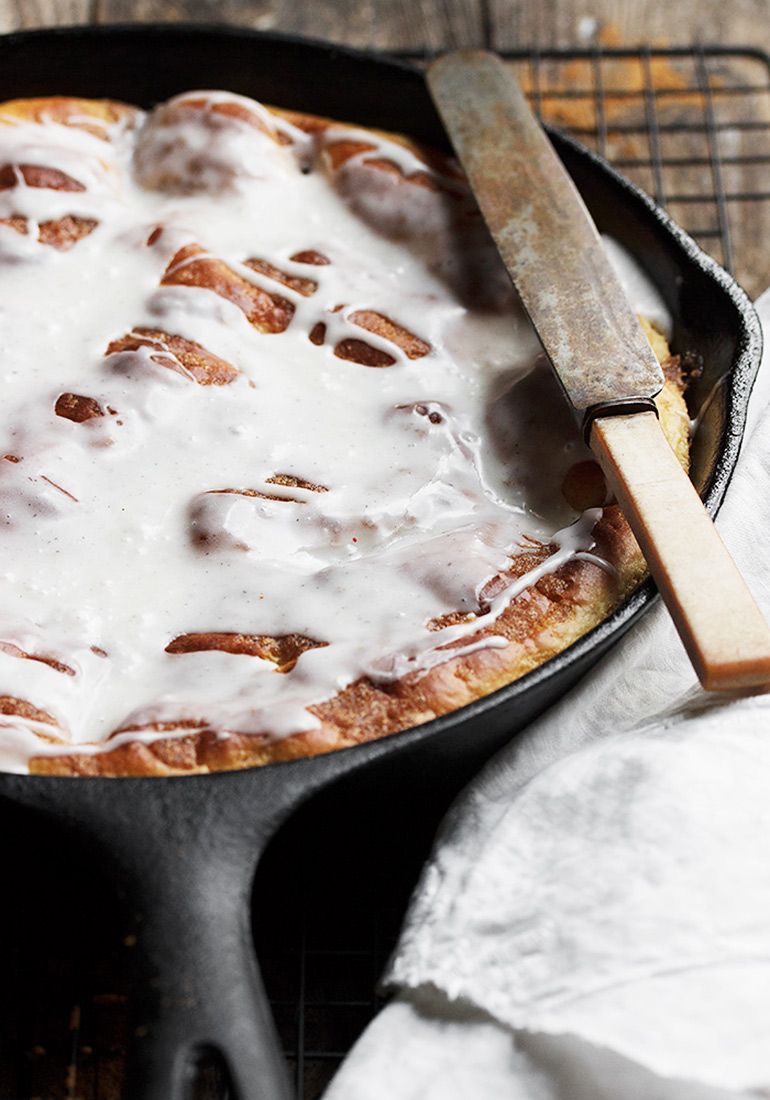 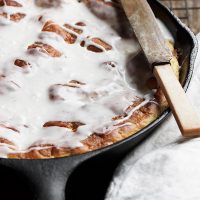