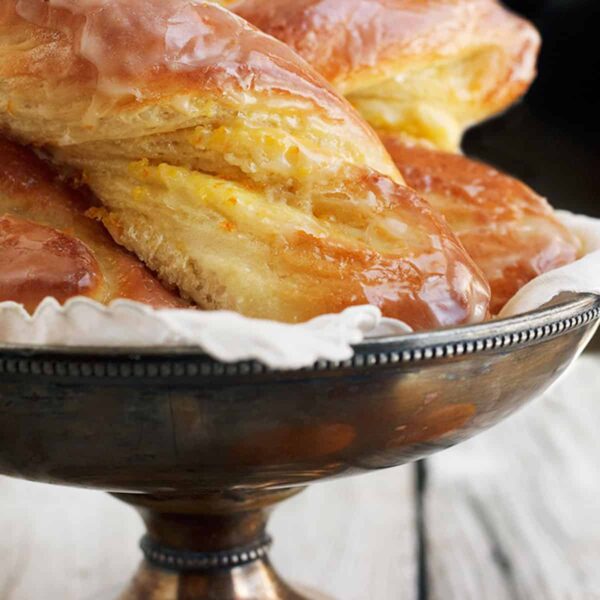 These Glazed Bittersweet Orange Twists have a ribbon of orange rind and sugar running through them, giving them a bittersweet orange flavour, very much like marmalade. The sweet orange glaze is the perfect complement. 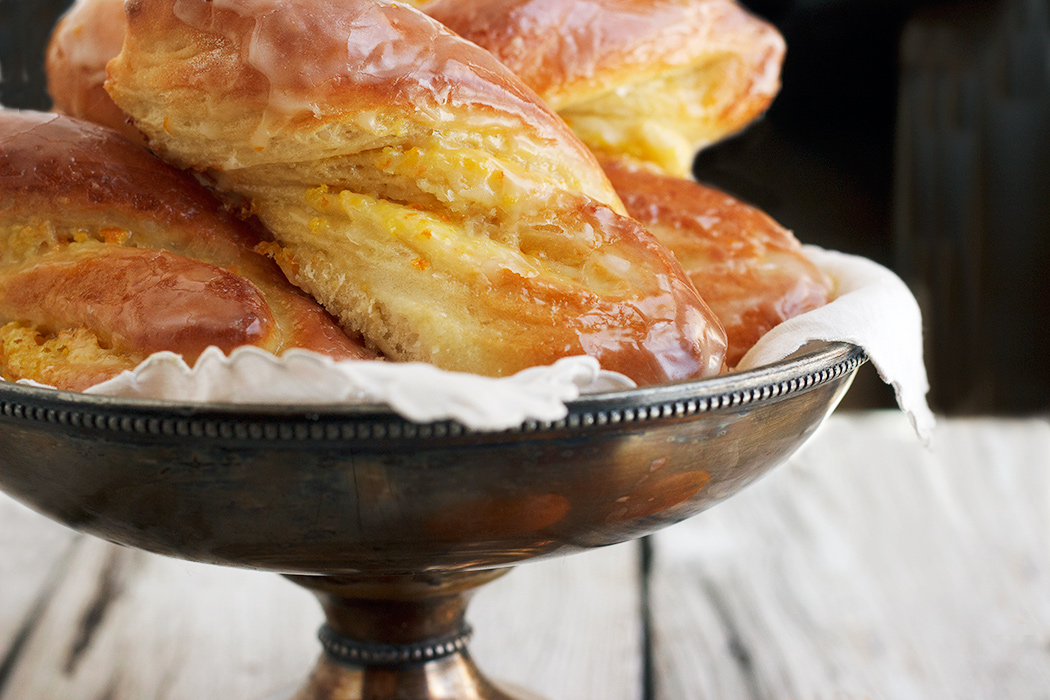 I debated what to call these delicious buns. There is no mistaking that the use of the orange rind with the sugar in the filling of these buns creates a wonderful bitter flavour. On the other hand, there is the sweet dough, the sugar in the filling and the generous brushing of a sweet orange glaze. So I decided on bittersweet, to give a nod to both sides.

Of course, when I say bitter, I mean it in the best possible way – very much in the marmalade way. These rolls are perfect for marmalade lovers! That said, if you’re not a total fan of the bitter, simply reduce the amount of orange rind or substitute orange zest instead.

Be sure to check out the Cook’s Notes below the recipe for more tips on making this recipe.

If using a naval orange cut the rind from the naval orange, rather than simply peeling the orange and using half of it. Starting from the top of the orange, simply cut down the sides of the orange from top to bottom. Don’t slice too thick a slice. Leave a layer of pith on the orange. As the pith is the bitter part, you don’t want to take all of it.

Twisting these buns wasn’t difficult. Getting them to stay twisted was a little more difficult :) It helps to press the ends of the twisted dough onto the parchment paper, but parchment paper, by nature, doesn’t really want to hold on to the dough. I ended up adjusting the worst of the untwisting offenders before baking, but for the most part, just embraced their imperfection. (With a bit of hindsight, I might try stretching the dough piece lengthwise a bit before twisting next time. It might loosen it up enough to control it’s urge to untwist).

For the prettiest glaze, only glaze the buns once. I had extra glaze left and went over them a second time (hate to waste :). It makes for more glaze, but it does muck it up a bit when you back over it with a second layer.

These buns turned out to be quite large! You could easily adjust the recipe to make smaller ones. Or just break them in half, to make two smaller servings :) 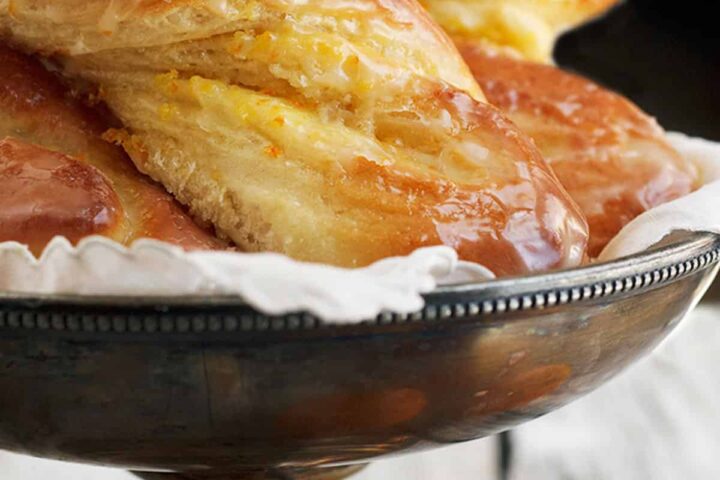