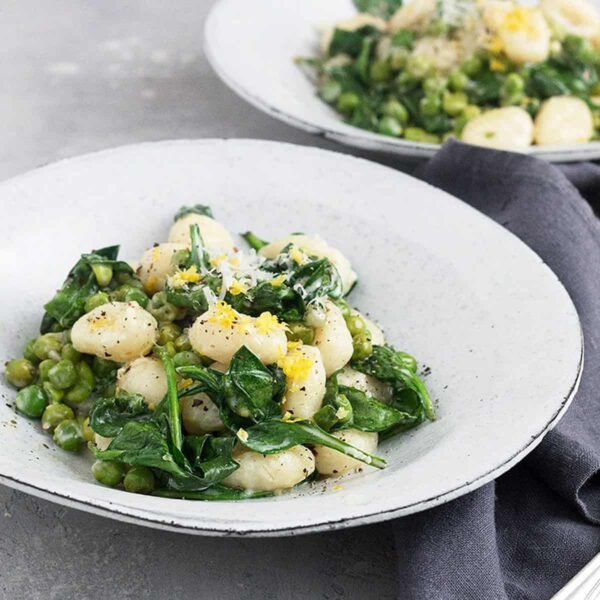 Gnocchi with Peas, Spinach and Lemon

Easy and delicious, this one starts with store-bought gnocchi and frozen peas, so it's ready in less that 30 minutes!
Jump to Recipe Pin Recipe
5 stars from 9 ratings

Looking for a new and different gnocchi dishes? This one combines it with peas, spinach and lovely lemon cream sauce. A great, fresh Spring dish! 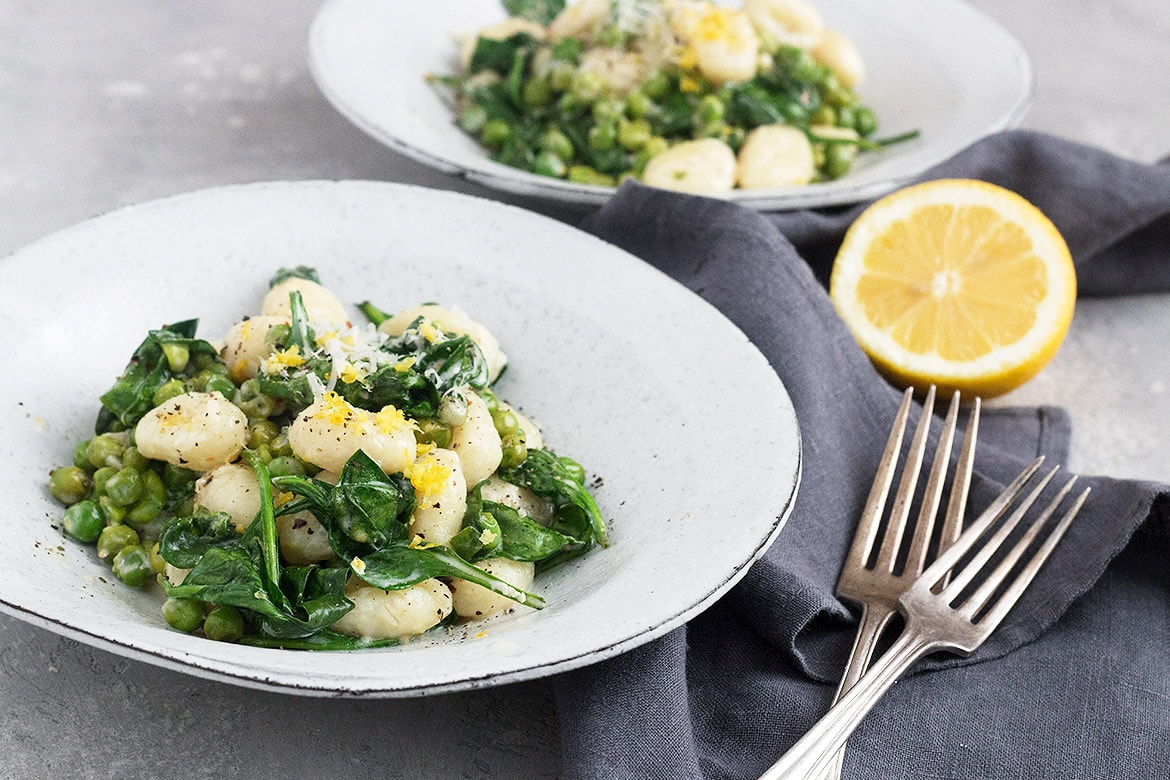 This easy gnocchi recipe requires only a few ingredients and begins with always easy, store-bought gnocchi. After boiling the gnocchi for just 2 minutes, it heads to a skillet, where it joins peas, spinach, a bit of Red pepper flakes, to spice things up a little and a handful of Parmesan. It’s all cooked up together in an easy, creamy lemon sauce.

This is the perfect dish for those nights when you want a nice dinner, but want it quickly and easily. Starting with store-bought gnocchi and frozen peas takes care of that.

Instead of boiling a large, tall pot of water to boil the gnocchi, like you would typically do for pasta, use a low, wide pot, such as a high-sided skillet type pot. The wider, shallower pot will boil the water much more quickly and you can get the gnocchi in and out without sitting and waiting for a large pot of water to boil.

Seasoning well is important with this dish. Be sure to salt the water you boil the gnocchi in well. Season the finished dish well with salt and freshly ground pepper, to really bring the flavours together.

While you can use a lower fat cream here, keep in mind that the lower fat the cream, the more likely it will “break” or curdle when combined with an acid, such as the lemon juice used here. The result will be a sauce that will have flecks of curdled cream in a less creamy overall sauce. 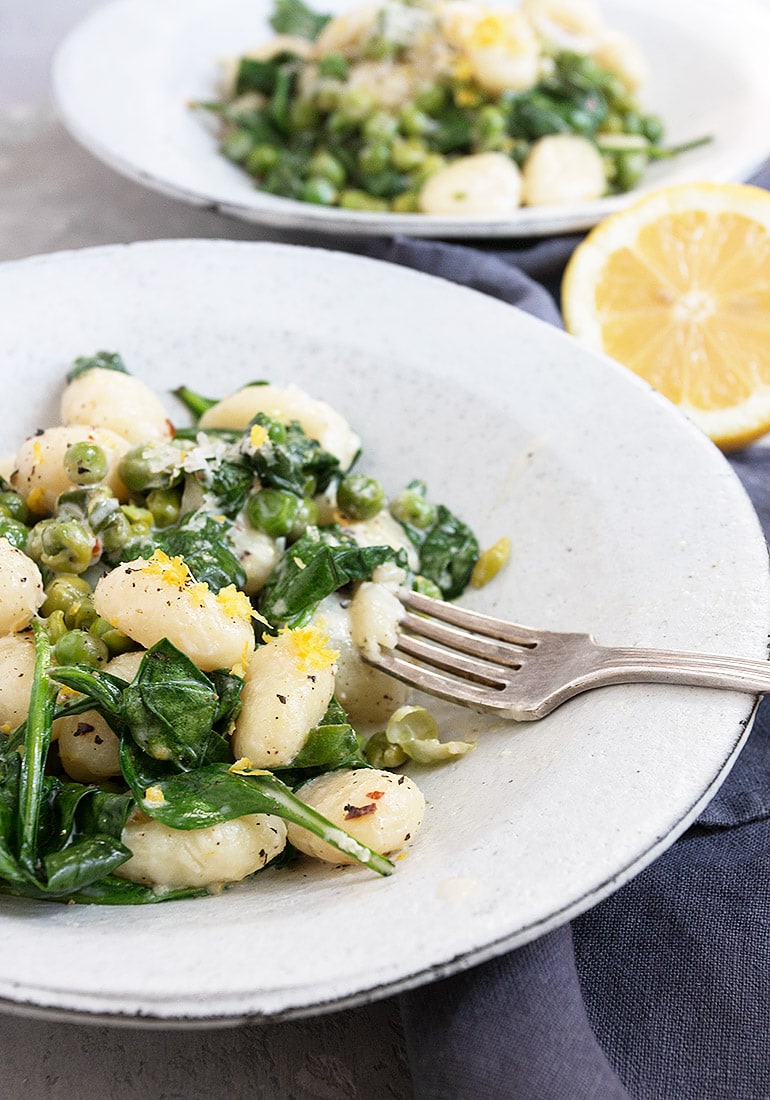 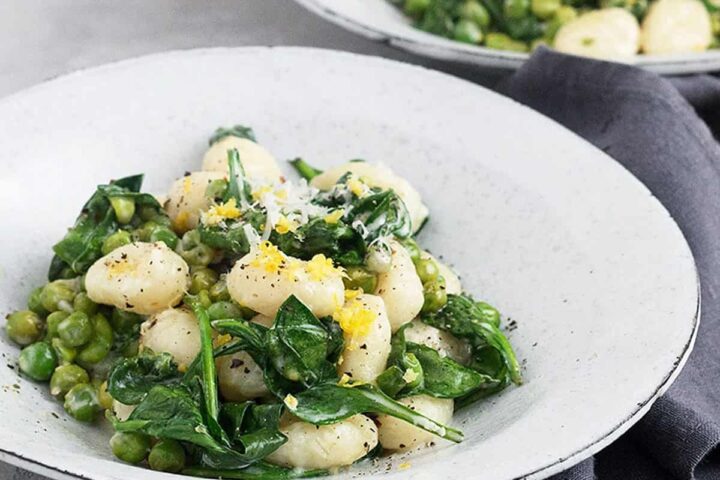 Get the Recipe: Gnocchi with Peas, Spinach and Lemon

Easy and delicious, this one starts with store-bought gnocchi and frozen peas, so it's ready in less that 30 minutes!
5 stars from 9 ratings
Print Recipe Pin This Leave a Review
Prep Time: 5 mins
Cook Time: 15 mins
Total Time: 20 mins
Yield: 3 servings

24 comments on “Gnocchi with Peas, Spinach and Lemon”