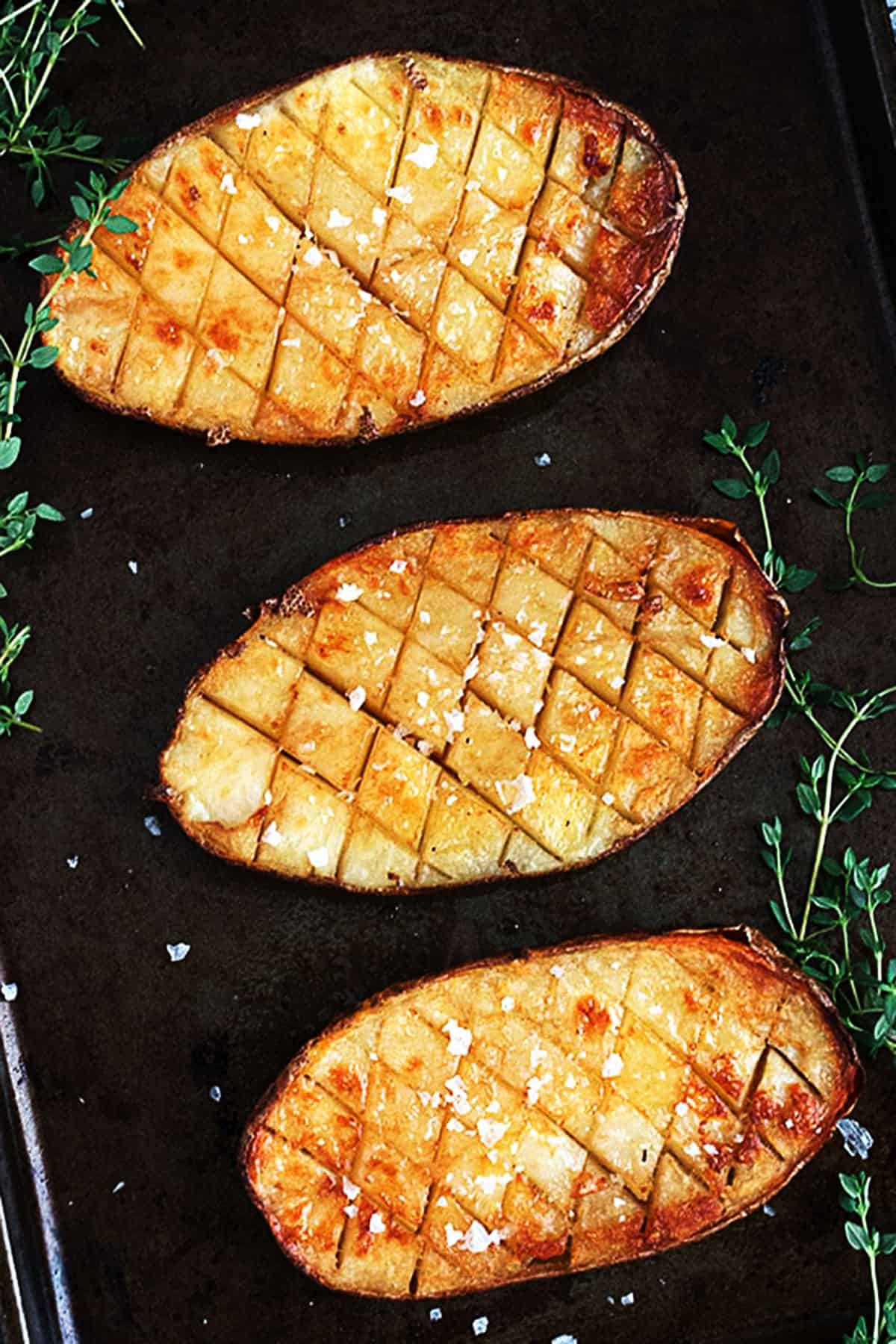 Crispy on the outside and creamy on the inside, these russet potatoes are basted with olive oil, salt and malt vinegar as they cook, for great flavour! 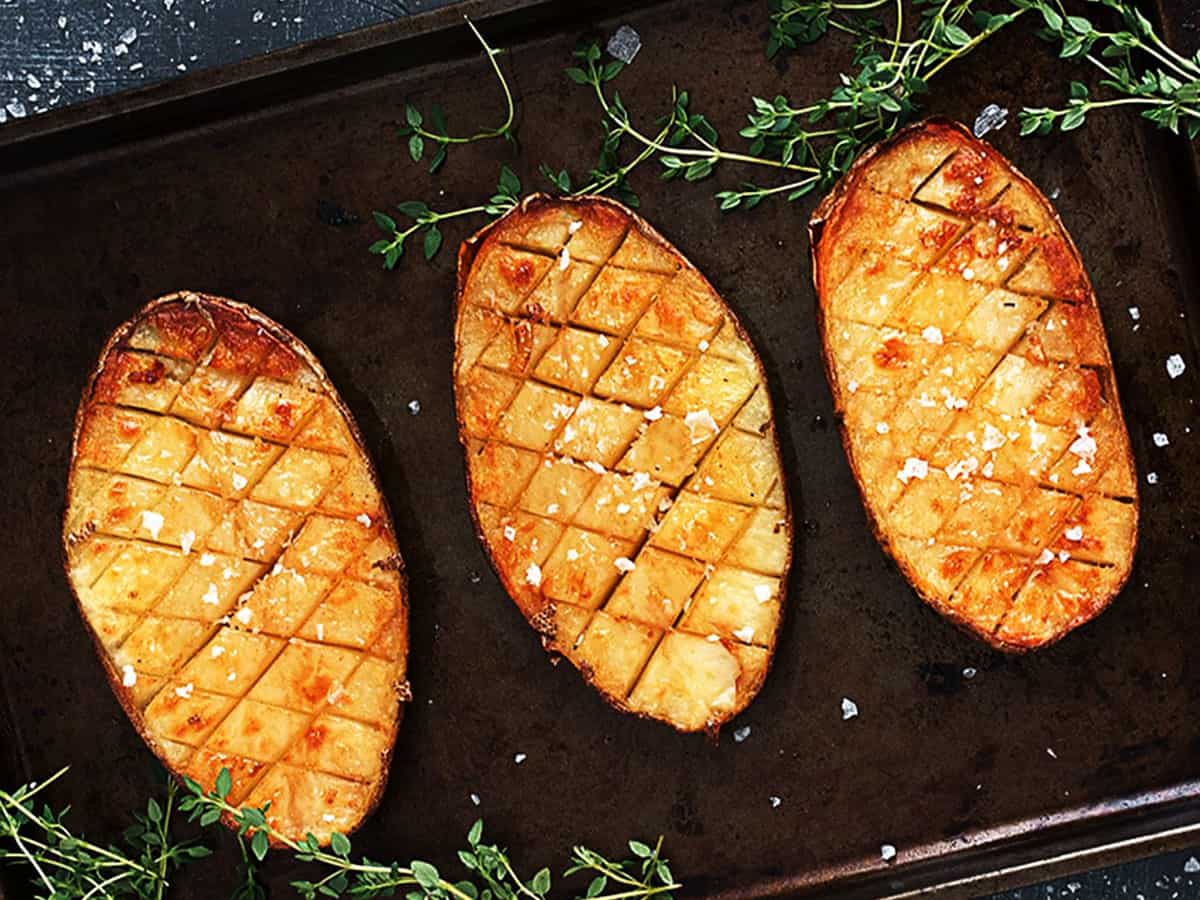 It's been a while since I have shown potatoes some love, so I thought I'd share these delicious Salt and Malt Vinegar Russet Potatoes.

These russet potato halves are twice-cooked, basted with a olive oil, salt and malt vinegar mixture, then baked up to crispy, flavourful goodness.

These potatoes are great beside a steak or other grilled meat. Enjoy them on their own or serve with a dollop of creme fraiche or sour cream, if you like.

It doesn't really matter what size your russet potatoes are to start, but pick out potatoes that are of similar size, so they cook evenly.

I find the microwave the easiest way to do the first cooking of the potatoes, but you can always just go with a standard oven bake. Simply place your potatoes on a baking sheet and cook at 425F for 45-60 minutes, or as needed to cook through. 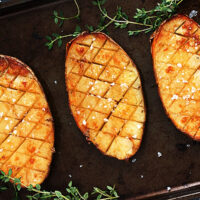 Crispy on the outside and creamy on the inside, basted with  olive oil, salt and malt vinegar as they cook, for great flavour!
Author: Jennifer
5 stars from 6 ratings
Print it Pin it + Collection Go to Collections Share by Email
Prep Time 15 mins
Cook Time 30 mins
Cooling TIme 15 mins
Total Time 45 mins
Course Side Dish
Servings 6 servings

Be sure to read the "Cook's Notes" in the original post, for tips, tricks and substitution ideas.