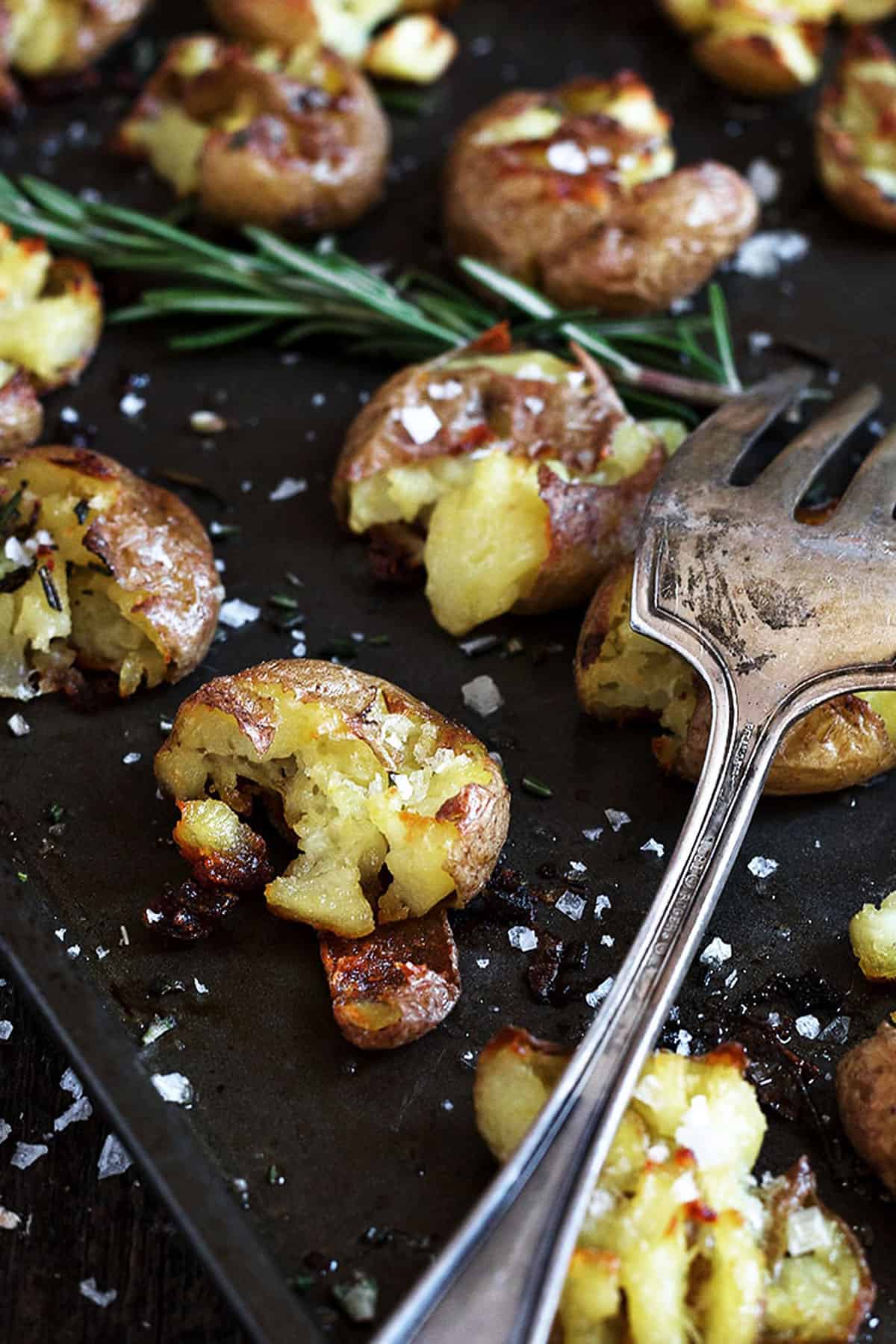 Easy and delicious, these Rosemary Olive Oil Smashed Potatoes are at home at breakfast, brunch or dinner! 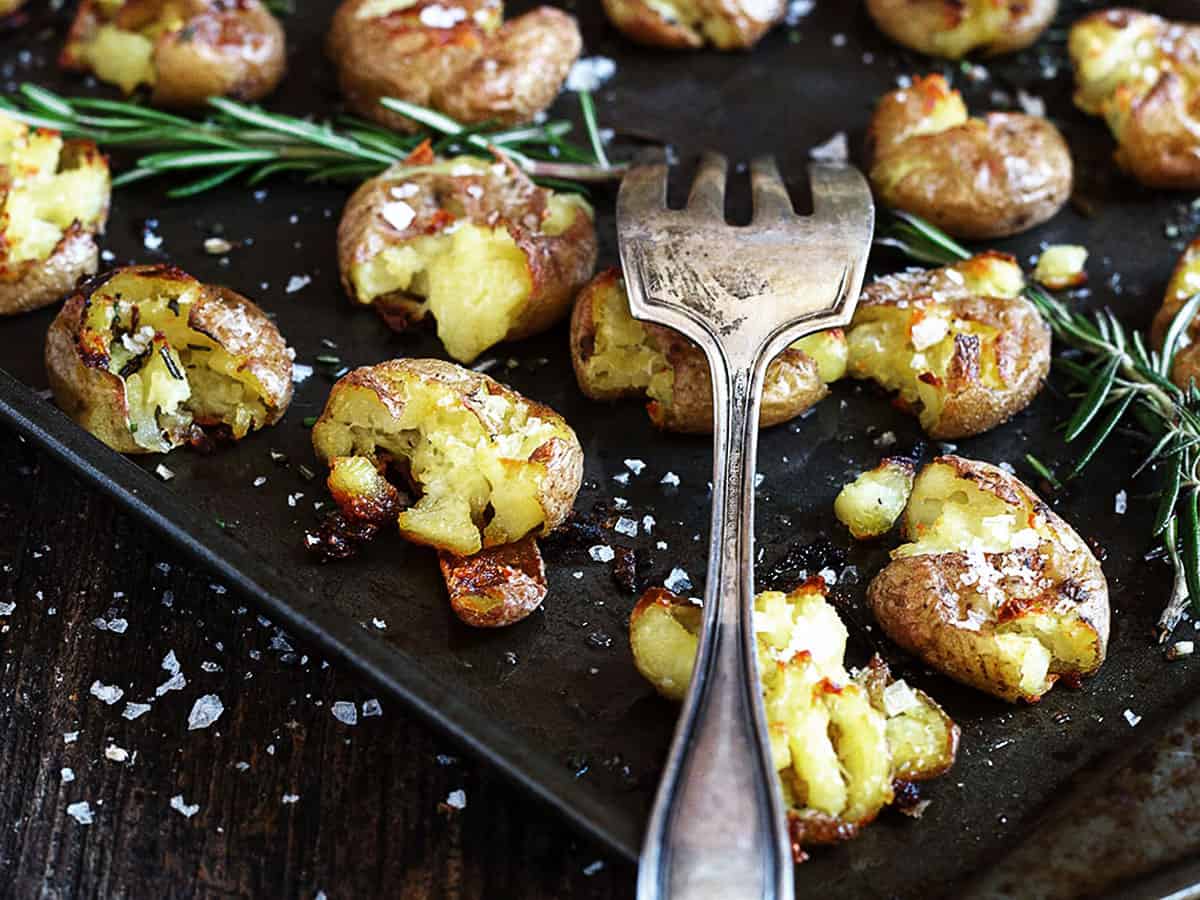 I don't often think to share simple potato dishes like this, because they are, well ... so simple :) That said, potatoes are a regular side dish around here and if I've learned anything over the years, sometimes the simplest dishes are the stars of the plate.

These smashed potatoes are one of those, I think. Little potatoes, boiled, smashed and cooked with homemade rosemary-infused olive oil and cooked to crispy perfection. And of course, salt. Lots of salt.

What sets these apart from the normal smashed potatoes? The quick and easy, homemade, rosemary-infused olive oil. Applied liberally so it soaks into the potatoes, delivers the most fabulous flavour!

These smashed potatoes are at home at breakfast or brunch, next to eggs and bacon or as a side for any meat. Great side for BBQ season's grilled meats!

I started with mini potatoes here, but any size potato would work. Just the boiling time at the start will change. Simply boil until fork tender, however long that takes.

Be sure not to rush your potatoes out of the oven. You want creamy in the middle and crispy on the outside, so allow them enough time in the oven to get there.

If you're feeling garlic, throw a whole clove of garlic or two into the oil while it's heating.

You will probably have left-over rosemary olive oil. Pour it in a jar and pop it in the fridge, then you'll be all ready for another batch of these, without having to do the olive oil part again. It will keep several weeks in the fridge.

Be sure to generously salt your potato boiling water, so that a nice bit of saltiness infuses the potatoes as they cook. 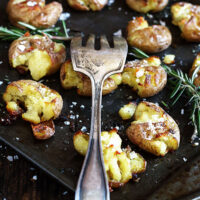 A great potato side dish, with homemade rosemary olive oil, that is generously brushed on the potatoes as they roast. Finish with lots of coarse salt. Great for breakfast or brunch or as a side for meat, for dinner.
Author: Jennifer
5 stars from 3 ratings
Print it Pin it + Collection Go to Collections Share by Email
Prep Time 10 mins
Cook Time 30 mins
Total Time 40 mins
Course Side Dish
Servings 4 servings