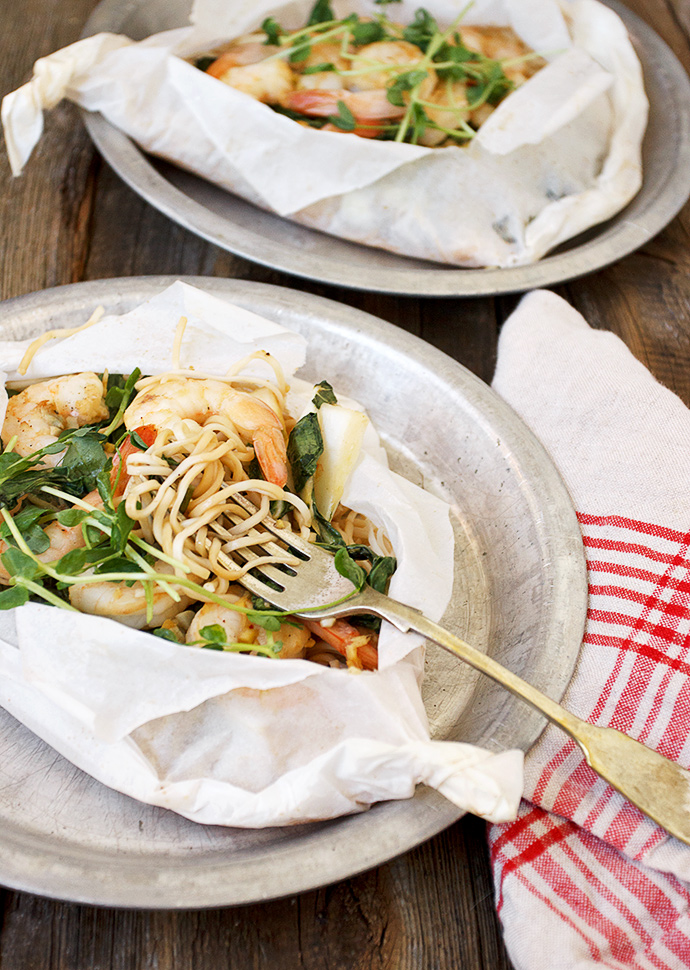 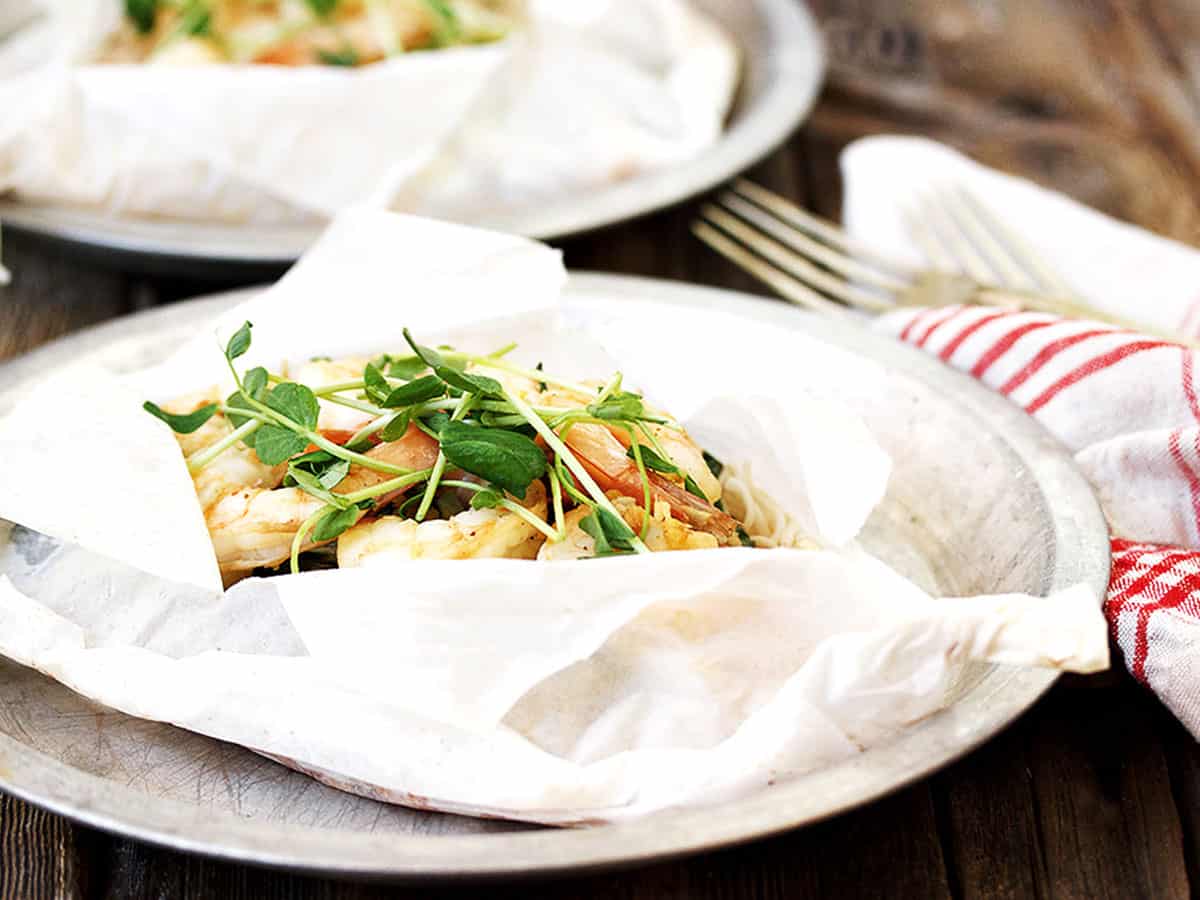 Truth be told, I could have taken all the ingredients in this dish and thrown them in my wok for a stir fry, but there's something to be said for doing things differently once in a while and cooking things up in their own little parchment packets ("en papillote") falls in to that category.

This is a quick dinner, but it's special at the same time. Delicious and perfect for a "dinner for two". That said, if it's not just two of you, you can easily double this recipe to serve more.

\There's a bit of loose-ness to this recipe. You can use whatever kind of noodle you like or have on hand, as much or as little as you like. The size and quantity of shrimp used is also pretty much up to you. As long as it all fits in the packets :)

You could make this dish with cooked shrimp, simply reduce the oven time down to about 10 minutes.

Many grocery stores sell parchment cooking pouches, which would work great for this dish and make it even easier to put together! 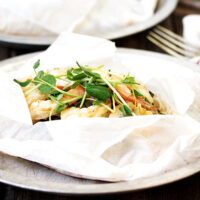 These Asian-inspired packets of shrimp, bok choy and noodles are an easy, but special meal. You can use raw or cooked shrimp and the noodle of your choice. Makes 2. Double as needed.
Author: Jennifer
5 stars from 3 ratings
Print it Pin it + Collection Go to Collections Share by Email
Prep Time 15 mins
Cook Time 15 mins
Total Time 30 mins
Course Main Course
Servings 2 servings