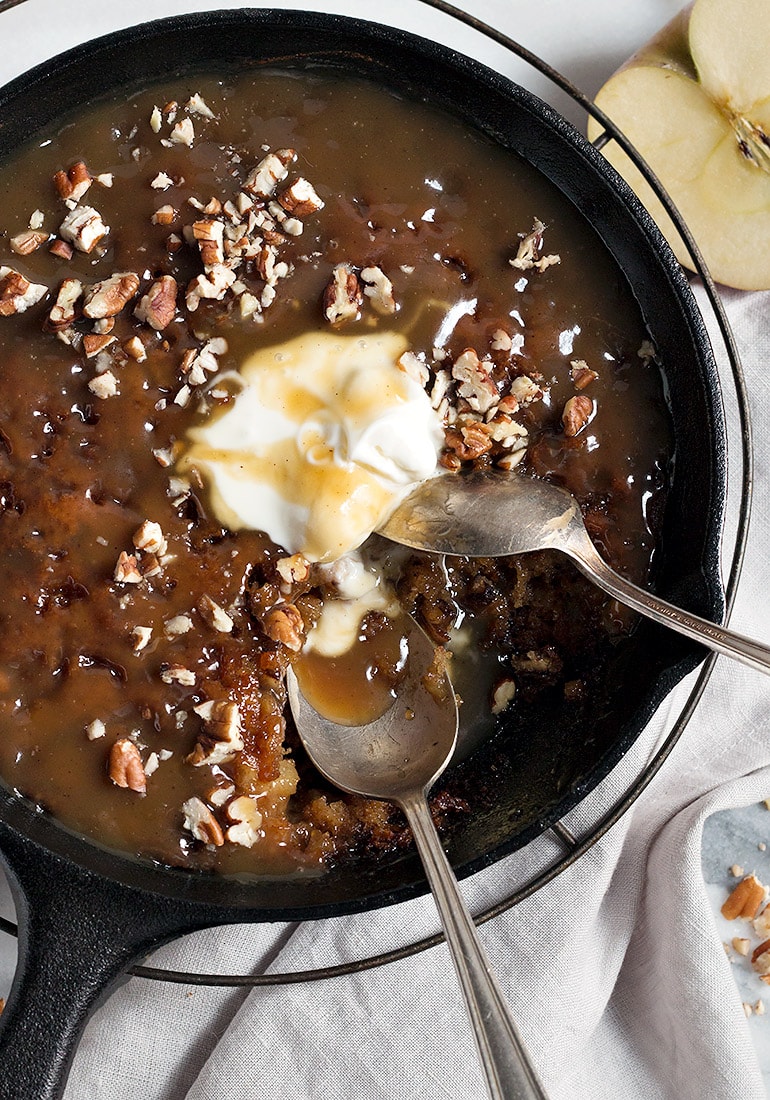 A twist on the classic, this Sticky Toffee Apple Pudding is made with no dates. Instead his one uses apples and apple cider for a lovely Fall and Winter dessert! 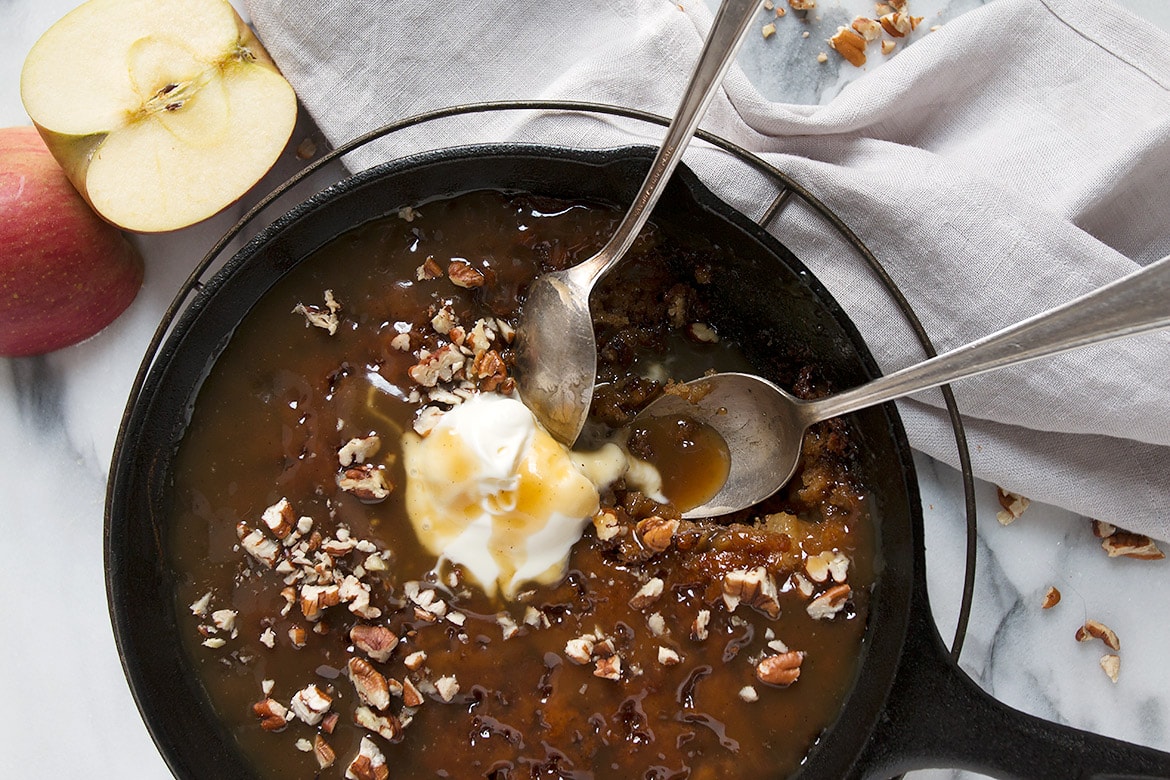 Sticky Toffee Pudding has always been one of my favourite desserts and especially once the weather gets cooler. For the uninitiated, it's not a pudding in the "put it in a bowl and eat it with a spoon" way. It's a pudding in the British style - a cake. Classic Sticky Toffee Pudding uses dates and while I'm a fan of the date version, I don't always have dates on hand. And besides, it's Fall and apples are a great way to bring a twist to this classic.

This sticky toffee pudding is a spin on the classic pudding, using apples instead of dates. It also features some chopped pecans for flavour and a bit of light crunch. The result is every bit as comforting as the original with a nice change in flavours and of course, made easily anytime with just a few apples..

Of course, one of the best parts of Sticky Toffee Pudding is the toffee sauce, so there's plenty of it with this apple version as well.

If you don't have apple cider on hand, you can substitute apple juice, though unsweetened would be best. Unsweetened applesauce would work as well. I would maybe thin it slightly with a splash of hot water, then let stand until cooled before using. If using sweetened apple juice or applesauce, you may wish to reduce the sugar in the cake slightly. In a pinch, I think you could even just steep some cut up apples in a cup of boiling water, then remove the apples and use that liquid.

You can also make these in individual ramekins, for single servings. The size of ramekin doesn't really matter, just bear in mind not to fill any more than 2/3 full (as they rise!), bake on a baking sheet (in case they spill over a bit) and test often as they bake, as baking time will be less.

A scoop of vanilla ice cream or lightly sweetened whipped cream is nice on top to serve.

Make it "for two" sized! For a nice dessert for 2 (or 3), simply halve the recipe and bake it up in a 6-inch skillet or similar sized baking dish. (Shown here is mine, baked in a 6.5-inch lodge cast iron skillet). 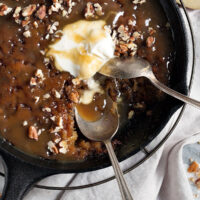 A variation on the classic sticky toffee pudding but with apples instead of dates. Of course it has that fabulous toffee sauce, though.
Author: Jennifer
5 stars from 7 ratings
Print it Pin it + Collection Go to Collections Share by Text Share by Email
Prep Time 15 mins
Cook Time 30 mins
Total Time 45 mins
Course Dessert
Servings 9 servings

For the Toffee Sauce:

You can substitute unsweetened apple juice for the apple cider. Or mix 1/2 cup unsweetened applesauce with 1/2 cup hot water, then let cool before using. For a dessert for two (or 3), halve the recipe and bake up in a 6-inch skillet or smaller dish. Be sure to read the "Cook's Notes" in the original post, for more tips, options, substitutions and variations for this recipe!