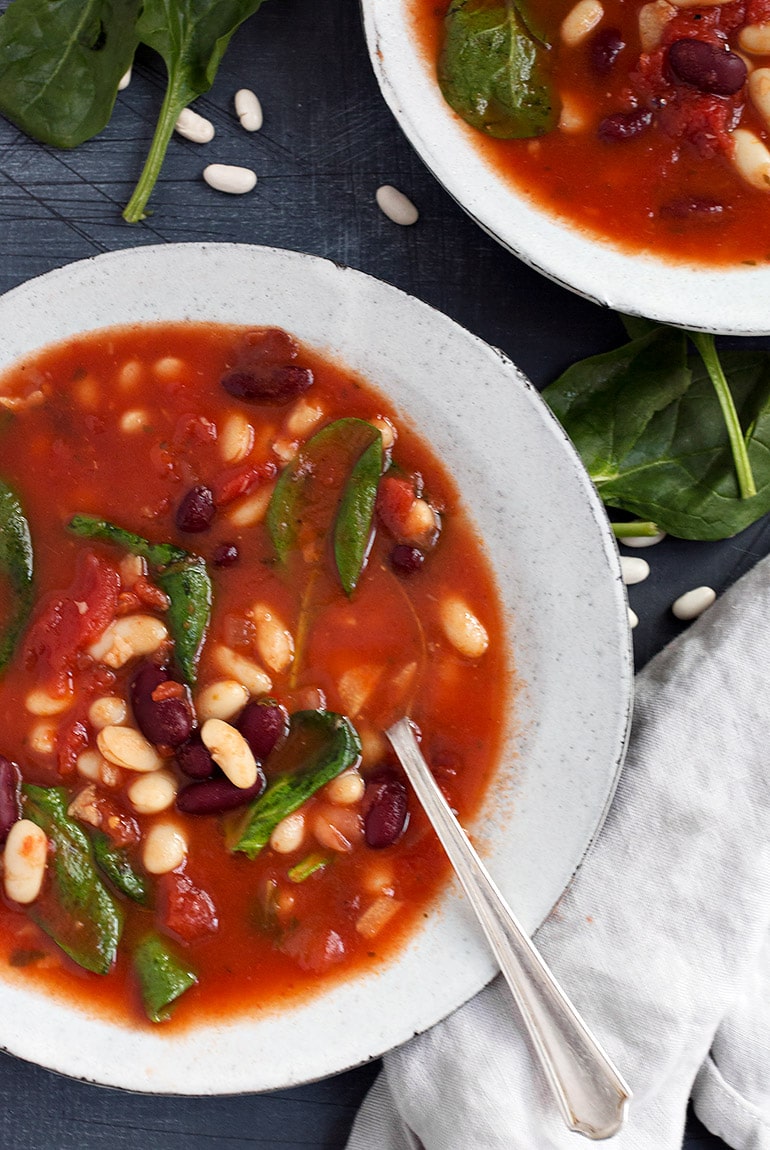 This easy bean soup starts with canned beans and tomatoes, for a quick, delicious, hearty and healthy soup. 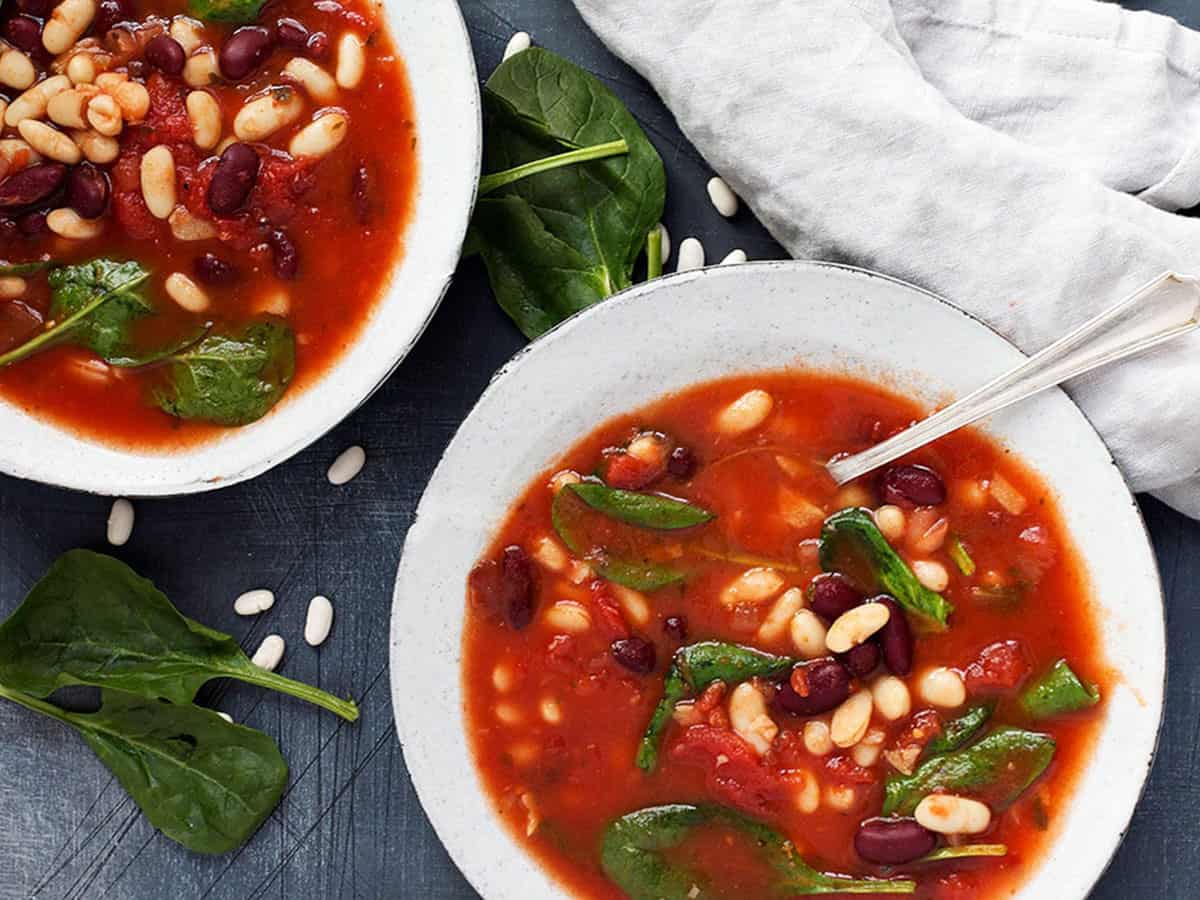 If you're anything like me, you are probably looking for a little balance after all the Super Bowl Sunday indulgences :) This Two Bean Tomato Spinach Soup is just the thing! It's everything I'm needing right now - easy, delicious, hearty and healthy.

This soup has a rich tomato broth, combined with both red and white kidney beans and a healthy amount of baby spinach. It's a great soup to have in the fridge for a bowl at lunch. Add a loaf of crusty bread and a salad and this is a great dinner soup, too.

You can make this bean soup quickly, using canned beans or if you prefer, start with dried beans. Either way, you'll enjoy a hearty and healthy bowl of soup to bring a little balance to the week.

Bringing out the full flavour of the tomatoes is the key to this soup. Taking the time to caramelize them at the beginning will really pay off at the end. Alternately, for a speedier soup, start with a can of Fire-Roasted tomatoes.

Feel free to replace the baby spinach with another green. Chard or kale would be great alternatives.

Change it Up! If you're feeling like a change of flavours, switch out the Italian-style herbs in this soup with a Tex-Mex mix. Use a bit of cumin, chili powder and/or paprika, to taste.

If you started with dried beans and cooked them off, save a bit (about a cup) of the bean cooking liquid to add to the soup, for extra flavour and thickness. You can replace a cup of the chicken or vegetable broth or simply add additionally, depending on the thickness of your soup.

If starting with canned beans, be sure to rinse well with cold water before using. You'll remove a lot of the added salt by doing this simple step.

As with all soups, seasoning is key. If soup seems to lack enough flavour, it probably needs more salt to bring out all the flavours.

How to Cook Dried Beans

Soak dried beans 6-8 hours or overnight in water. Drain and add beans to a large pot. Cover beans with water to about 2-inches above the beans. *For flavour, you can add a bay leaf, quartered onion and or halved garlic cloves, but do not salt the water or your beans might be tough. Bring water to a boil, then reduce heat to medium-low or whatever heat level allows the water to just barely simmer. Cook, stirring once or twice for 45-60 minutes, or until beans are soft and creamy. Drain and remove and discard bay leaf etc, if using. Use beans right away for your dish or refrigerate to use later. 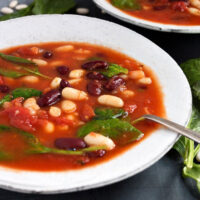 See Cook's Notes for how to start this soup with dried beans instead, as well as other tips for making this soup!