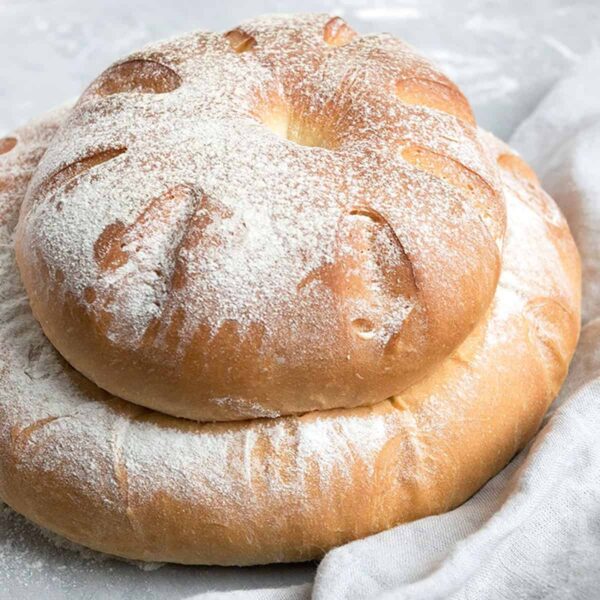 A classic crusty loaf, this British Cottage Loaf is a delicious white loaf baked up in a unique free-form shape. 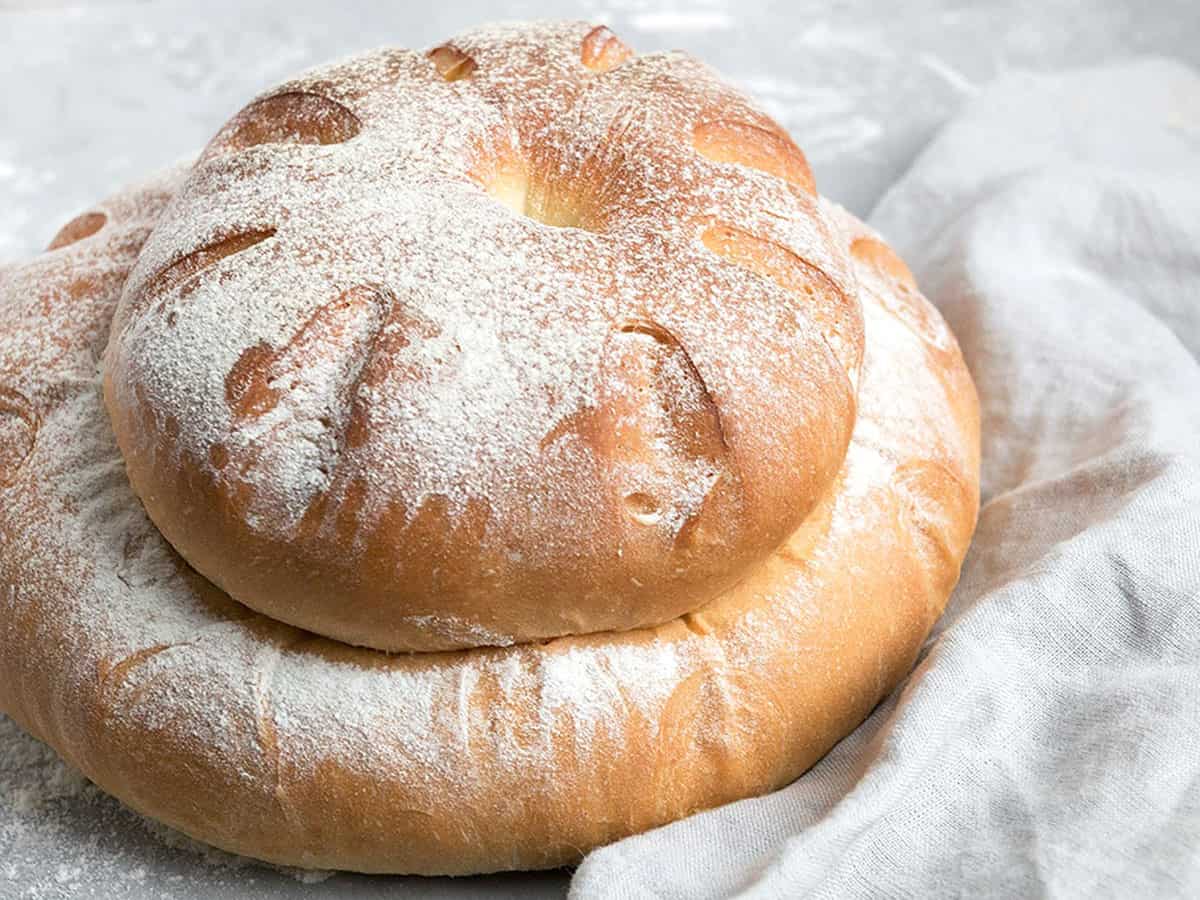 One of my favourite parts of the Christmas holiday break is taking advantage of the lazy days to binge watch something on TV with the family. This year, we enjoyed a day (or three :) of the Great British Bake-Off.

I realized early on that while I tend to consider myself a baker, I’m definitely not a baker on that level! I don’t have near the patience or skill for most of those bakes. That said, there were a few things that caught my eye and seemed like they would be a fun little at home baking challenge.

I had never heard of a Cottage Loaf, but it seemed like a basic loaf of white bread that was just shaped uniquely, so I figured I could maybe handle it. So I tucked the idea away for a quiet snowy day’s baking adventure.

That quiet snowy day finally came and here it is! My first Cottage Loaf. And let me tell you, it is a delicious loaf of bread and only a bit more work than with a regular pan loaf.

I did have a little oven trouble (see Cook’s Notes :), so I definitely didn’t ace this first little baking challenge, but I am looking forward to making it again. 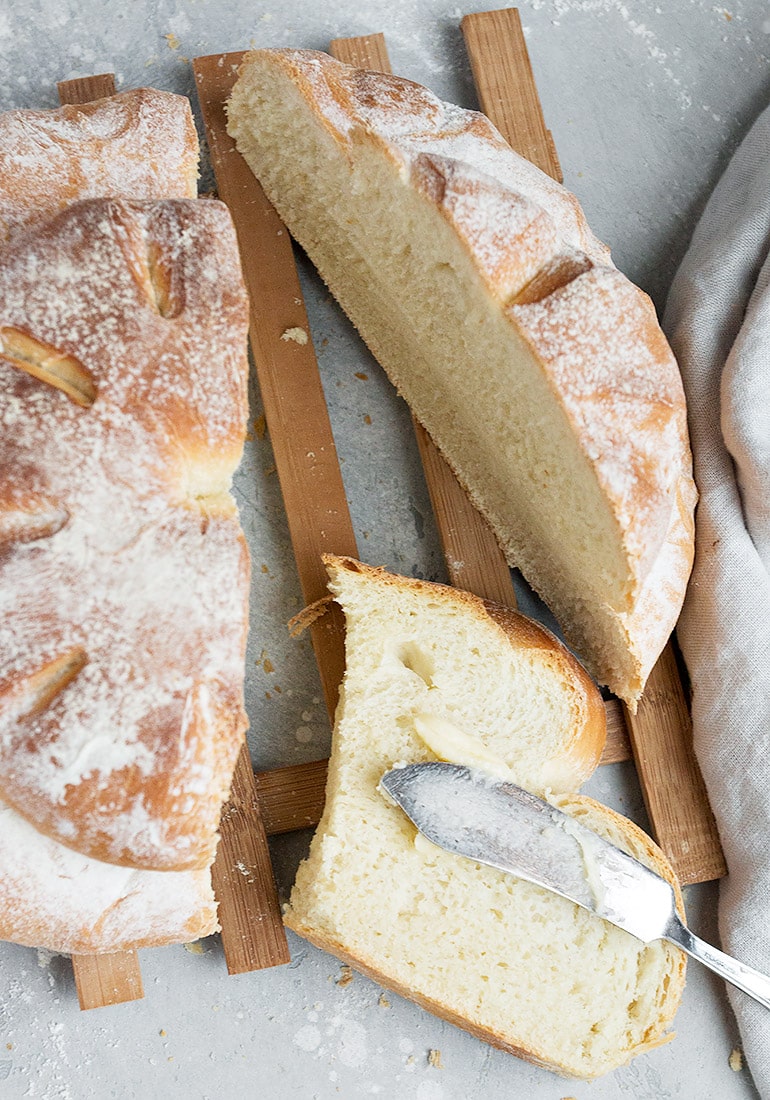 In true Bake-Off fashion, I had a bit of baking drama when baking my loaf, when I discovered that while setting my oven timer for the first 15 minute bake, I accidentally turned off my oven. When I discovered it at the 15 minute mark, the oven temperature had dropped down to 312F. I turned the oven back on to 375F and just continued baking. While my finished loaf was fine, I suspect my rise and crust suffered and my baking time was probably a bit extended.

I tested my loaf with a thermometer when I took it out and it registered about 201F. I thought that would be fine, but after cutting into it, I think it could have used a few more minutes in the oven (I think that’s what Paul Hollywood would say ;) If you have a thermometer, probably 208-210F would be a better goal.

You may want to lay a piece of foil over the top for the last minutes of baking. The top bit starts to brown up before the loaf is done, so the foil will allow you to keep it in the oven longer without over-browning the top. 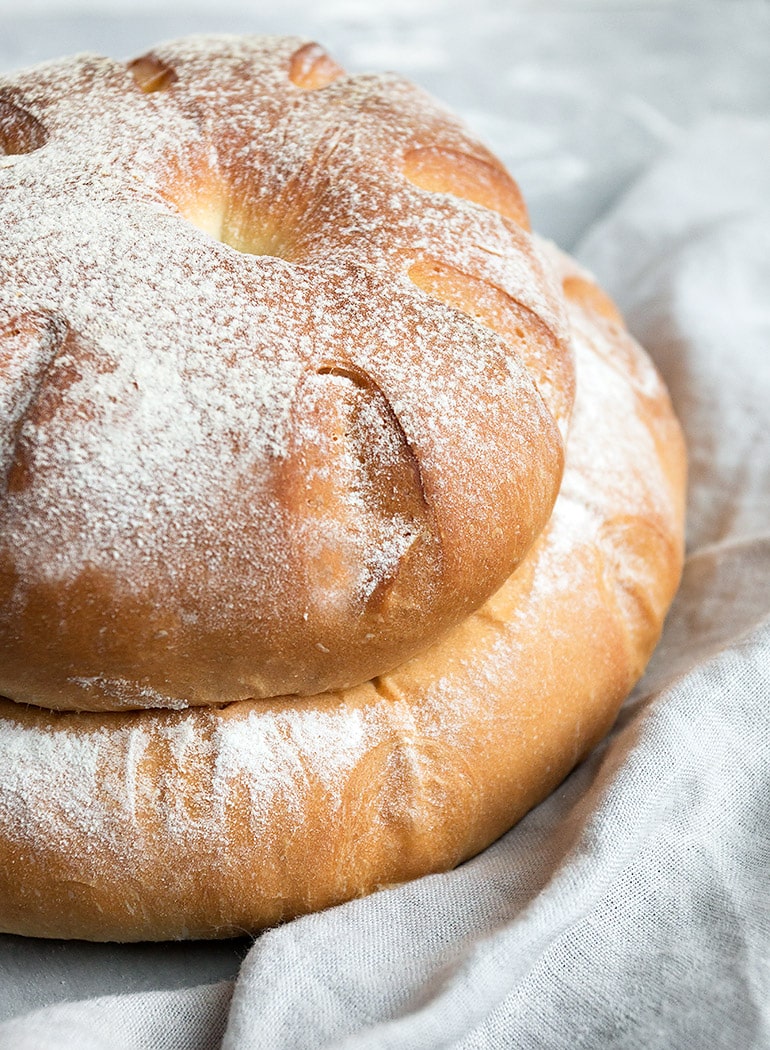 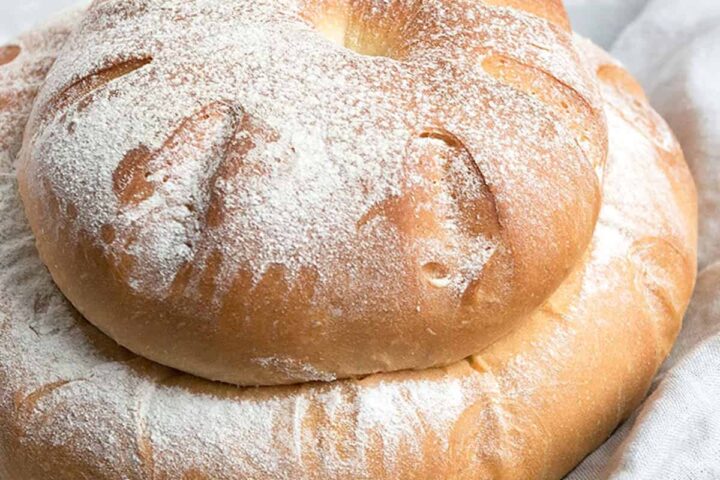 Get the Recipe: British Cottage Loaf

END_OF_DOCUMENT_TOKEN_TO_BE_REPLACED 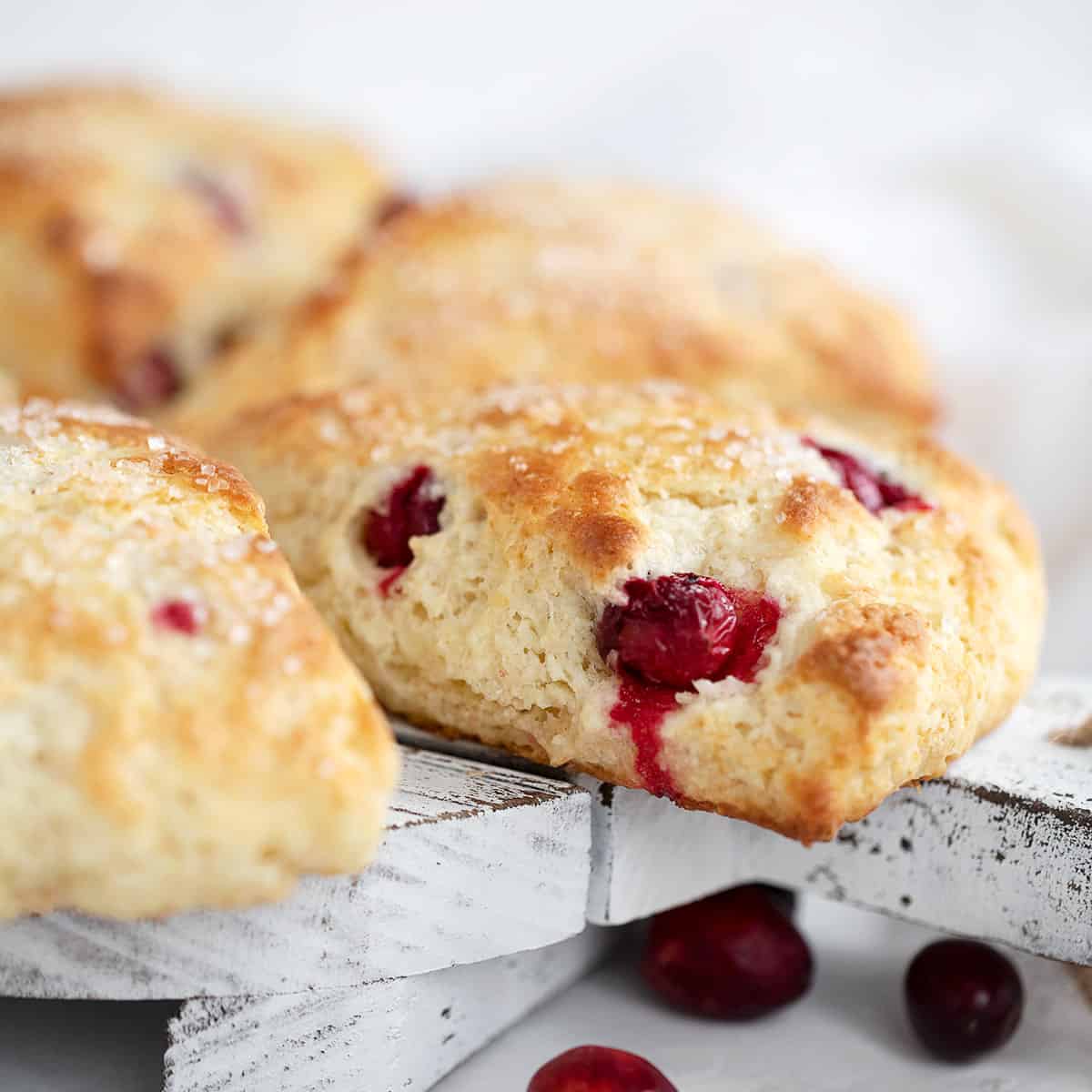