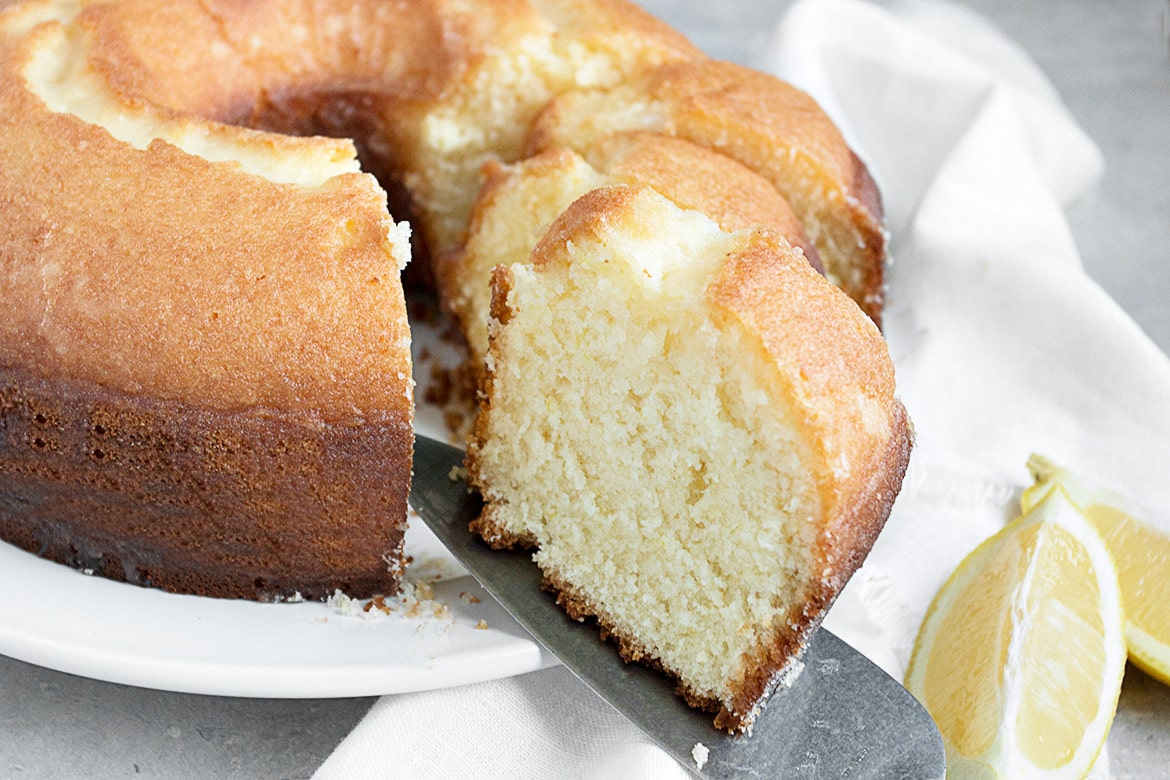 A timeless, classic lemon cake from the queen of desserts, Maida Heatter, with a lovely texture and brushed with a lemon juice and sugar glaze.

Originally published in in the New York Times in the 1970's, this lemon cake went viral when viral meant it was showing up in every kitchen and the recipe was being written out to share with everyone they knew! And for good reason. This lemon cake is timeless and simply perfect. It's easy to make and made with standard pantry items. And it's a cake that can be enjoyed plain with tea or dressed up with fruit and whipped cream.

The original recipe comes from the queen of desserts, Maida Heatter, who apparently was given the recipe from her daughter, who lived on East 62nd Street in Manhattan. 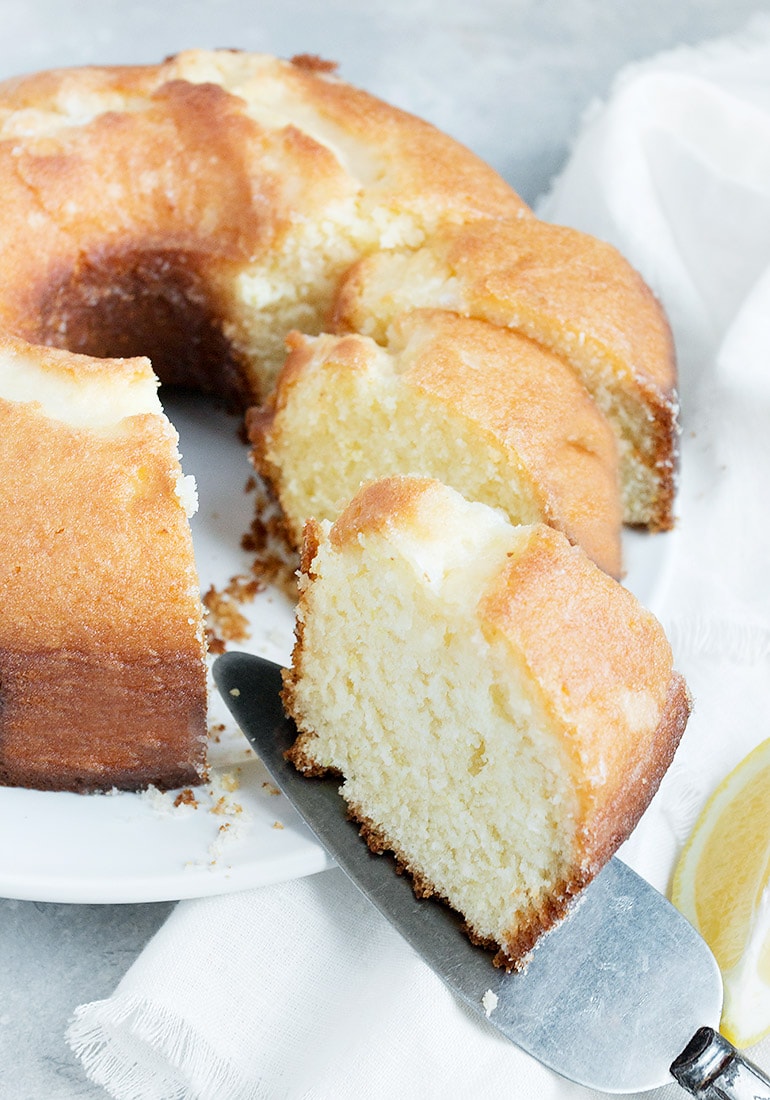 This cake can be made in either a bundt pan or a tube pan. In either case, it should have a 12-cup capacity. The bundt cake will be inverted after baking. The tube pan will not. I kind of love the soft top from baking it in a tube pan. That's what I've used here. I like to leave the base of the tube pan on until the cake is glazed and cooled, to prevent any breakage from trying to move a warm cake. It works just fine.

Interestingly, this cake recipe was published with two different baking temperatures. The original New York Times version specified 325F. for 75 minutes. When the recipe was published in Maida Heatter's "Book of Great Desserts" some time later, the baking temperature changed 350F. while still recommending about 75 minutes. It would seem that both can't be true. Having made this cake several times with different pans and times and temperatures, I think 325F for 70-75 minutes works nicely. If baking at 350F, the timing would be closer to 60 minutes, but note that this temperature tends to make quite a dark crust, darker than I prefer myself.

Top Tip! Don't mix up the lemon juice and sugar glaze until right before brushing on the cake. It's important that the sugar not have time to dissolve. That way the sugar crystals make a lovely, crisp coating on the cake.

The sugar glaze on this cake nicely seals the outside and helps to keep it fresh for several days. Simply cover the any cut ends with plastic wrap and keep on the counter. 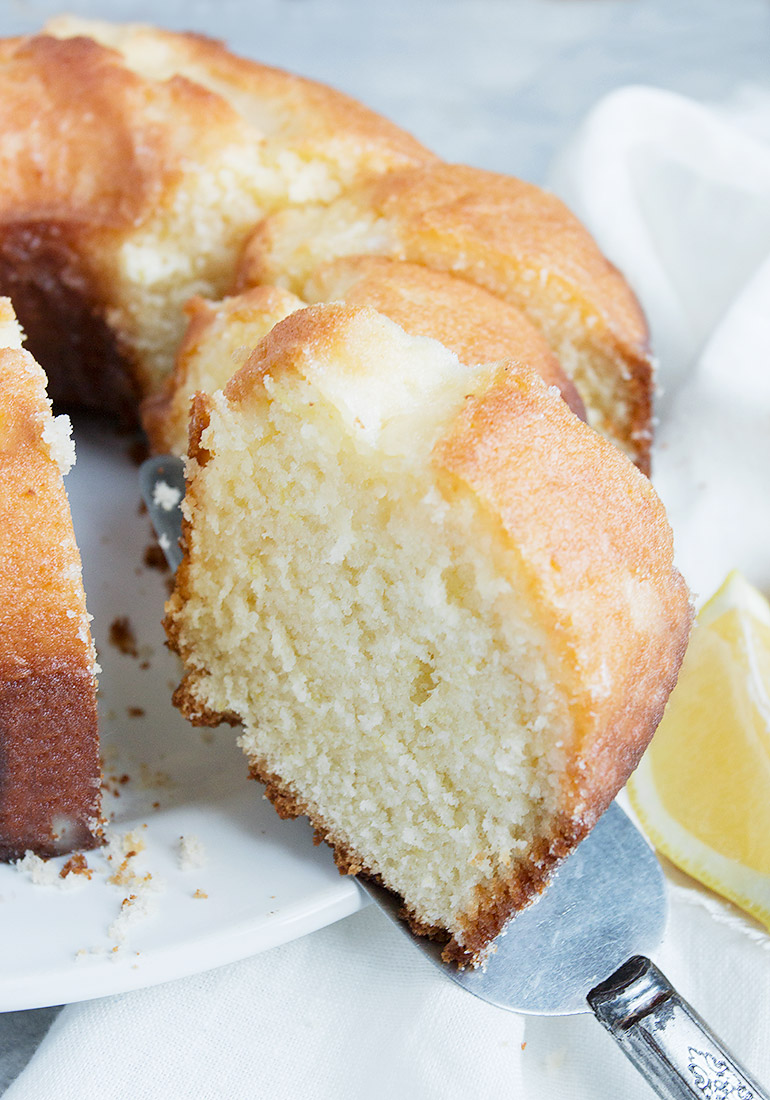 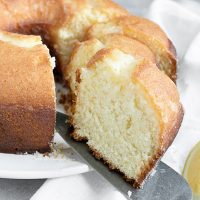 More Lemon Baking Recipes from the Seasons and Suppers Archives 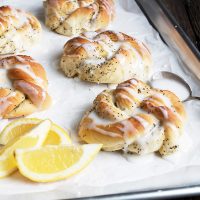 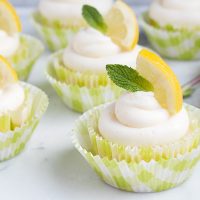 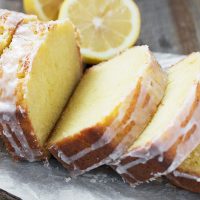 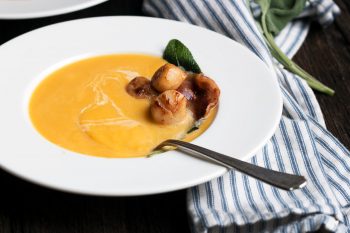 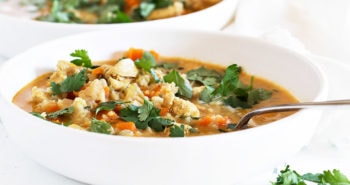 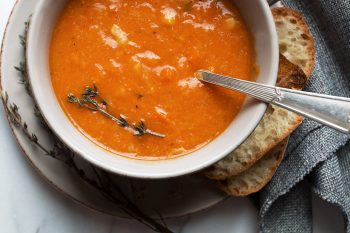 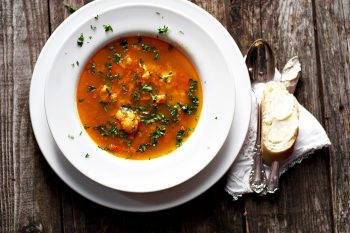