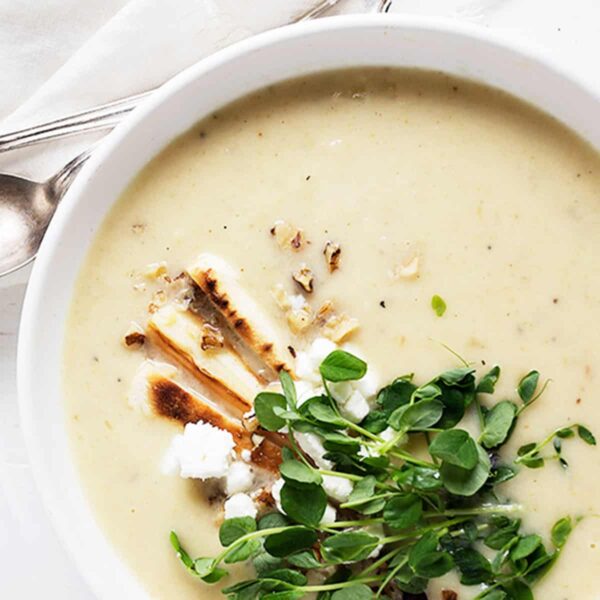 A delicious and easy parsnip soup, with just a touch of pear for sweetness.
Jump to Recipe
5 stars from 35 ratings

This farm to table pear and parsnip soup is Fall in a bowl! A restaurant quality soup and a wonderful way to enjoy parsnips (even if you think you don’t like parsnips). 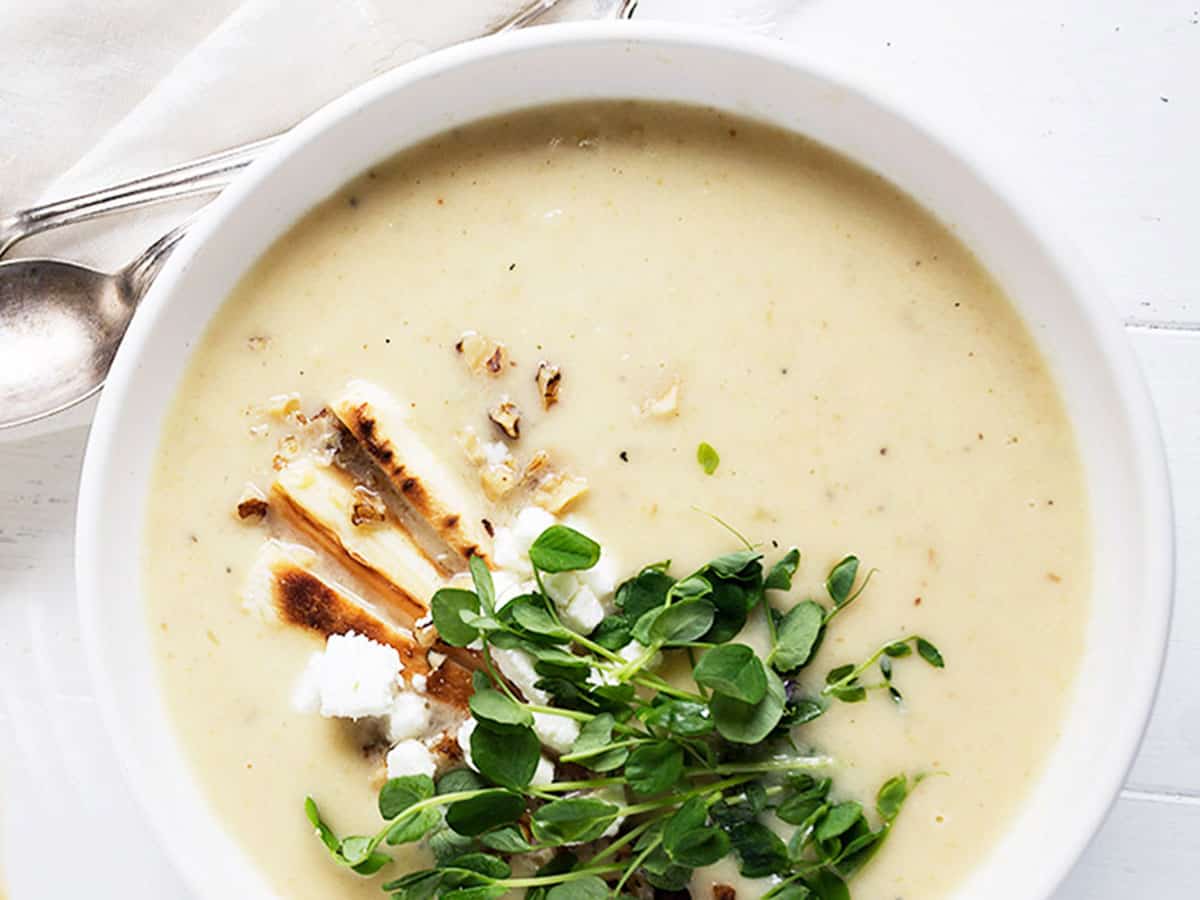 This parsnip soup inspiration came from that old saying “If it grows together, it goes together”, so I combined some Fall fruit with my Fall root vegetables and was richly rewarded with a beautiful pot of soup.

Parsnips make a beautiful soup and combining them with pears makes for the most surprisingly delicious soup! I highly recommend it, even for people who think they don’t like parsnips. I think you will be pleasantly surprised. Don’t skip the garnishes. The goat cheese crumbles and finely chopped walnuts take this delicious soup over the top.

Parsnips – parsnips are available pretty much year round at most grocery stores. They tend to come in quite small bags, so you may need to pick up two bags to get the 1 lb. required for this recipe.

Pears – you can use any kind of pear, from Bartlett to Red or Bosc pears. Pears that are ripe but still firm work best, though even if they are a little soft, it won’t matter in the end, as the soup will be pureed.

Heavy Cream – heavy, 35% whipping cream will produce the nicest results in this soup. You can use a lighter cream, such as 18% or 10%, but the soup will be a bit thinner. For a non-dairy option, try non-dairy “cream” or coconut milk or cream.

Making ahead, storing and freezing

You can make this soup ahead and re-heat to serve. Store soup in the refrigerator for 2-3 days.

Creamy soups like this don’t freeze especially well. While the flavour will be preserved, the texture may change with the freeze/thaw process. 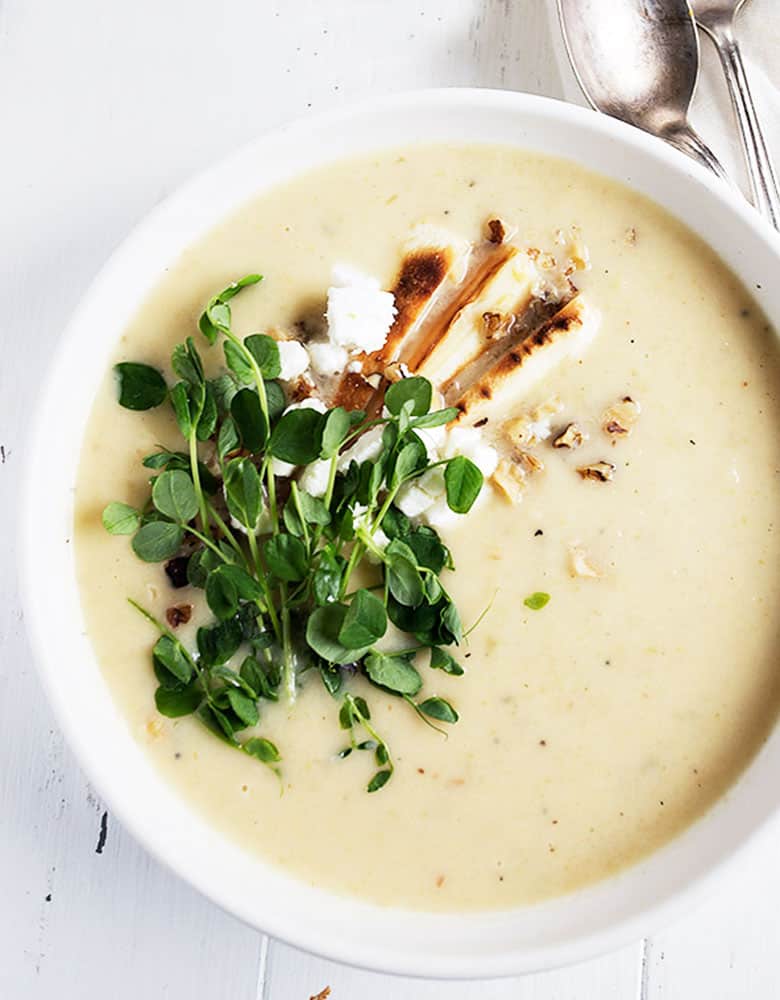 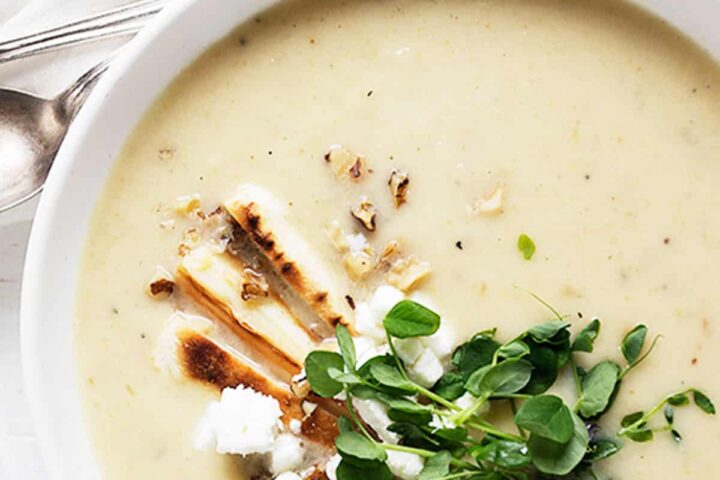 Get the Recipe: Roasted Parsnip and Pear Soup

END_OF_DOCUMENT_TOKEN_TO_BE_REPLACED 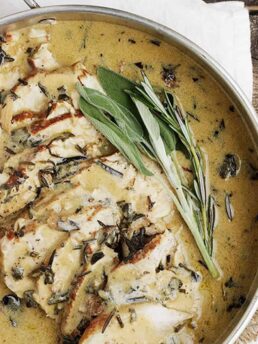