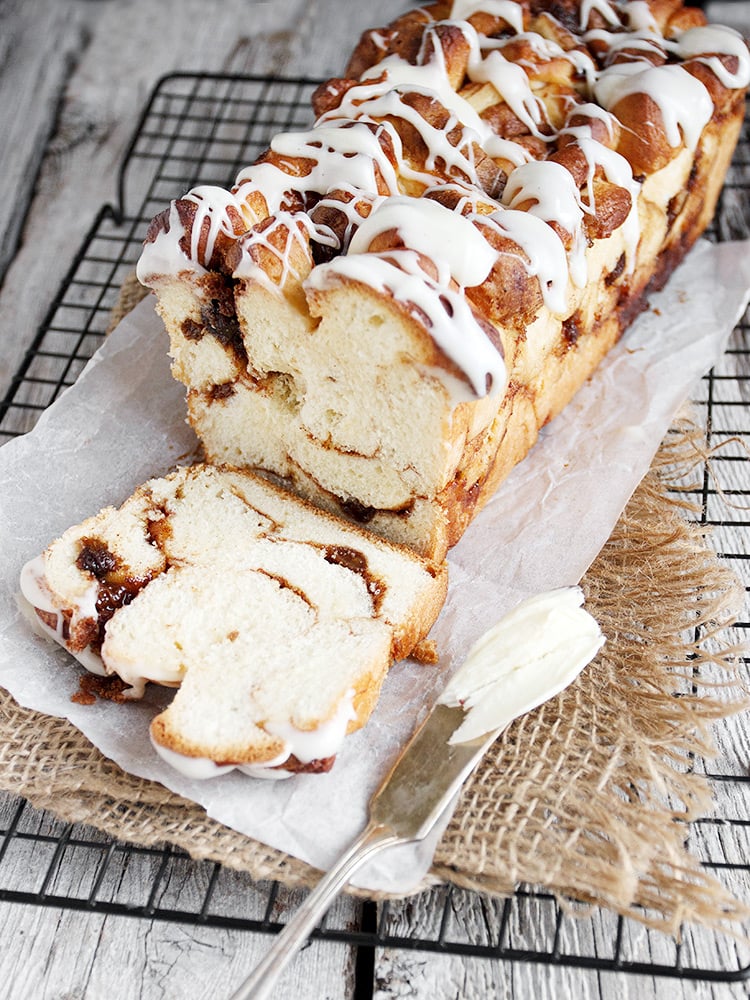 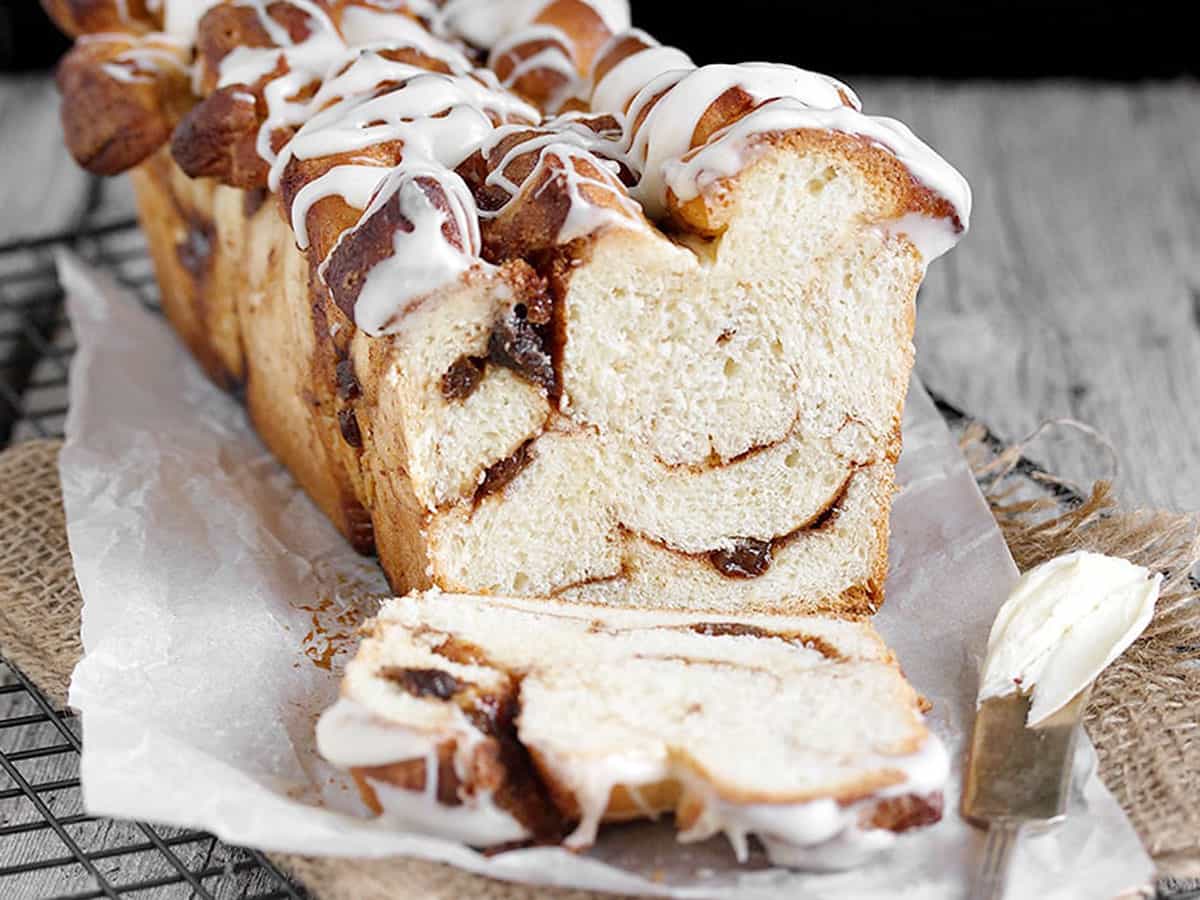 I have a sweet spot for cinnamon raisin bread. It’s such a comforting bread and delicious eaten out of hand with butter or toasted.

Of course, toasting is a little difficult with glaze. I just couldn’t help myself though. This bread was calling out for it! It adds a delicious sweet note, too. And when I want to toast this bread, I just remove most of the glaze before toasting.

The pretty cobblestone effect is made by cutting the jelly-rolled dough (with the cinnamon/raisin mixture inside), into small chunks and then layering them in the loaf pan. The finished loaf retains the cobblestone look, but bakes up into a solid, sliceable bread.

When making bread, the amount of flour specified is always an approximate amount. I always hold back 1 cup and add only as much as is needed to make a smooth, moist (not sticky) dough.

If you have an instant read thermometer, rather than guess if your bread is cooked through, use it to test your bread for doneness. Simply insert the probe in the centre of the bread. It should read in the 190-200F range when done.

My Best Tips for Baking with Yeast

I think most of the problems people have with baking with yeast, is treating yeast-based recipes like say, a cake recipe, where you just measure the ingredients, mix them all together and bake.

Now that you know this though, that's more than half the battle :) Baking with yeast isn't just measuring, mixing and baking, like a cake, for example. You'll need to add to the mix a little trust in what you see (it looks sticky, so it needs more flour, regardless of how much flour the recipe says should go in), and a feel for the dough (does it feel smooth like a baby's bottom when you're done kneading?) and watching much it has grown in size as it rises (rather than watching the clock). Do that, and all will be good! 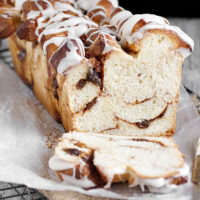