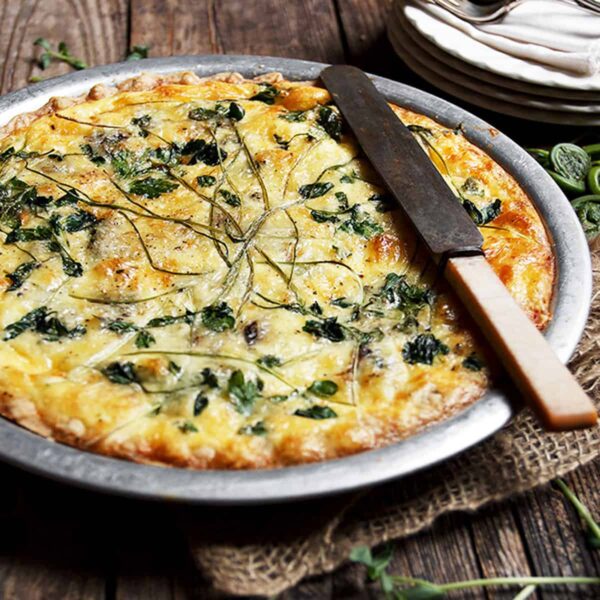 A delicious fiddlehead and herb quiche, flavoured with Emmental cheese and topped with fresh herbs.
Jump to Recipe
5 stars from 1 rating

Celebrating Spring with a delicious fiddlehead and herb quiche, flavoured with Emmental cheese and topped with fresh herbs. 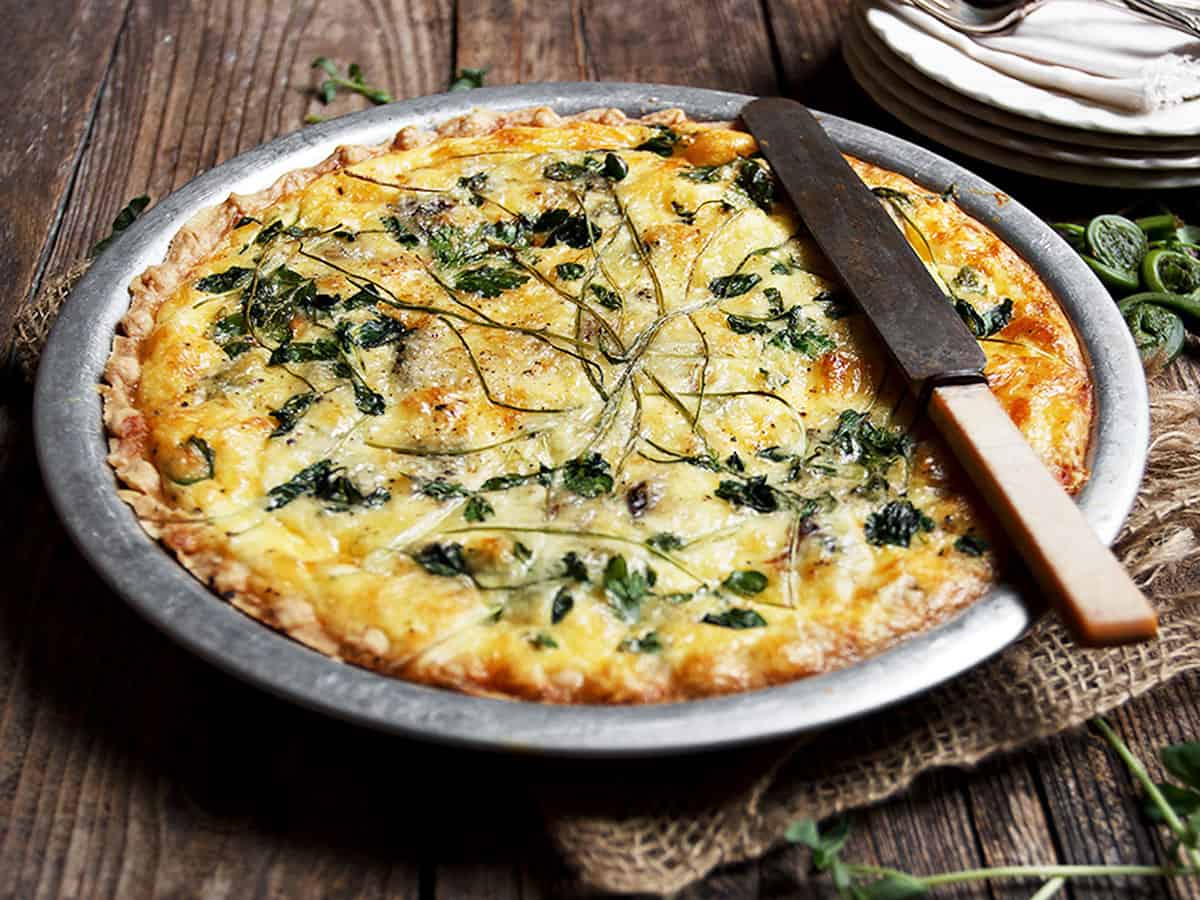 Nothing says Spring nearly as much as fiddleheads, the furled fronds of young Ostrich ferns. Fiddleheads are available for just a very short time every Spring, so when you see them, be sure to pick them up! Look for them right now at your local Loblaws store, but hurry, as they are available for a short time only.

Fiddleheads are a unique and delicious green. If you’ve never eaten them, they have a taste profile very similar to asparagus, I think. They are a great source of omega-3 and omega-6 fatty acids, and are high in both iron and fibre. They are well worth seeking out.

How to Prepare Fiddleheads

To prepare fiddleheads, you’ll first want to rub the fiddleheads to remove any brown papery husk around the fronds (this may not be necessary, as they may have already had the husk removed.) I like to trim the thick, woody stem end off, just about to the frond. Finally, be sure to rinse the fiddleheads several times in cold water, to remove any husk and dirt.

Now, when it comes to cooking, it’s important to note that fiddleheads always need to be cooked. And cooked well. They are not the kind of green that you can eat raw (or add raw to other dishes). To cook fiddleheads, you can either boil or steam them. You’ll want to boil them for about 15 minutes or steam for about 10 minutes. Once boiled or steamed, you can eat them as they are, add them to other dishes (such as this quiche), saute them for a few minutes in a frying pan with some salt, pepper and butter to eat as a side vegetable, or quickly rinse in cold water after cooking to cool and add to salads. I was inspired to make a quiche with my fresh, Spring fiddleheads, but there are dozens of ways to enjoy fiddleheads. Any place you might use asparagus is a good choice for substituting fiddleheads. As mentioned above, they are great pan-fried with salt and butter or add some Asian seasoning or sesame seeds, for a little extra flavour. They are great in omelettes or frittatas, soups, salads, risotto and you can also pickle or freeze them, to extend the season. 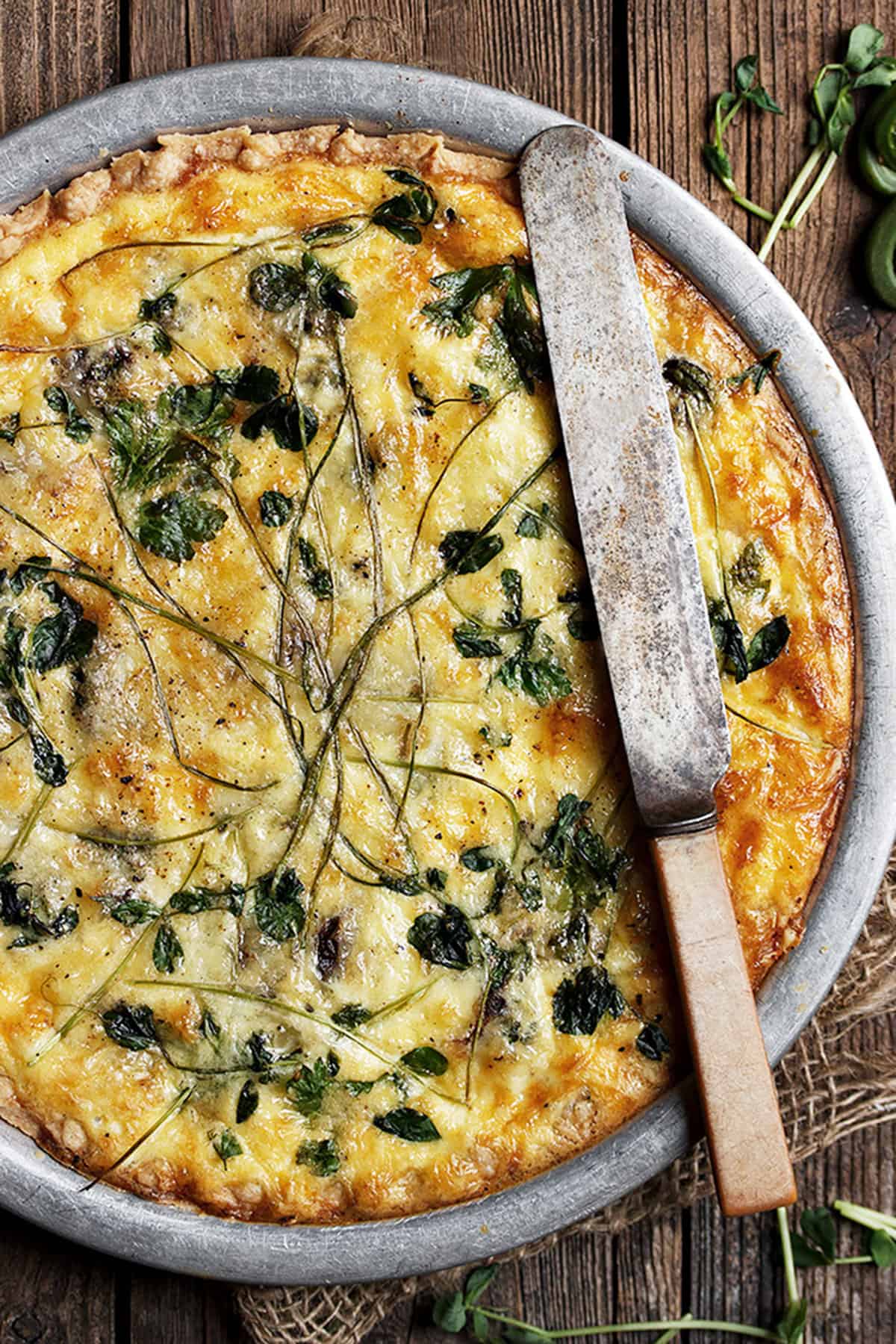 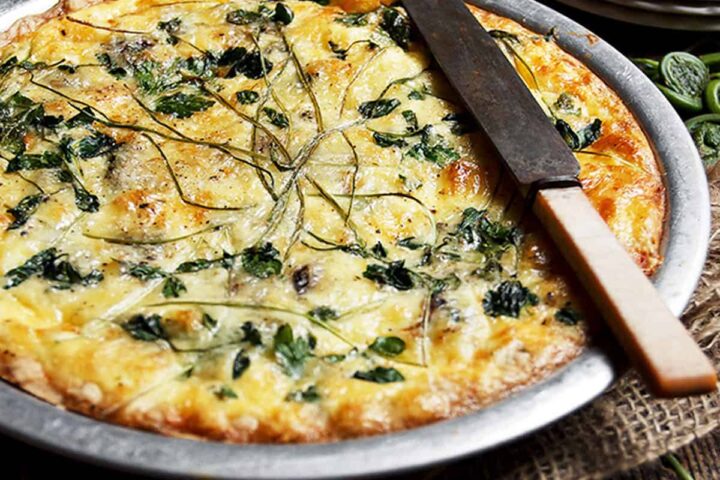 Get the Recipe: Fiddlehead and Herb Quiche