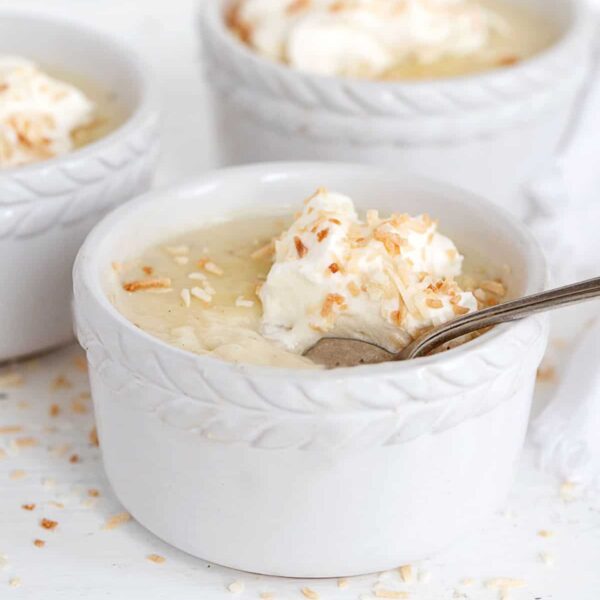 Easy, creamy and delicious, this pudding is coconut cream pie without the pie part. Will make 4 large or 6 smaller ramekins, or just place into one large bowl and spoon it out.
Jump to Recipe
5 stars from 6 ratings

This easy, creamy and delicious coconut pudding is coconut cream pie, without the pie part. A great coconut dessert to enjoy anytime. 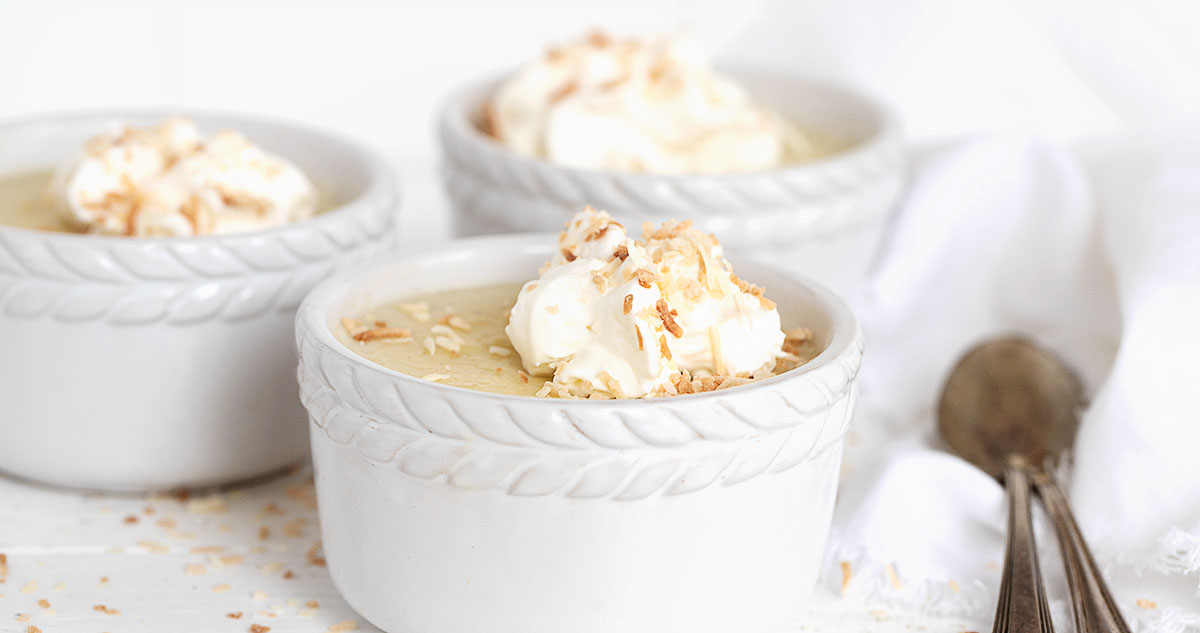 If you’re a fan of coconut cream pie, you will love this pudding. It’s the pie without the pie part. Creamy, full of coconut flavour and a great dessert to enjoy any time.

Enjoy these puddings as individual servings, as I have done here, or just pour it into a bowl and spoon it out from there. Serve with a dollop of whipped cream and some toasted coconut.

Coconut Milk – full-fat coconut milk is recommended, for best results. I haven’t tested this recipe with light or reduced fat coconut milk. It may work, though I suspect it will produce a thinner pudding.

Coconut – Any coconut is fine here (shredded, flaked, desiccated). Use what you have or what texture you prefer in the pudding. Sweetened coconut is recommended for best results.

Eggs – As this is a custard pudding, the eggs are needed for the pudding to set, so can’t be omitted. 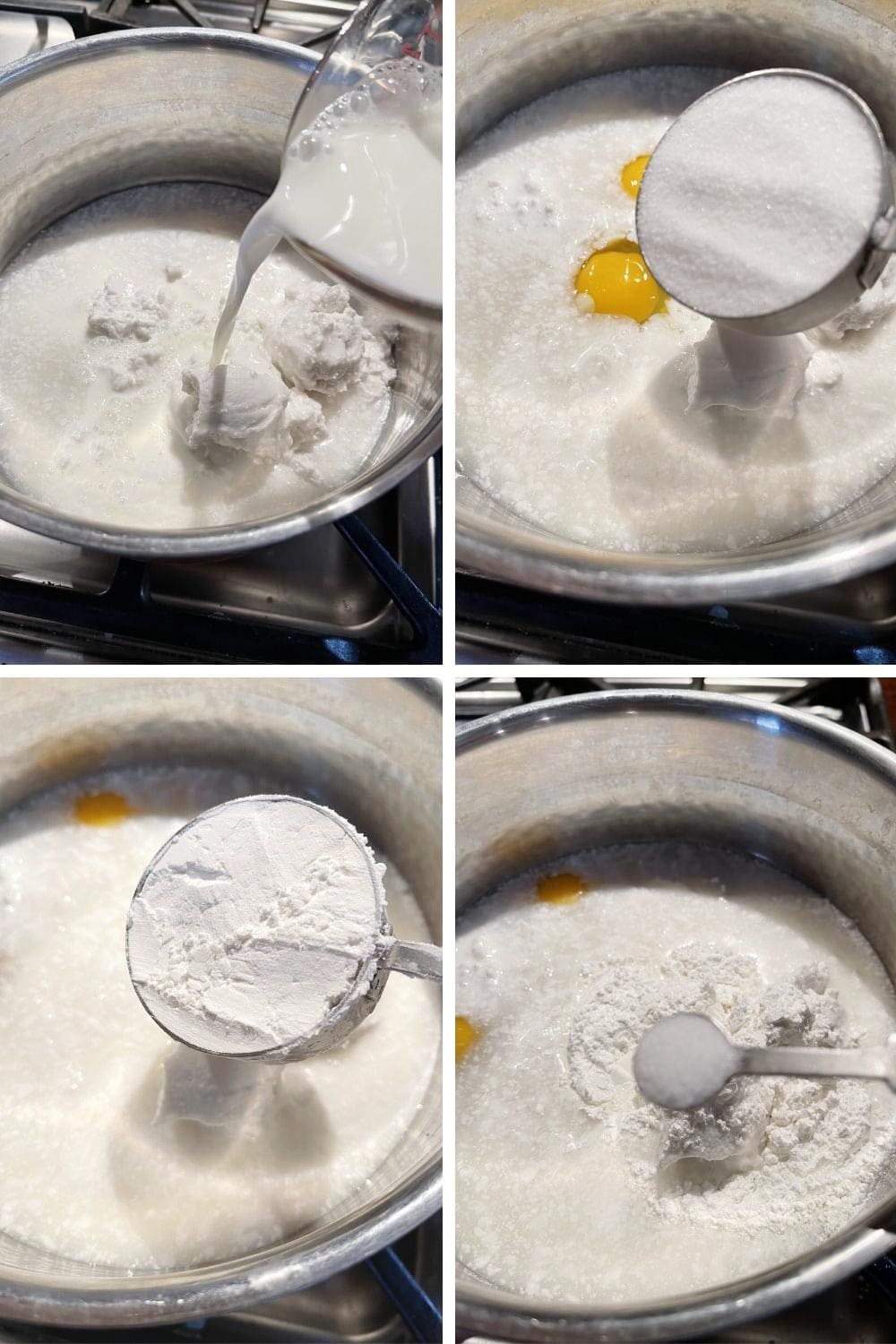 1. Start by combining all the ingredients except the coconut and the vanilla in a large saucepan. The process involves heating the mixture slowly over medium-low heat. This will take 10-15 minutes. Be patient. We need to warm the eggs slowly, so they don’t suddenly cook and you have a pot of scrambled eggs. Watch and stir regularly to start. As the mixture warms, stir constantly, so you can judge when it is is done and quickly get it off the heat. 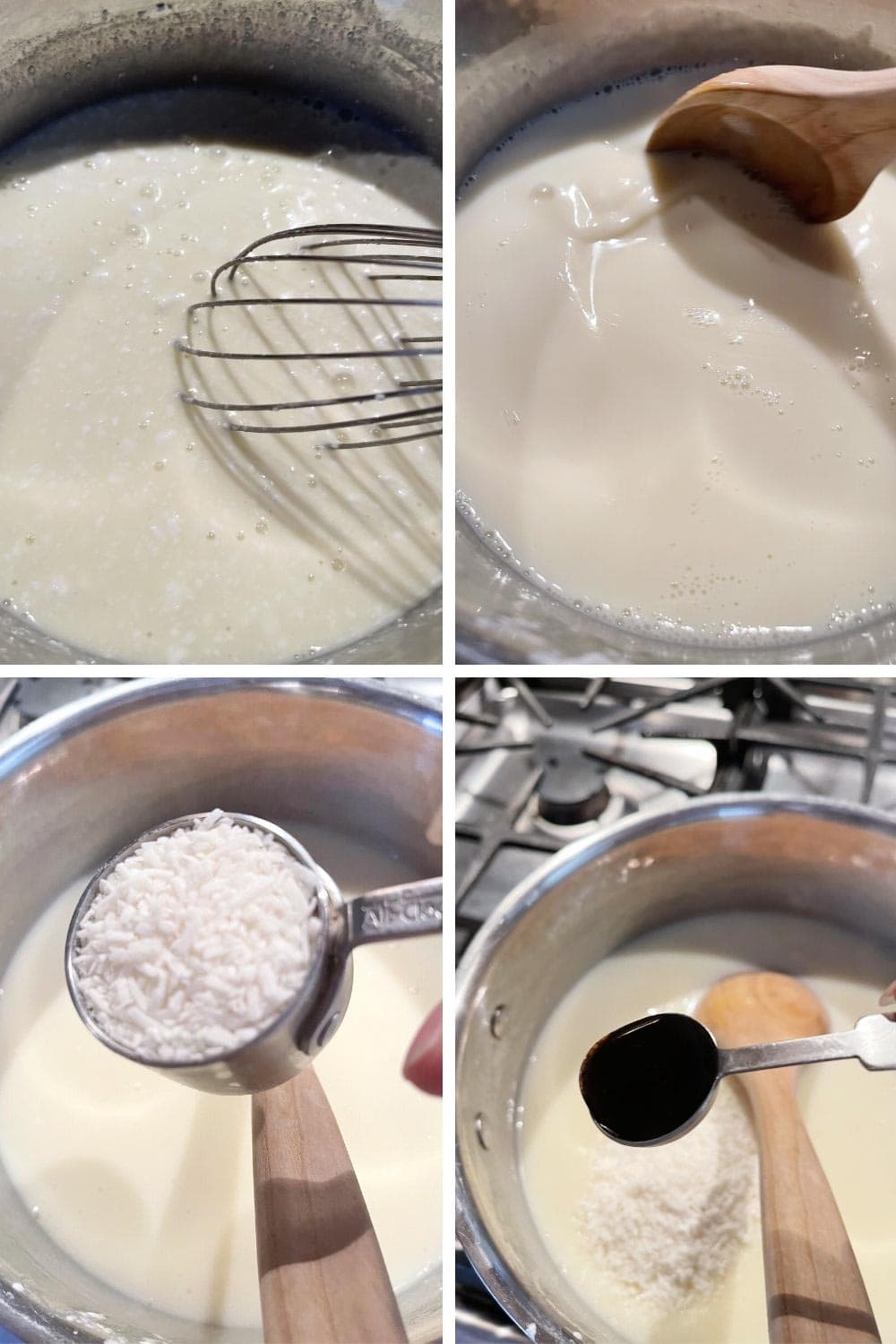 2. I start with a whisk, to make sure the mixture is nice and smooth to start. As it cooks, switch to a spoon, as it is easier to judge when the mixture is starting to thicken and nearing boiling. Once the pudding is getting close to done, I switch back to the whisk, to keep the pudding smooth. (If lumps appear, it isn’t a fail. You can generally whisk them out or pour through a sieve before adding the coconut). When the pudding is done, remove the pot from the heat and stir in the coconut and vanilla. From there, you can ladle into individual serving dishes or into one large bowl.

Refrigerate the pudding at least 2 hours, but it will be even better after 3 or 4 hours of refrigeration. If you like a skin on your pudding (my husband does, for sure!), leave the pudding uncovered in the fridge. If you don’t want a skin, let the plastic wrap come into contact with the top of the pudding as it refrigerates. 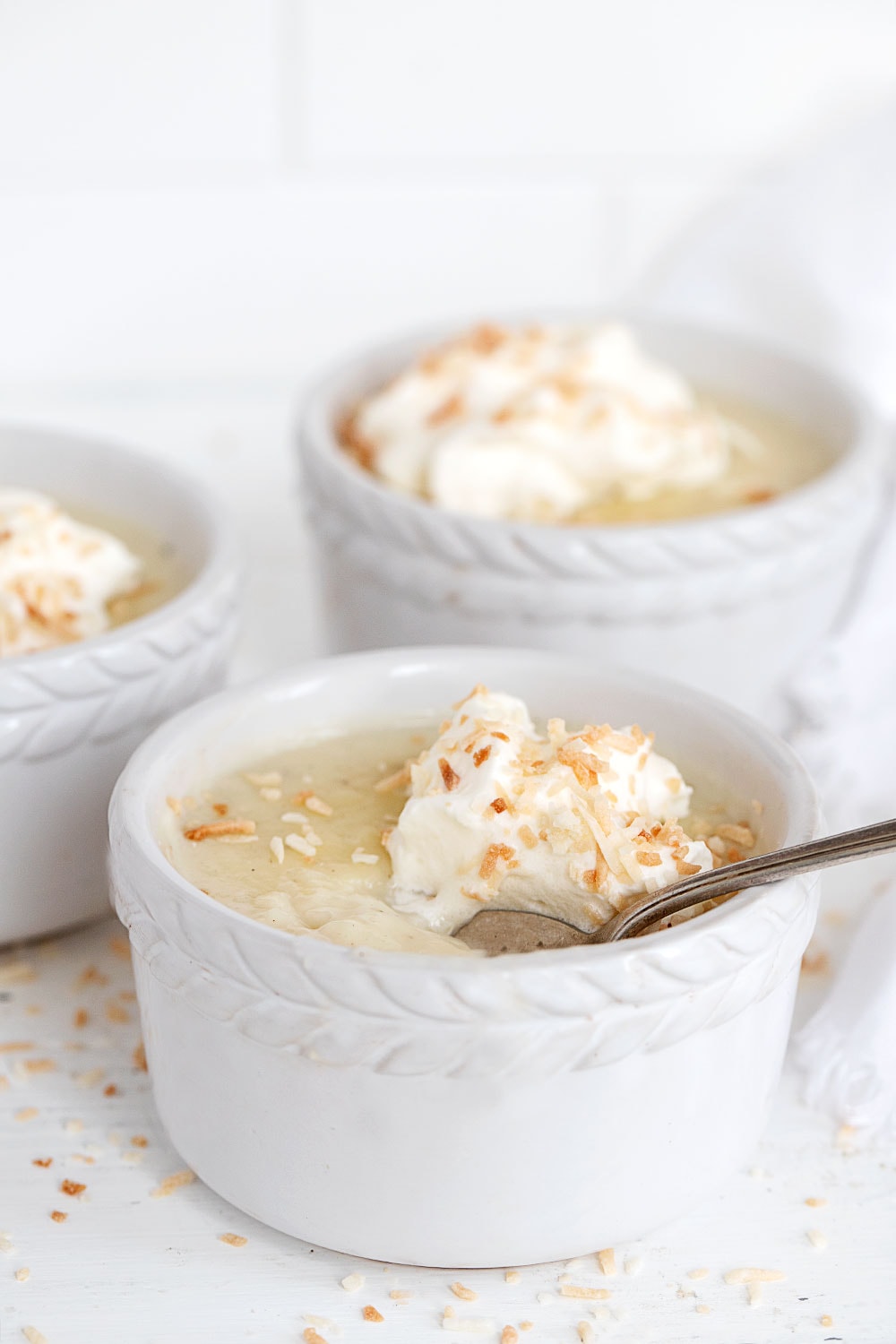 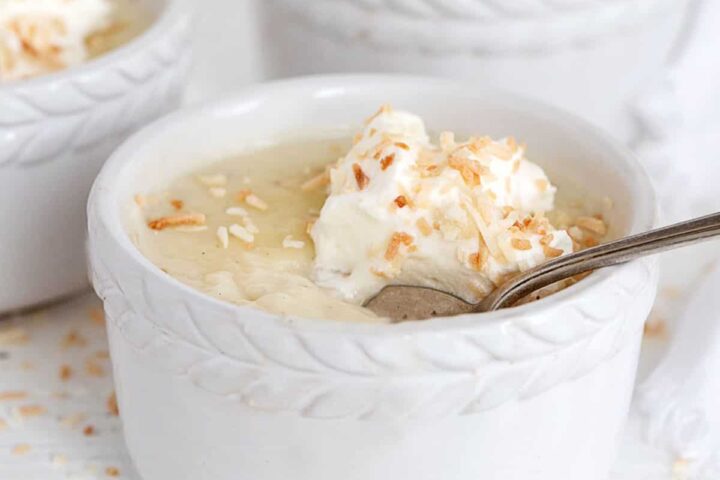 Get the Recipe: Coconut Cream Pudding

For topping to serve (optional):

How to toast coconut: Add coconut to a dry, non-stick skillet. Heat over medium heat, stirring constantly, until the coconut turns evenly golden. Remove immediately to a plate to allow it to cool without cooking further. You can toast the coconut ahead and keep ii in an airtight container at room temperature, to use as and when needed. Be sure to read the Ingredient and Cook's Notes above the Recipe Card for more tips on making this recipe. You will also find Step-by-Step Photos there, as well. Nutritional information reflects making the pudding with whole milk.
Cuisine: American, Canadian
Course: Dessert
Author: Jennifer
Calories: 299kcal, Carbohydrates: 38g, Protein: 5g, Fat: 19g, Saturated Fat: 15g, Trans Fat: 1g, Cholesterol: 67mg, Sodium: 161mg, Potassium: 248mg, Fiber: 1g, Sugar: 29g, Vitamin A: 170IU, Vitamin C: 1mg, Calcium: 78mg, Iron: 3mg
Tried this recipe?Mention @seasonsandsuppers on Instagram or tag #seasonsandsuppers.
Pudding, Pudding Cake and Bread Pudding Recipes Sweet Recipes