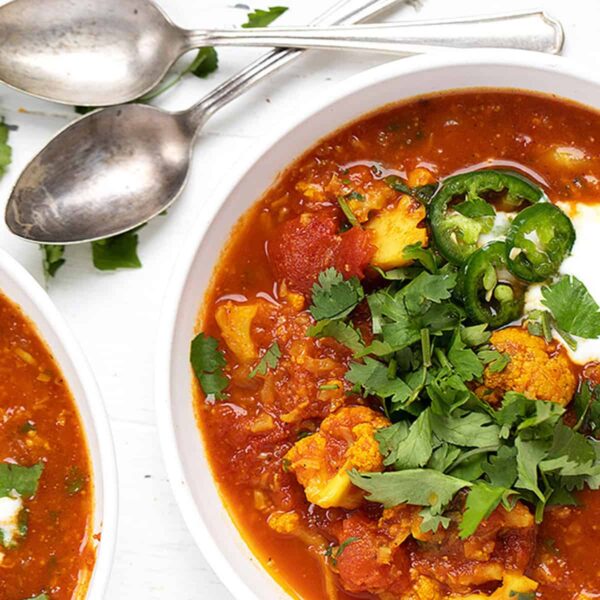 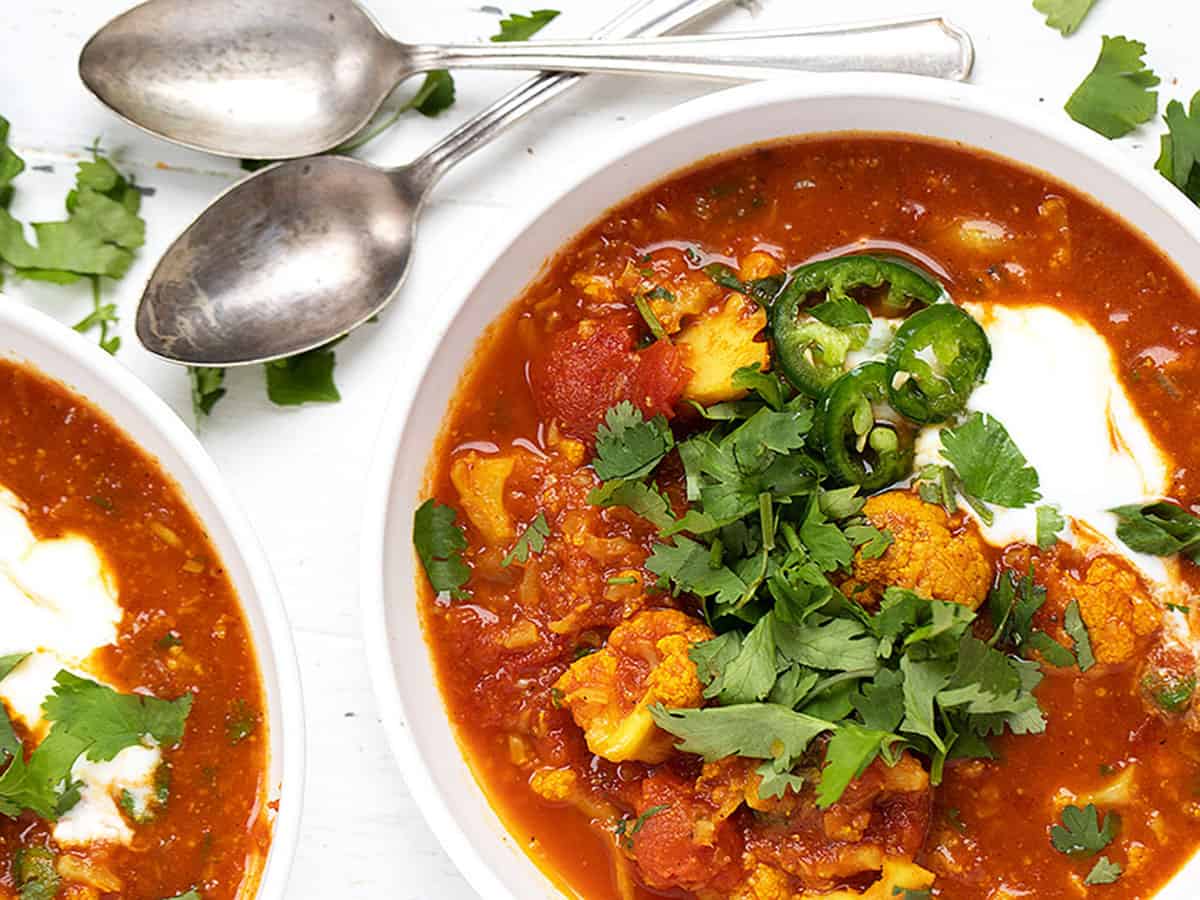 This easy tomato cauliflower soup features a lovely blend of Indian spices. The cauliflower itself gets a quick roasting in the oven, to really bring out the flavour and to make the assembly of this soup very quick. You can easily roast the cauliflower ahead and add to the soup pot later, too.

This soup is definitely hearty enough for a dinner soup, but also a great soup for cooking up a pot and enjoying from the fridge for lunches.

Canned Tomatoes: The recipe specifies whole tomatoes, but if you only have diced canned tomatoes on hand, go ahead and use those. Crushed tomatoes would work, though the soup would be more smooth than chunky.

Tomato Paste: The tomato paste add a nice bit of tomato flavour and makes a great vehicle for cooking the spice mix before adding the liquids to the pan. I love those tubes of tomato paste and always have some in my fridge. It saves having to open a can of tomato paste for a small amount.

Indian Spices: The recipe uses a dried spice mix which you can use if you have all those spices on hand. You could also use any Indian-spiced paste mix you might have around, such as Madras or Masala curry paste.

Cayenne: This is the “heat” element of the soup. Omit if you don’t want any heat or add as much as you think you’d like. If you happen to have Kashmiri Chili powder around, use that instead, for the most authentic flavours.

Cilantro: If you aren’t a cilantro lover, simply substitute plain-leaf parsley for some flavour and colour.

Yogurt: A plain yogurt is a nice topping, though you could also just use a drizzle of heavy cream in place of the yogurt. You can also omit, if you prefer.

This soup can easily be made vegetarian, by swapping out the chicken broth for vegetable broth or vegan, by also skipping the yogurt topping.

If you happen to have fenugreek around, it would be a great addition to this soup! I didn’t list it in the ingredients, as it’s a touch obscure and not really necessary to still have a great soup. It just adds an additional flavour note, if you have it and enjoy it.

As a little aside, I was shopping at one of my local (small-town) grocery stores this past week and found frozen “Methi” leaves in the frozen food section. Methi is just another name for Fenugreek leaves. I snapped them up and now have a ready supply of frozen fenugreek ready to use. (for Canadian friends, found at Food Basics). You can also use dried fenugreek leaves or the powdered version, known as “kasuri methi”

Wondering why the cauliflower looks yellow? No, it’s not some new, fancy coloured cauliflower. There is turmeric in the soup and it’s yellow colouring gets soaked up by the porous cauliflower.

You can easily make this soup even heartier by stirring in some rotisserie or leftover cooked chicken, if you like. (In fact, if you are not a cauliflower lover, you could just skip the cauliflower and use just the chicken :)

I forgot the Naan! I had some lovely Naan bread standing by to include in the photographs of this soup and completely forgot to add it to the picture. I hope you don’t forget, as warm garlic Naan is the perfect accompaniment for this soup :)

Top Tip! Don’t be shy with salting your soup. I like to save most of the salt until the end of cooking, at which time I taste and add, as needed. If you taste your soup and think “it needs something”, it’s probably salt!

Storage, Freezing and Making Ahead

This soup keeps really well in the fridge for several days. Unlike some soups, it doesn’t get thicker as it sits, so the last bowl should be just as good as the first one :)

This soup should also freeze well.

You can make the soup ahead and re-heat later. Refrigerate until ready to eat. You can also just do the roasting of the cauliflower ahead (in the morning, for example), cool then refrigerate, then simply assemble the soup quickly at dinner time using the cauliflower you roasted earlier.

How to cut up a Cauliflower

Turn the cauliflower head upside-down on a cutting board. Using a sharp knife, cut through each of the green leaf stems next to the main core, to remove. Cut the cauliflower head into quarters. Take one of the quarters and lay it on it’s side on a cutting board, with the core-end facing you. Use a sharp knife to make a diagonal cut from the top of the core area down to and including the bottom of the core, to remove. Repeat with the remaining quarters. Once the core has been removed, you can go ahead and break apart the florets. 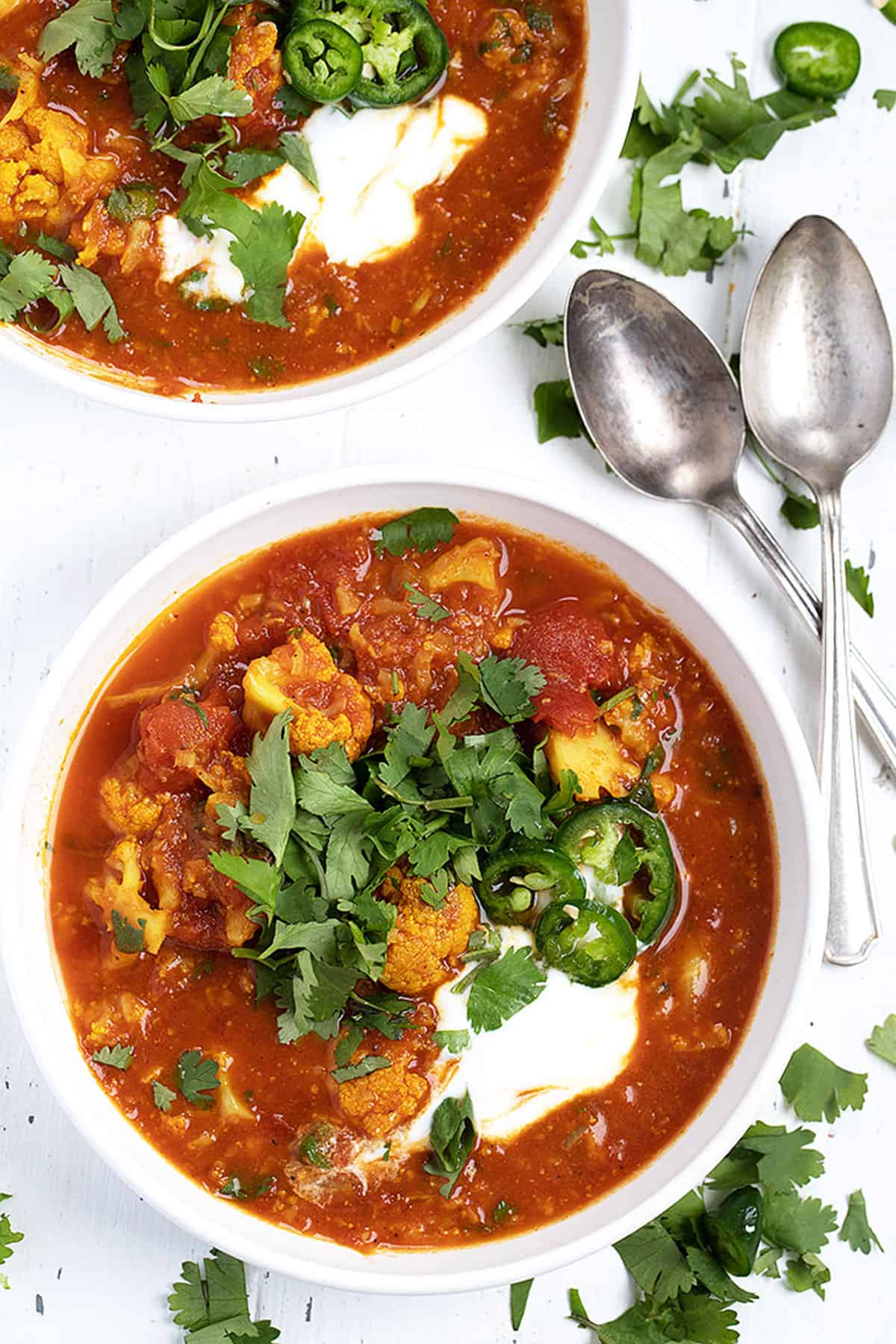 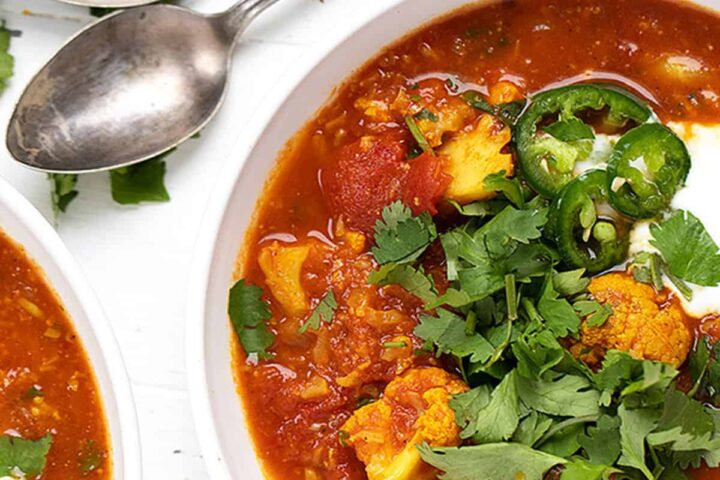 Get the Recipe: Indian-Spiced Cauliflower Soup

*The cayenne will bring some heat to the pot. You can easily omit for no heat or add as little or as much as you like, to taste. If you happen to have Kashmiri Chili Powder on hand, that's the best option. Add to taste as well. Don't be shy with salting your soup. I like to save most of the salt until the end of cooking, when I taste and add as needed. If you taste your soup and think "it needs something", it's probably salt! Note that the nutritional information provided does not include any yogurt garnish. Be sure to read the “Ingredient and Cook's Notes" (above the recipe card!), where I share more detailed  tips, variations and substitution suggestions for this recipe!
Cuisine: Indian
Course: Soup
Author: Jennifer
Calories: 115kcal, Carbohydrates: 16g, Protein: 4g, Fat: 5g, Saturated Fat: 3g, Cholesterol: 10mg, Sodium: 849mg, Potassium: 744mg, Fiber: 4g, Sugar: 8g, Vitamin A: 470IU, Vitamin C: 72mg, Calcium: 84mg, Iron: 3mg
Tried this recipe?Mention @seasonsandsuppers on Instagram or tag #seasonsandsuppers. 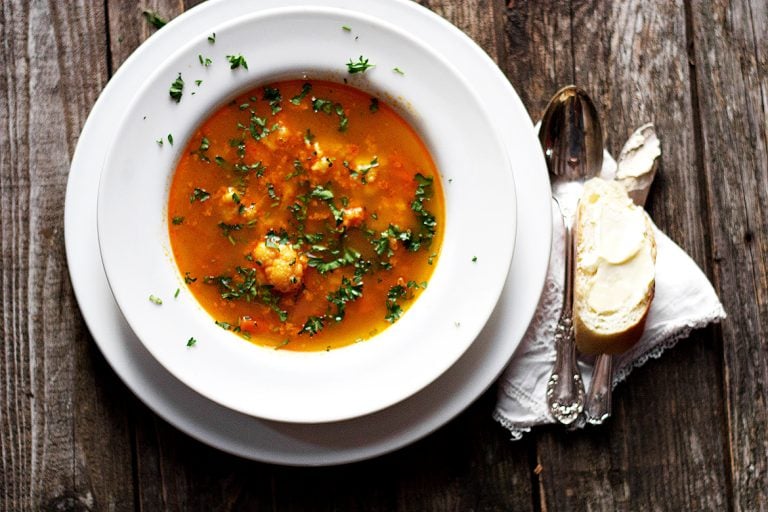 Hungarian Paprika Cauliflower Soup
A traditional Hungarian paprika-spiced cauliflower soup (Karfiolleves), that is quick and easy, as well as tasty with just the right amount of heat to warm you up on a cold winter day.
Get the Recipe
www.seasonsandsuppers.ca 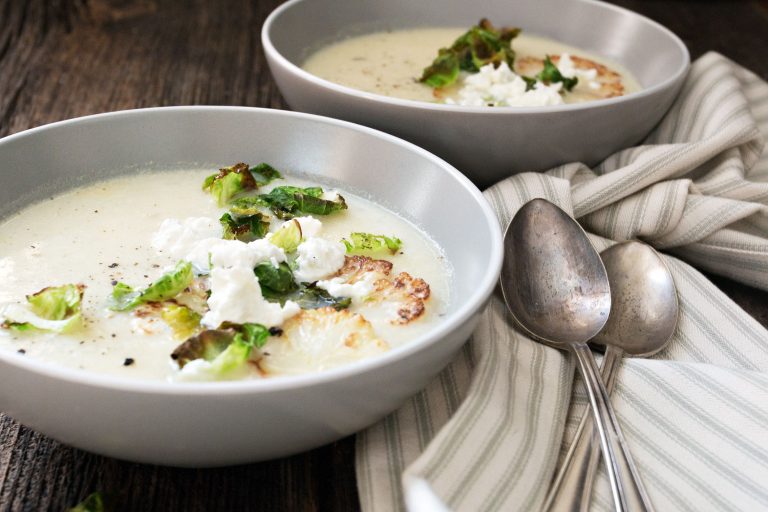 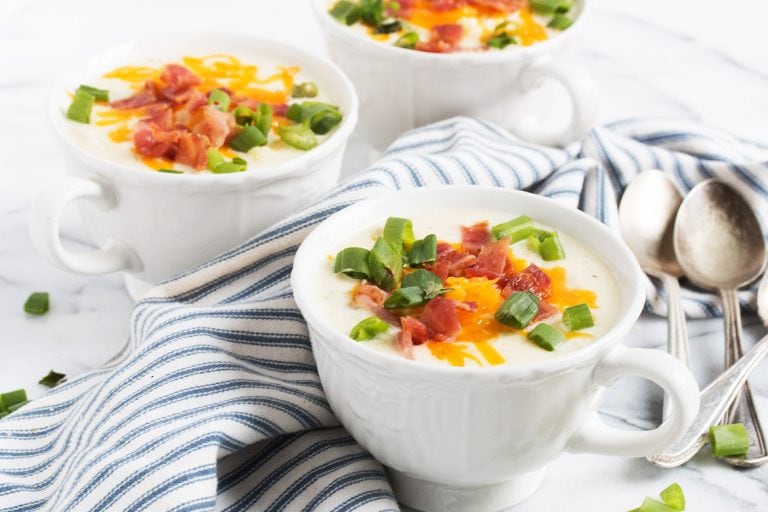