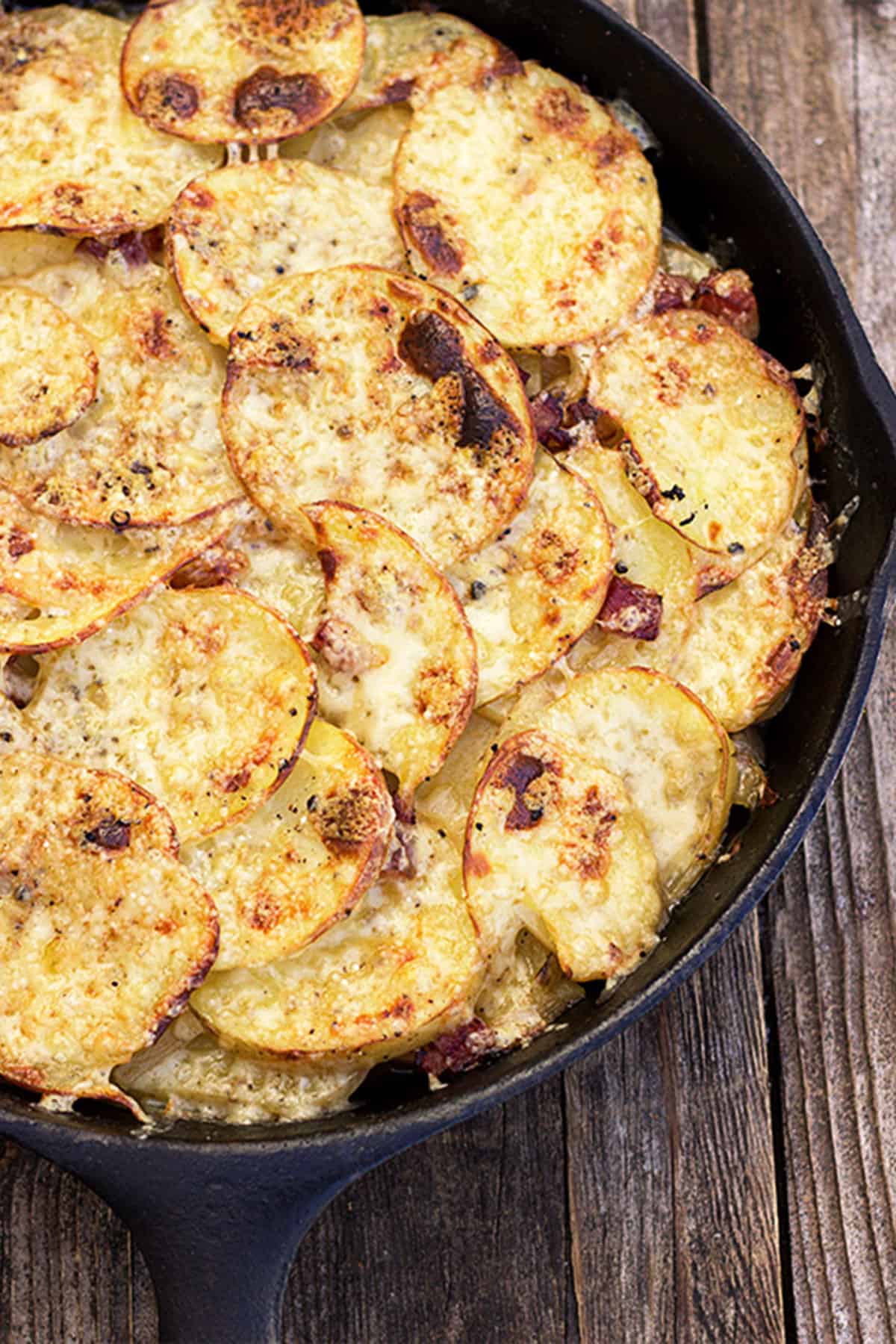 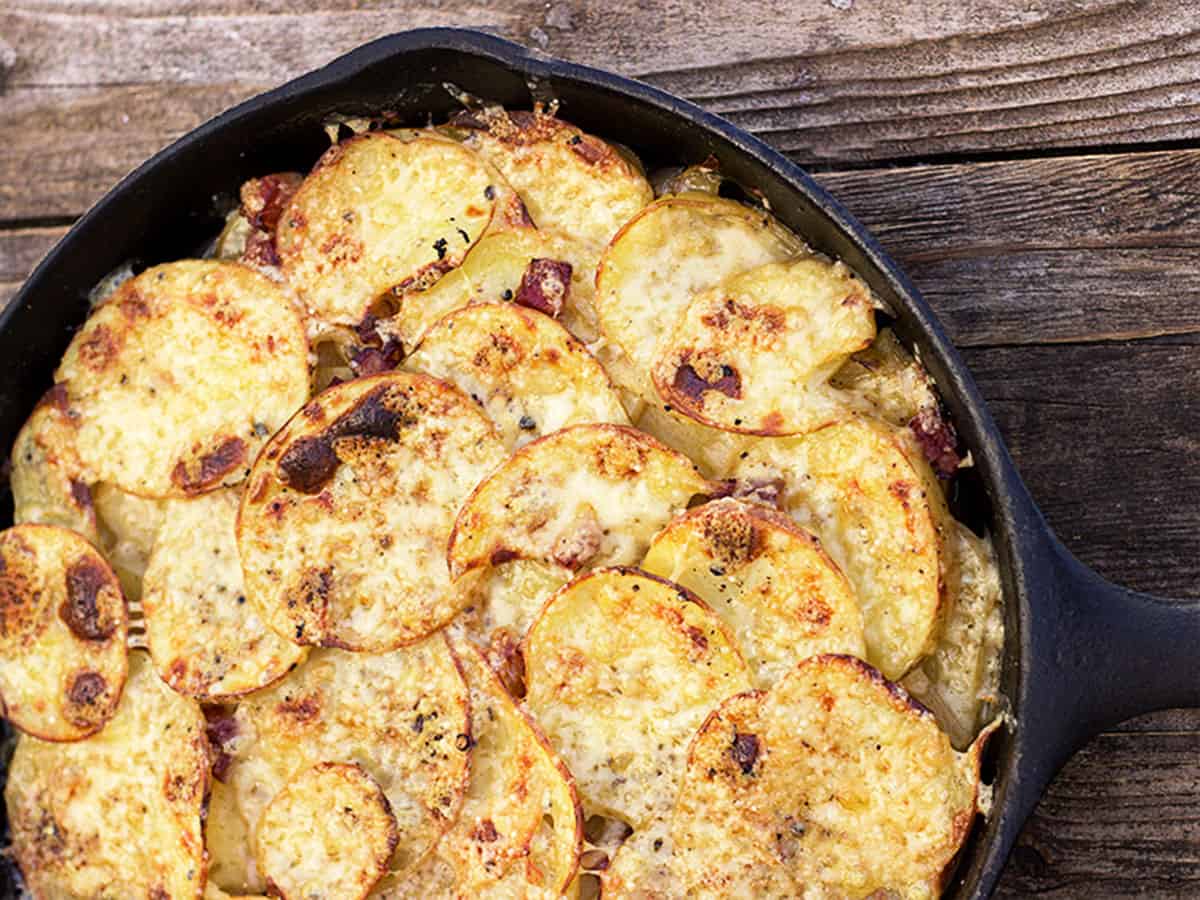 Pan Haggerty is a very nostalgic dish for me. I'd never heard of it until I met my husband. Once we were married, it turned out it was just about the only dish he knew how to make, so he made it often in those early years :)

Over time, I've taken to cooking up the Pan Haggerty. This is my version - potatoes, cooked to creamy goodness in a bit of chicken stock, layered with crispy bacon bits and sauteed onion and topped off with a generous layer of melted Dubliner cheese.

It takes a little extra time to cook up the bacon and onions, but I think it's well worth it. If you're feeling lazy, it's perfectly fine to just layer some finely diced (uncooked) onion with the potatoes and skip the bacon, if you like. The potatoes in this dish cook covered on the stove-top. My skillet doesn't have a lid, so I just cover it with foil. It takes about 20 minutes. Since I can't seem to pass up an opportunity to have some crispy potato bits, my dish then makes a trip to the oven to crisp up a bit under the broiler before I put the cheese. Once they top potatoes have browned, I add a generous layer of Dubliner and put it back under the broiler until it's bubbly and browned.

The amount of chicken stock you put in to your potatoes will vary slightly with the size of your pan. My 8-inch skillet takes a bit over a cup. The exact amount is not critical though. You want to add enough to cover the bottom of the pan to cook the potatoes, but if you add too much and you have a bit of stock left in the bottom of the pan when it's done and you cut it, simply spoon it off and you're good to go.

Obviously you can use whatever kind of cheese you like on top of this dish, but honestly, Dubliner is hard to beat. What ever cheese you pick, go for something that has enough flavour to hold its own - an aged cheddar, Swiss, Gruyere, Asiago etc.

Another nice variation is to increase the amount of onion and to caramelized them by cooking them longer. This is especially nice when it's served as a side with dinner. As well, sprinkling a little extra cheese with the layers of potatoes would never be a bad thing. As for the potatoes, I used Yukon Gold (yellow-fleshed potatoes) in this one. White potatoes are great, as well. I don't suggest Russets, as they don't tend to hold up as well.

Pan Haggerty is a great side-dish for dinner or next to some eggs for a weekend breakfast (or breakfast for dinner). Of course, it's also perfectly acceptable to just sit down with a bowl of it all on its own. 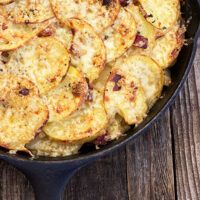