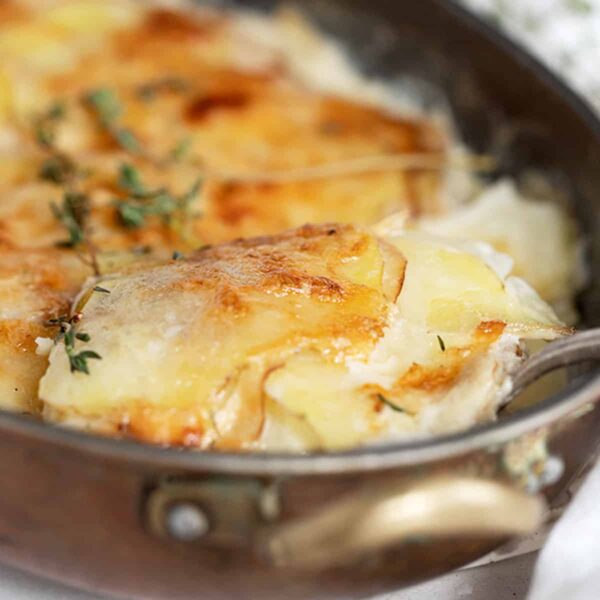 Thinly sliced potatoes, cream, Gruyere and a little pear! Yes, this potato gratin is a perfect potato side dish for many meals and is deliciously different.
Jump to Recipe Pin Recipe
5 stars from 2 ratings

Thinly sliced potatoes, cream, Gruyere and a little pear! Yes, this potato gratin is a perfect potato side dish for many meals and is deliciously different. 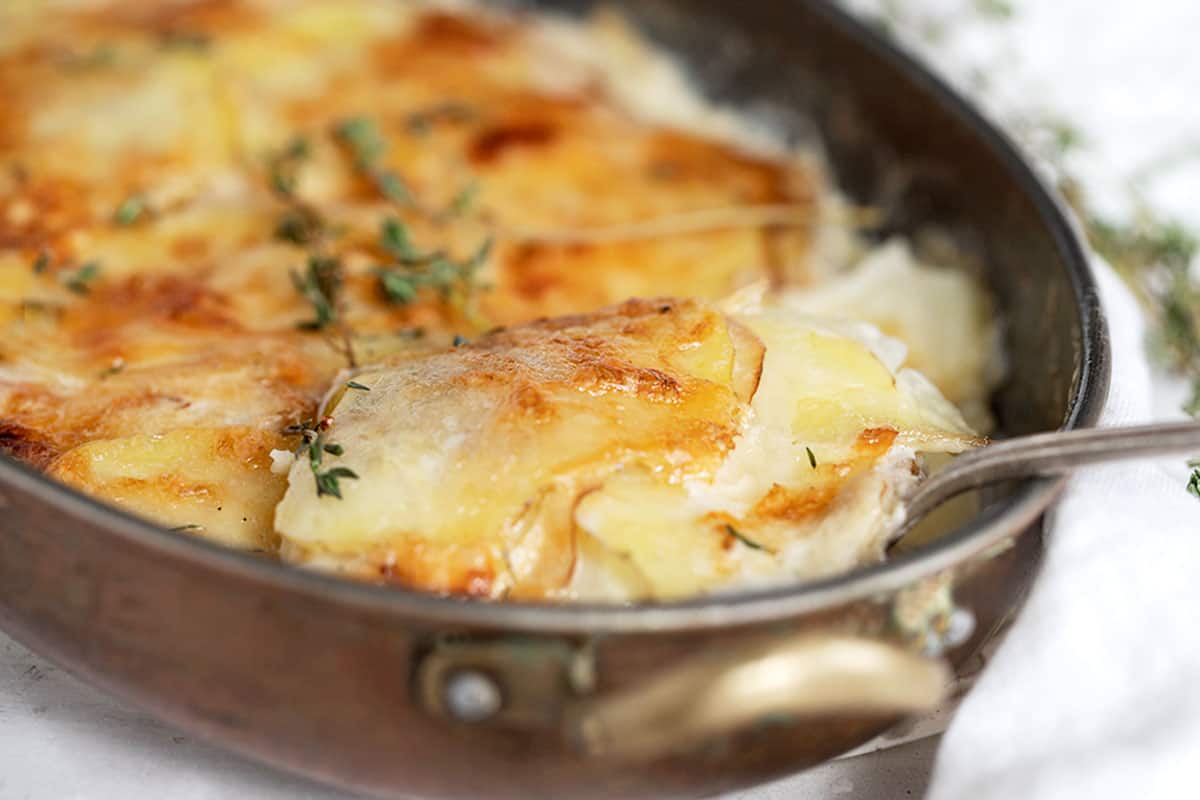 The delicious combination of cream, potatoes and Gruyere that makes a “gratin” is pretty much potato perfection, in my opinion. That said, if you want to try something just a little different (but equally delicious), try adding some pear to your gratin!

I first experienced pears with potatoes in this pear potato mash. And oh my, it was a flavour revelation! It’s the sort of flavour that you wouldn’t know what it was, if you didn’t know what it was. It’s a sweeter, fruity note, but not one that shouts at you.

I love this delicious potato gratin next to simple grilled or roasted meat, sausage or poultry.

Potatoes – start this gratin with yellow-fleshed potatoes, such as Yukon Gold. You can peel or not, as you like.

Pear – start with Bosc pear that is ripe, but still firm (firm enough to run through a mandolin or to slice thinly). Bosc pears are often my first choice, as they tend to stay nice and firm, even when ripe. You could use other pears, as long as they are firm enough to slice thinly. Again, you can peel or not, as you like.

Gruyere – yes, Gruyere is expensive, but it is so worth it :) You only need a small amount for this gratin, so I do recommend using Gruyere, if you can. I think a decent substitute is Emmental or Jarlsberg, which may be less pricey, but would deliver the same nutty flavour.

Heavy Cream – this would be the 35% b.f. heavy, whipping cream. I highly recommend heavy cream, both for the richness it brings, but also to ensure your sauce has a nice consistency. If you have no option but to use a lighter cream, I would stir a teaspoon of cornstarch into it before pouring onto the potatoes, to aid with the thickening. I do not recommend milk of any variety here. 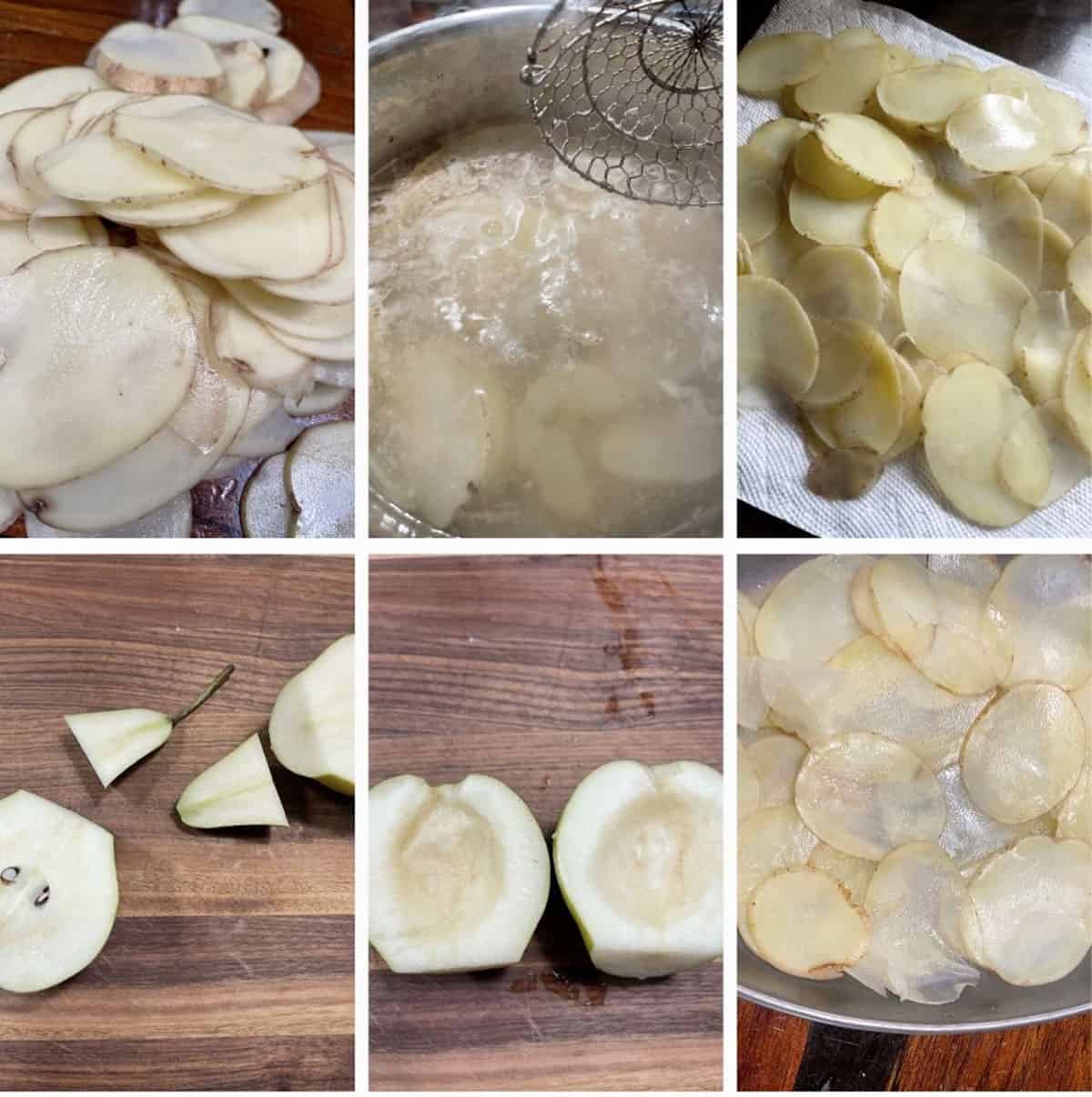 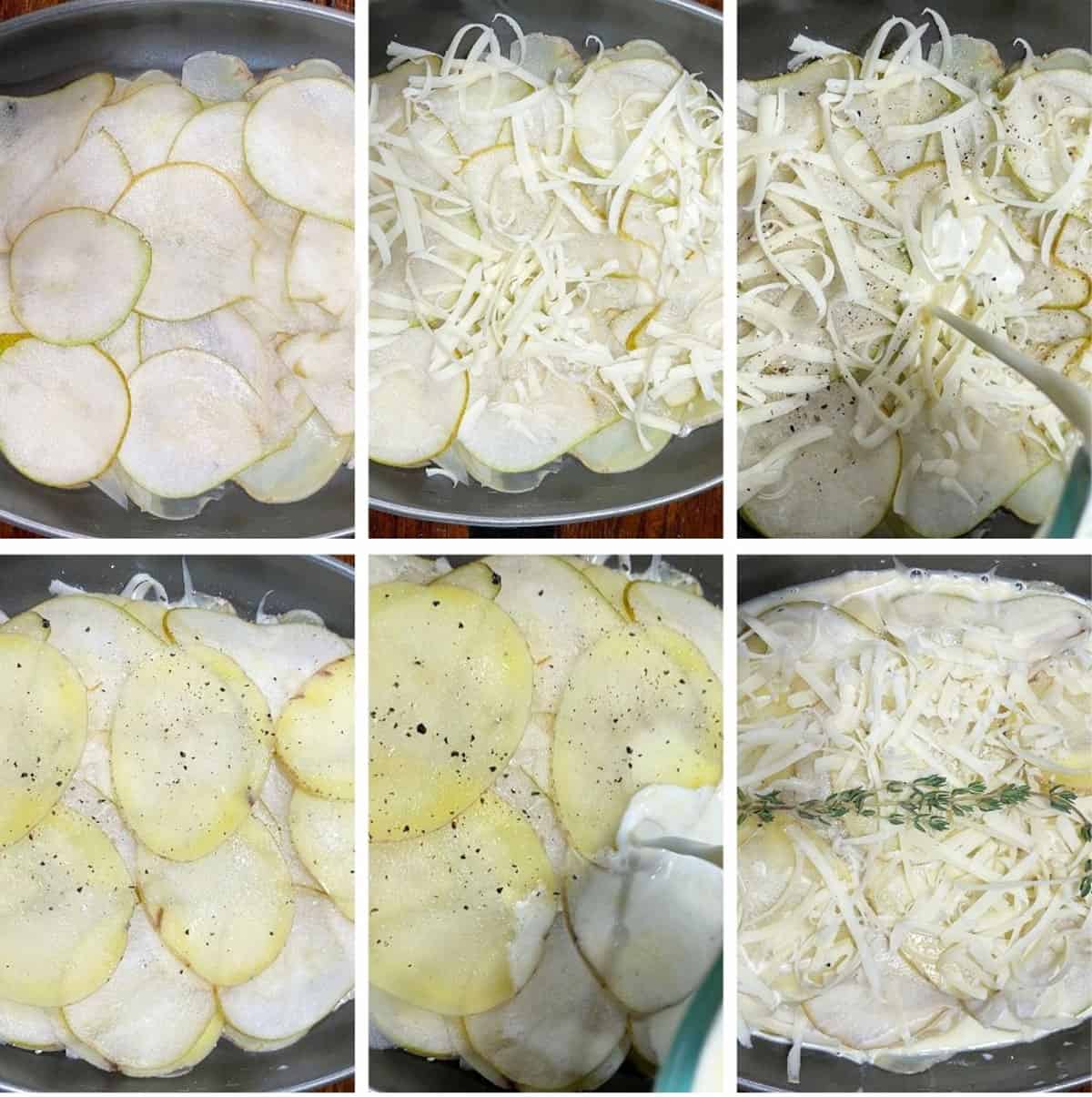 Not sure about the pears? No worries! Simply replace the pear with more potatoes and enjoy this one as a straight up potato gratin. 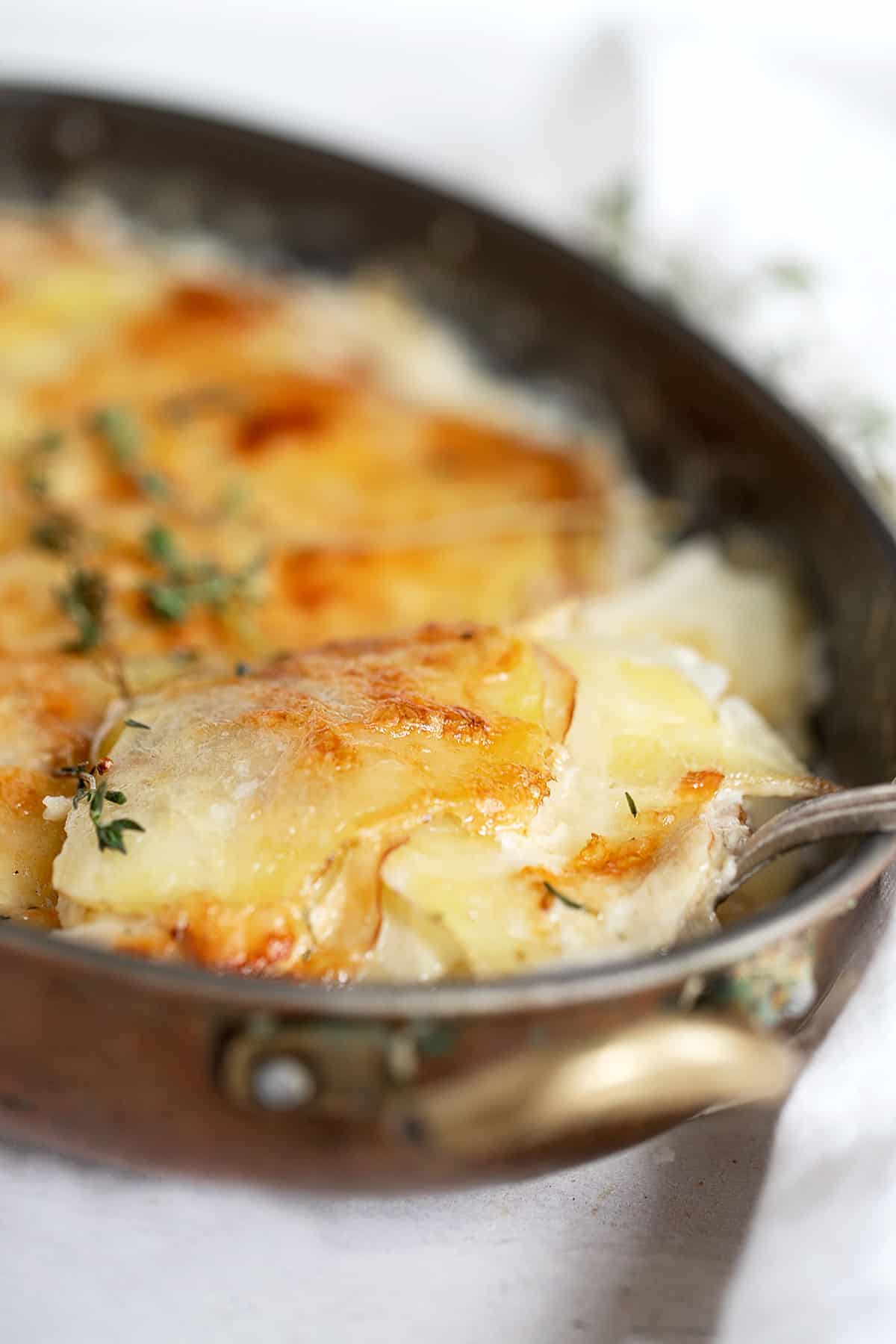 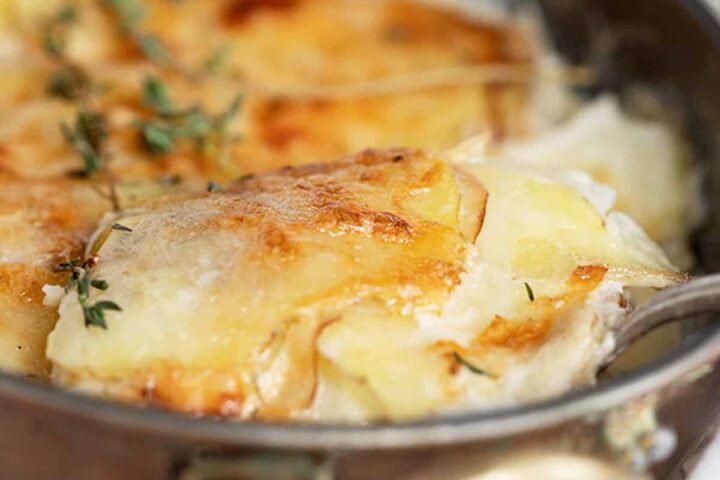 Get the Recipe: Pear, Gruyere and Potato Gratin