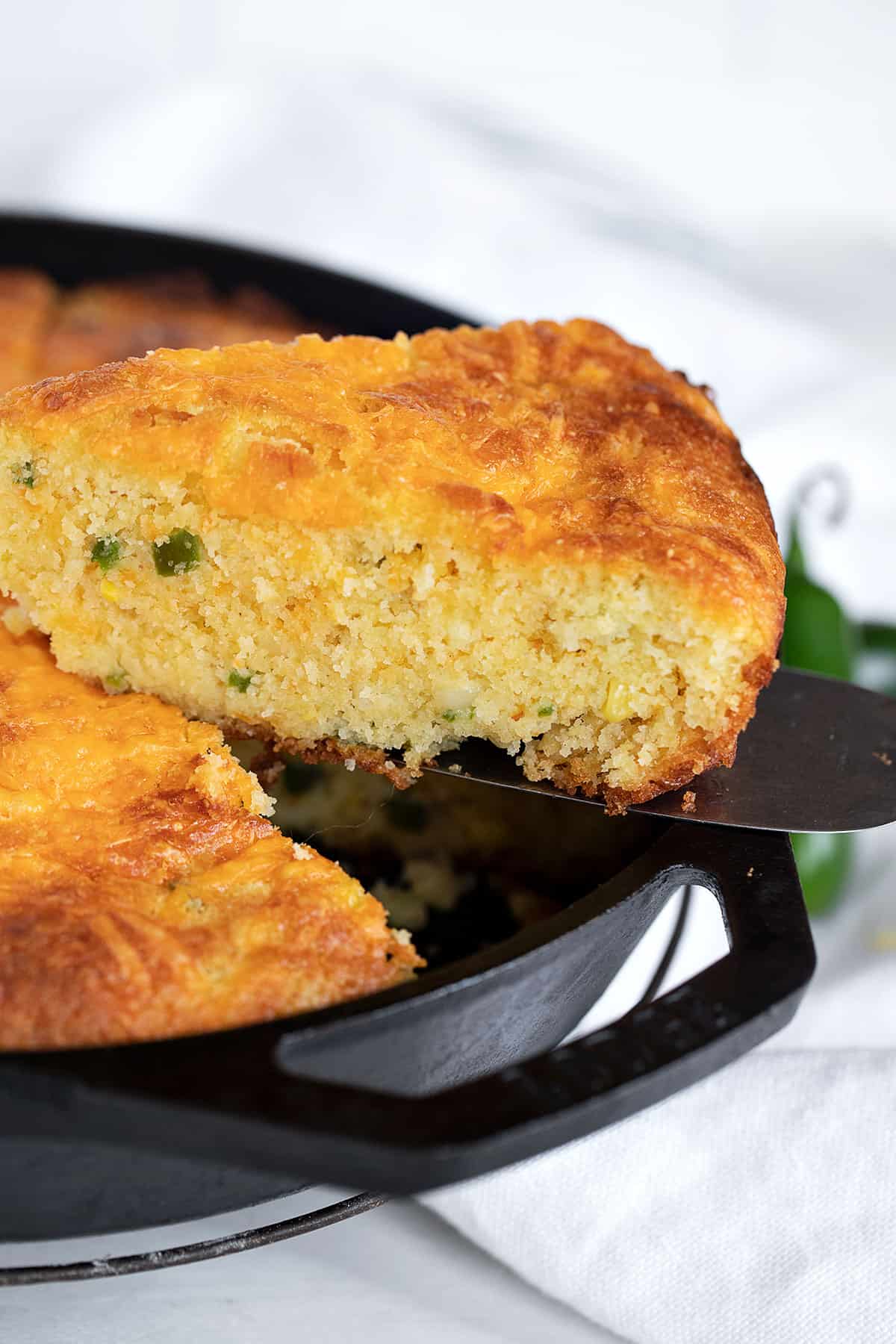 This cast iron skillet cornbread is wonderfully moist and is deliciously flavoured with corn kernels, jalapeño and cheddar cheese for loads of flavour! Bakes up perfectly in a cast iron skillet! 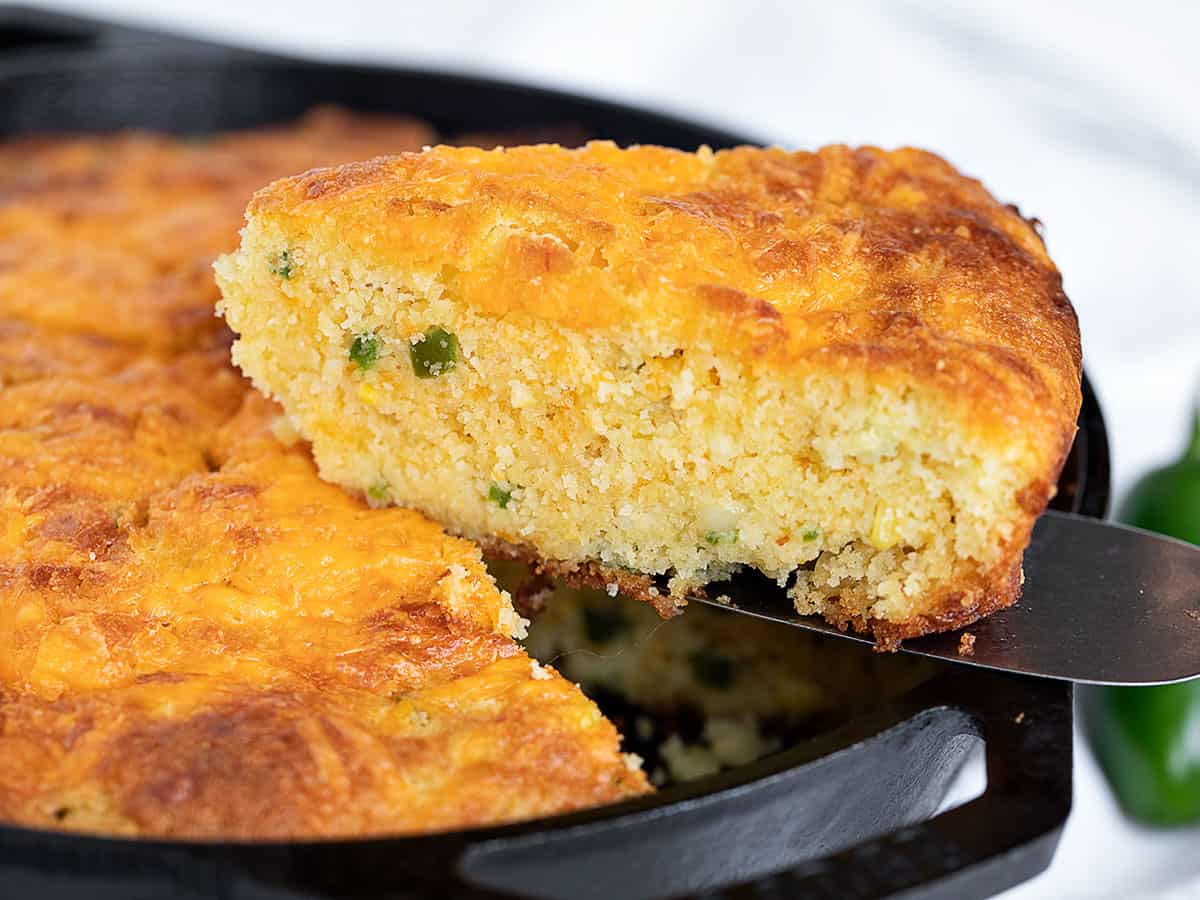 Cornbread is always a welcome addition to any meal and in my house, it's also a great way to use up left-over cooked corn, especially from Summer corn on the cob. Cooking it up in a cast iron skillet makes it even better!

This Jalapeno and Cheese Skillet Cornbread is one of my favourite recipes. It has tons of flavour and is always moist. Enjoy this cornbread with your Fall stews or soups, or as a great addition to late-summer barbecues.

Corn - Do note that you need to use COOKED corn for this cornbread. You can get your cooked corn any number of ways. You can use left-over cooked corn or corn on the cob. You can use frozen corn, that you cook as you normally would ahead of time. You don't want the corn to be hot and cold from the fridge corn is fine to use. If cooking before using here, allow enough time for the corn to cool at least to lukewarm or ideally completely, before using.

Jalapeno - The amount of jalapeño listed is just a suggestion :) It's how I enjoy it. You can adjust up or down, to taste. You can also add or substitute other peppers, if you prefer.

Cheese - I like regular cheddar cheese in this one, but feel free to use whatever cheese you like.

Cream or Milk - Any of heavy (whipping) cream, table cream, half and half cream (10%), whole milk (3%), buttermilk or even 2% milk will work here. The biggest difference will be in the moistness of the finished cornbread. Cream will produce the nicest results. I have not tested this recipe with non-dairy milks.

Sugar - The sweetness of cornbread is very subjective, so you can easily adjust the amount of added sugar here, to taste. Use 1/3 cup for a less sweet cornbread. Use 2/3 cup if you love it sweet! If you aren't sure or if you like just medium sweet, use 1/2 cup sugar. 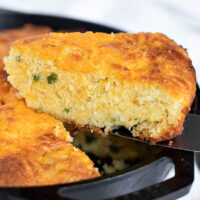